Inclusion: ‘The key to winning our fight for a better B.C.’ 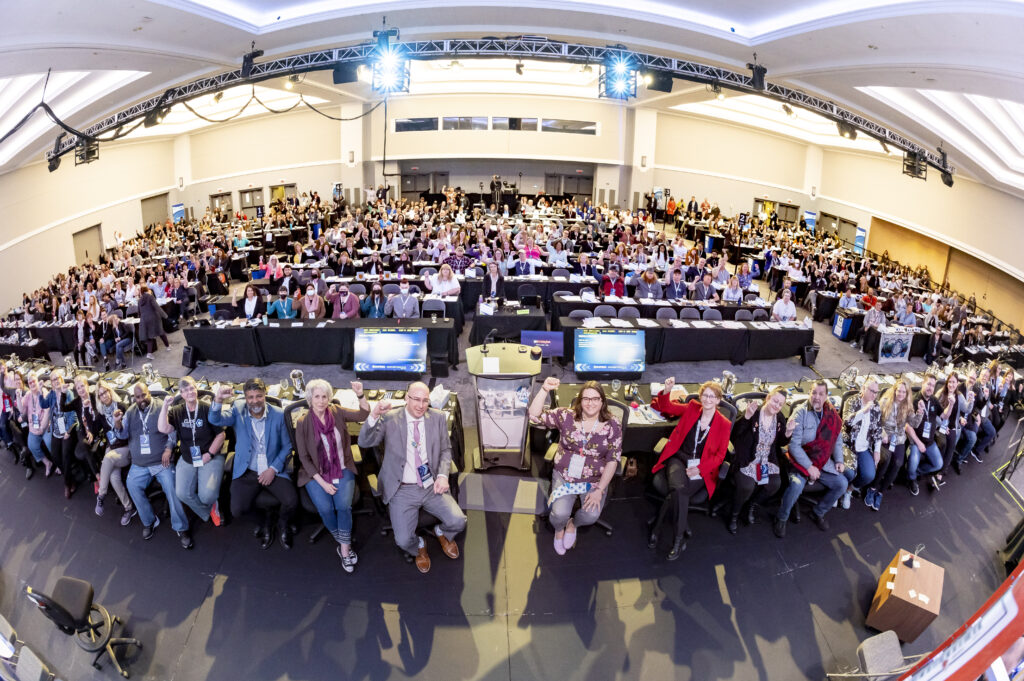 CUPE BC concludes 58th annual convention with strong direction for the year ahead VICTORIA – CUPE BC’s 58th annual convention concluded today with delegates committed to building an inclusive union and labour movement where all voices are heard and meaningfully contribute to the fight for a better British Columbia. “We need to ensure that all […] 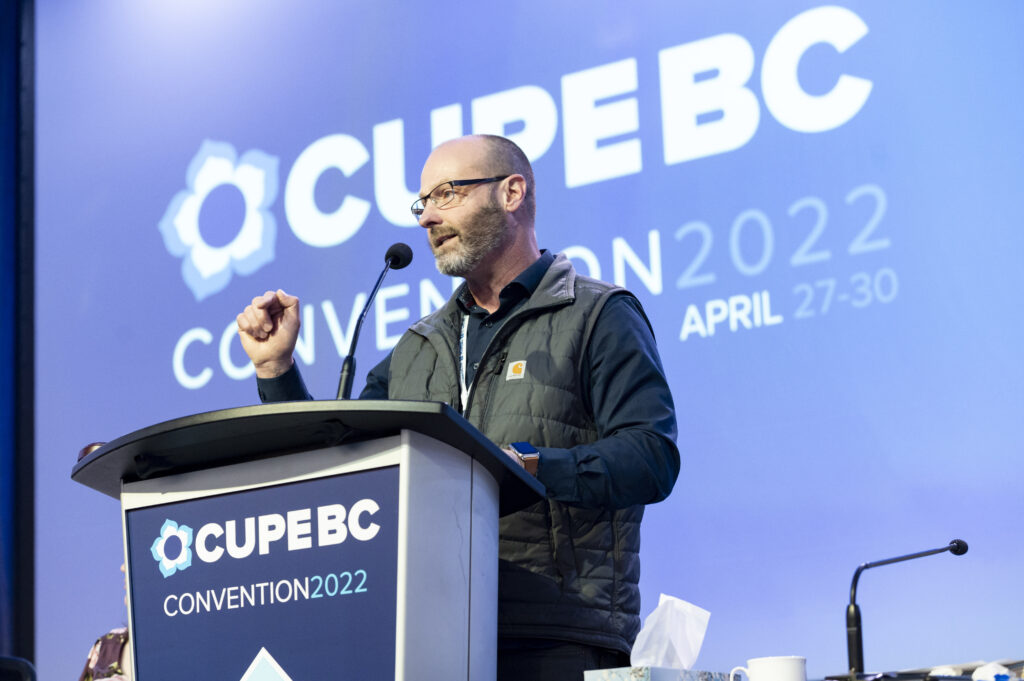 VICTORIA – Celebrating the accomplishments of B.C.’s labour movement while keeping an eye on the fights still ahead was the uplifting message brought to the CUPE BC 2022 Convention by Laird Cronk, president of the B.C. Federation of Labour (BCFED). “It’s great to be with people again, to feel the energy again…. you’re doing some […] 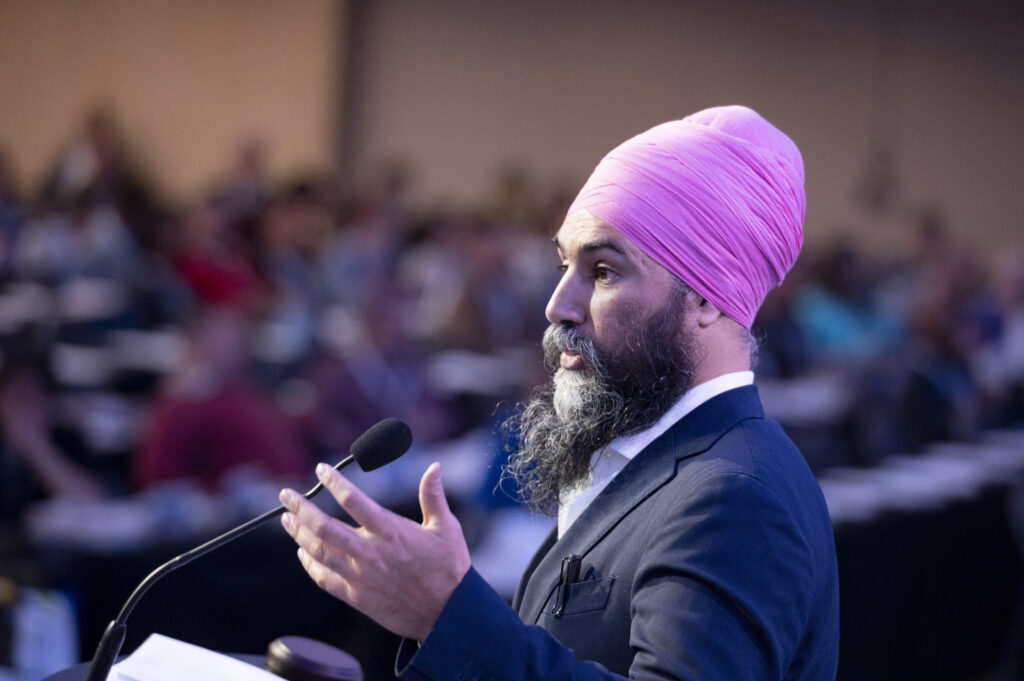 VICTORIA—The Confidence and Supply Agreement between the federal Liberals and New Democratic Party depended on the enactment of NDP policy—and New Democrats will be pushing for more progressive change every step of the way, NDP leader Jagmeet Singh told delegates in his convention address. Singh began by noting people’s increasing anxiety due to the pandemic, […]

I will have your back in the struggle for justice, equality, and respect: Rennick 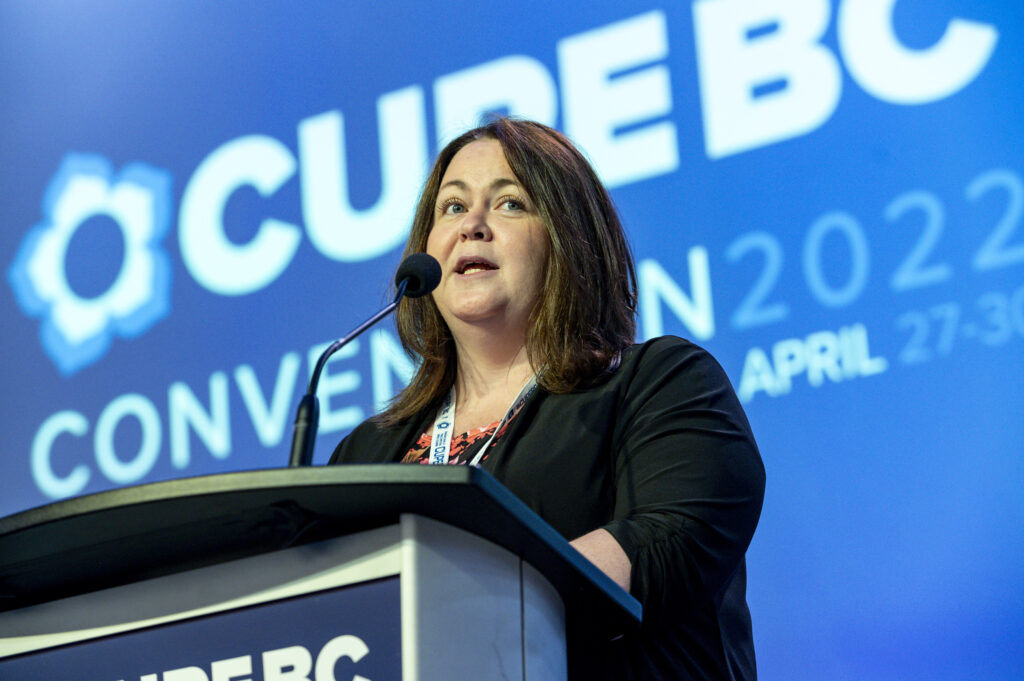 VICTORIA –Rising costs of living are hitting Canadian workers hard and CUPE National’s Secretary-Treasurer Candace Rennick committed to making sure CUPE locals have resources to fight for members. “Everyday my resolve grows stronger,” said Rennick to CUPE BC Convention delegates. Detailing the impact of the highest inflation in 30 years with rising prices of food, […] 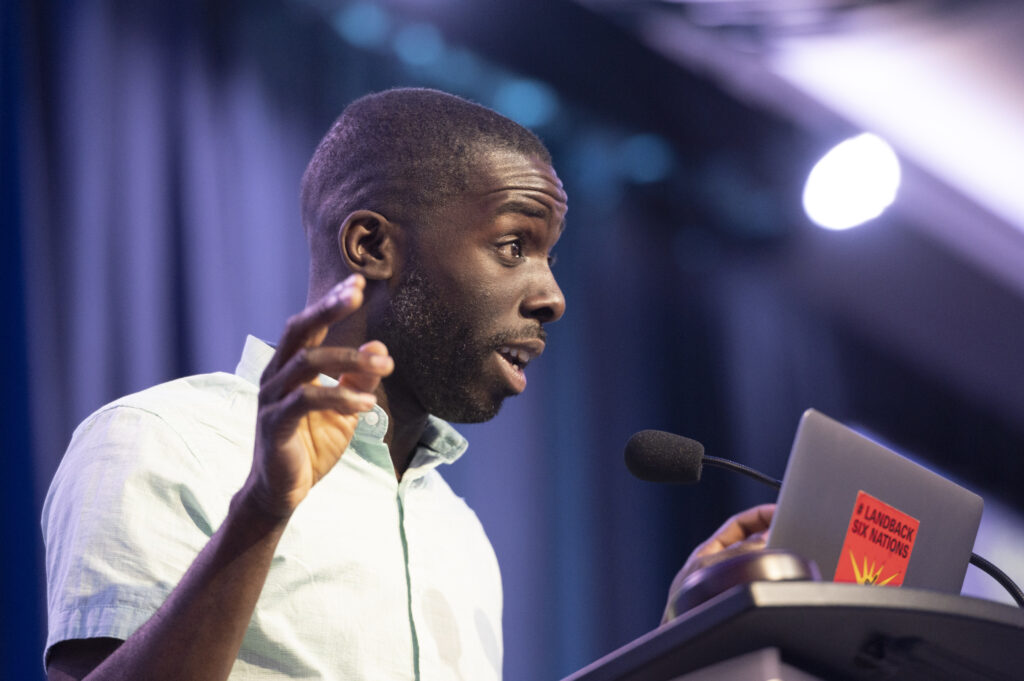 VICTORIA—The third day of CUPE BC’s 2022 convention began with a challenge to our union to move out of its comfort zone in confronting racism and colonialism. In his keynote address, journalist, activist, and best-selling author Desmond Cole started a frank discussion about what CUPE members can do to support Black and Indigenous peoples, and […]

VICTORIA—Since erasing its debt last year, CUPE BC has continued to enjoy sound financial health and now has a greater capacity for growth that will allow the union to support locals and expand its campaign work, Secretary-Treasurer Trevor Davies told delegates in his annual report to Convention. The B.C. Division ended 2021 with a surplus […]

CUPE solidarity is a critical factor in resisting the hard right: Hancock 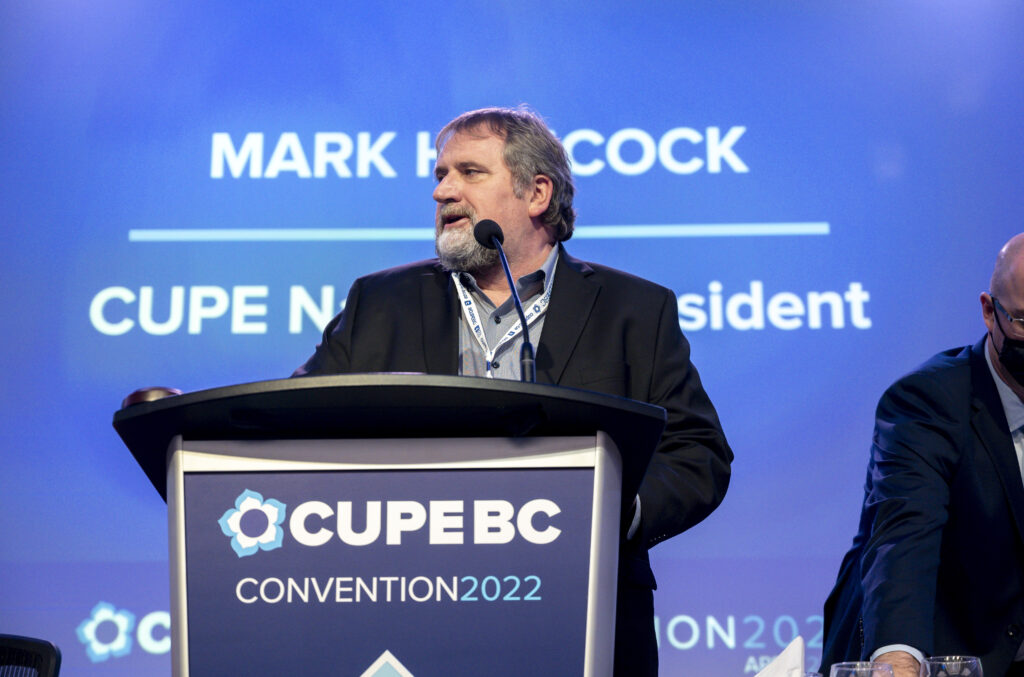 VICTORIA—The rise of federal Conservative Party leadership candidate Pierre Poilievre and the recent ‘Freedom Convoy’ movement, along with growing concerns about racism and increasing pressure for cost-cutting austerity, has made CUPE activism and solidarity all the more critical, CUPE National President Mark Hancock told delegates in his convention address. “It’s been another difficult year fighting […]

VICTORIA – Premier John Horgan took the stage at the 2022 CUPE British Columbia convention with a message of thanks to the union for its members’ tireless delivery of public services throughout the pandemic and beyond. “We have had to deal with crises and catastrophes over the past two years,” said Horgan. “We have come […]

Day of Mourning – CUPE BC statement

Today, on our National Day of Mourning, we honour the memory of workers who have been killed or injured or experienced disease and illness as a direct result of their work. This day, established by CUPE activists, has grown into an international event marked by labour and social justice organizations around the world. Despite the […] 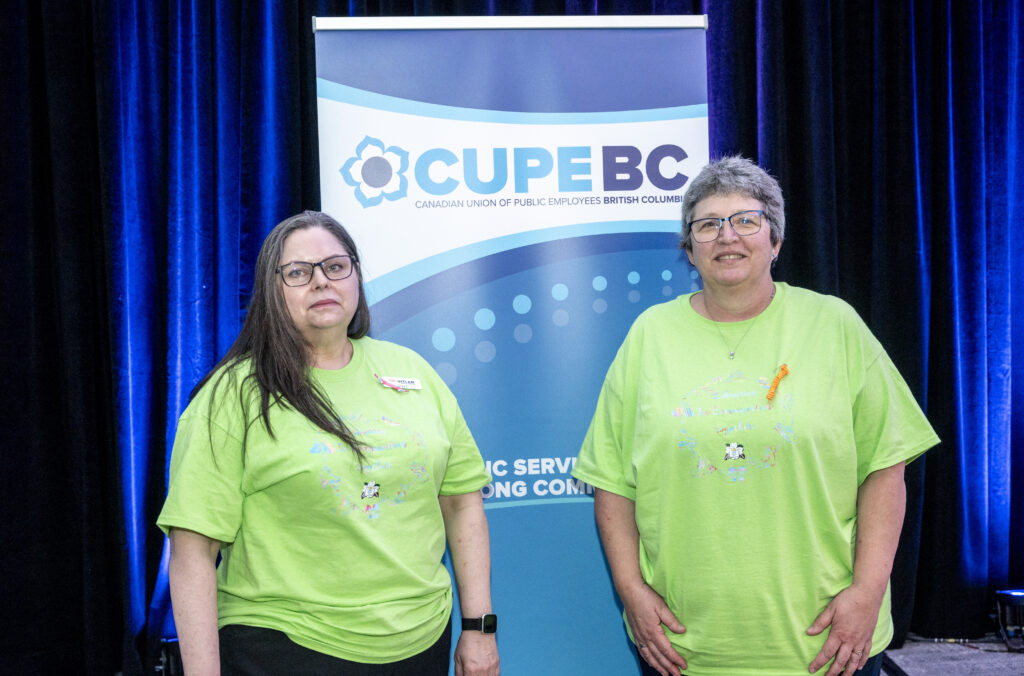 COQUITLAM – CUPE 561 representatives addressed the April 27th Coquitlam Library Board meeting and spoke out against cuts to services announced earlier this month. “Library workers helped hold our community together over the last two years,” said CUPE 561 President Jane Gibbons, who spoke to the Library Board remotely as she attended the CUPE BC […]