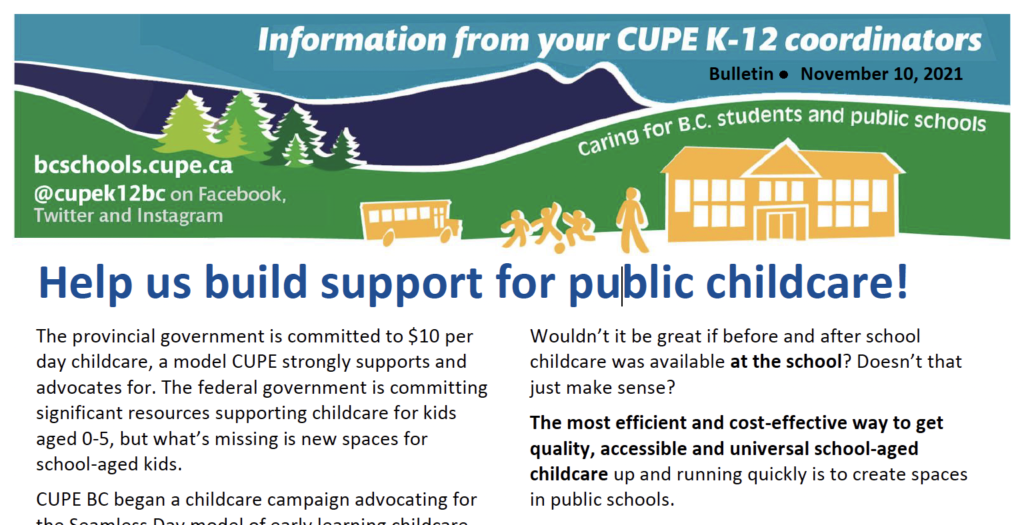 The provincial government is committed to $10 per day childcare, a model CUPE strongly supports and advocates for. The federal government is committing significant resources supporting childcare for kids aged 0-5, but what’s missing is new spaces for school-aged kids. CUPE BC began our childcare campaign advocating for the Seamless Day model of early learning […]