Making a difference for worker health and safety

Being at the table as a member of a board of directors—part of a leadership team with the same goals or community vision—is a great way to share our values and principles as union activists. Our experiences as workers, often very different from those of other board members, adds to the variety of opinions and […]

KIMBERLEY — On June 24, Kimberley residents noticed that something was missing from their Veterans Memorial Park after vandals removed 12 memorial plaques and damaged another. The plaques contained facts about Canada’s historical contribution to global conflicts, and acted as a local memorial for those from the region who gave their lives in world wars […] 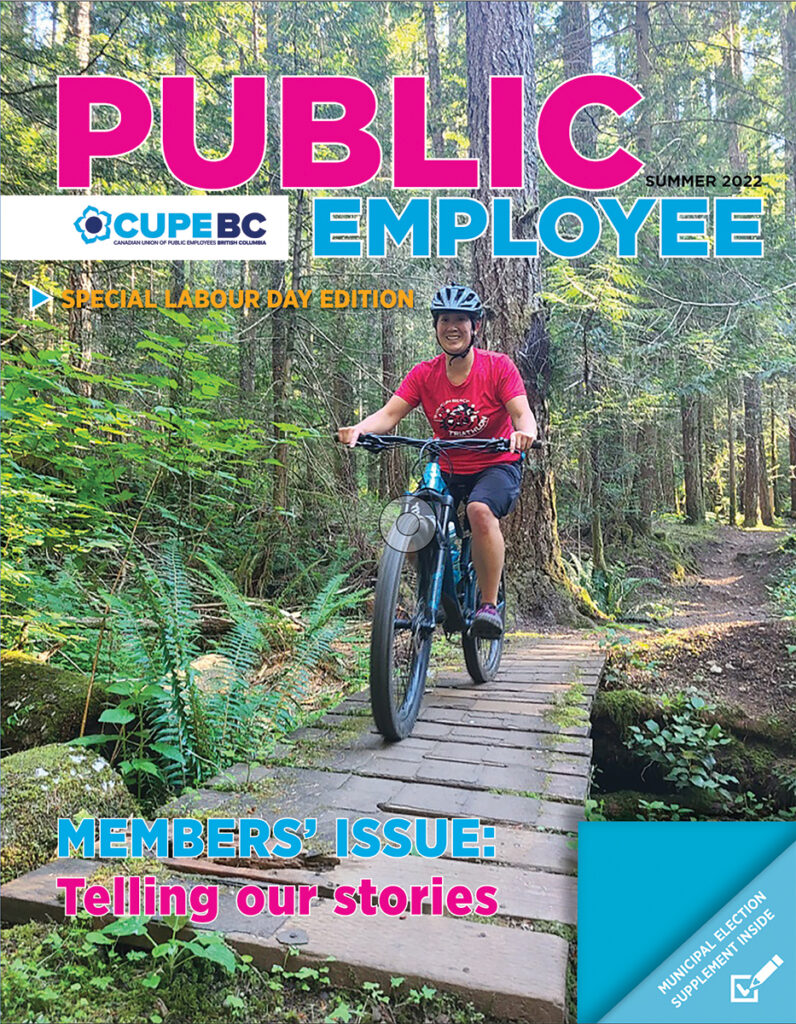 Library workers at the Powell River Public Library, represented by CUPE Local 798, voted 100% in favour of a strike in a vote held Tuesday, August 23, 2022. Workers have been without a contract since December 2021 and have been working to address the Library’s history of low and inequitable wages. “The fact that every […]

BURNABY — Citing higher fuel prices and cost of living, increasing traffic and commuting challenges, as well as concerns about climate change, two locals of the Canadian Union of Public Employees representing transit workers in the Lower Mainland and Capital Region have launched a new campaign urging more members of the public to “Try Transit!” […]

SAANICH — Workers for the District of Saanich, represented by CUPE Local 2011, have voted over 94% in favour of striking in a vote that concluded Tuesday evening. The vote was called after the two parties reached impasse last week and following the District’s withdrawal of key items actively under discussion. “The District wants the […]

CHILLIWACK— Chilliwack’s mayor and council will vote today on a recommendation to contract out the operations of the City’s community pools, including Chilliwack Landing Leisure Centre, Cheam Leisure Centre, and the Rotary outdoor pool. The facilities have been operated by external contractor Rec Excellence, and the City was considering internal operations as the contract term […]