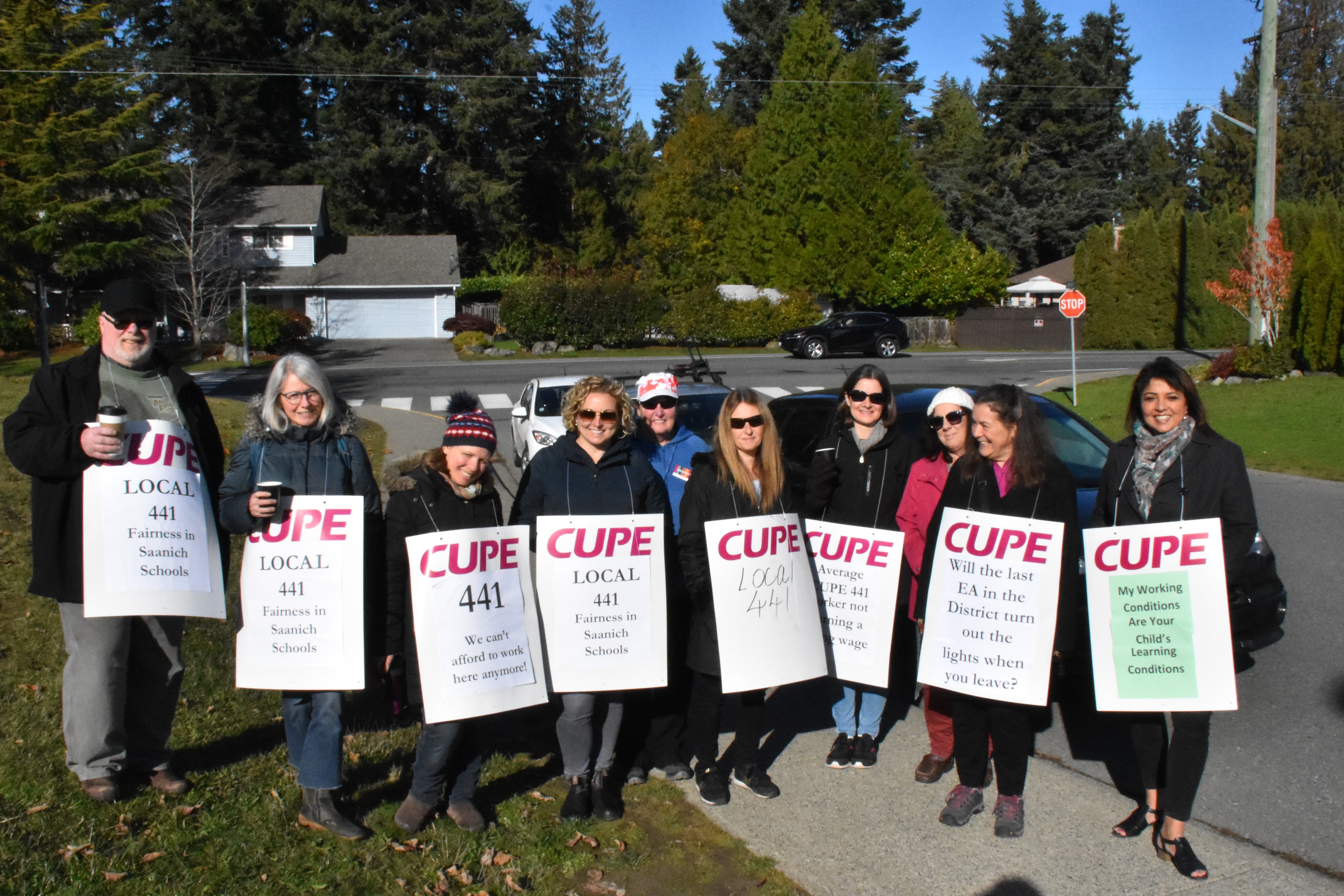 SAANICH – After two failed attempts at mediation, K-12 support staff in School District #63 walked off the job this morning. The union served 72-hour strike notice on Wednesday, October 23 but had hoped that the parties would have gone back to the table and negotiated a deal that addressed longstanding wage parity issues.

Following the bargaining committee’s rejection of the employer’s offer, CUPE 441 sought mediation to reach a deal but the two sessions were unsuccessful.

“We have let the employer know that we are available around the clock to sit down and come to a settlement,” said CUPE 441 President Dean Coates. “We are disappointed to be on strike, but we need to gain fairness for our members.”

The two sides remain unable to reach a settlement after seven months at the bargaining table.

“Our members go to work every day to ensure that students in our schools are safe and thrive,” said Coates. “We really appreciate the support shown to our members by the Saanich Teachers’ Association, parents and the general public.”