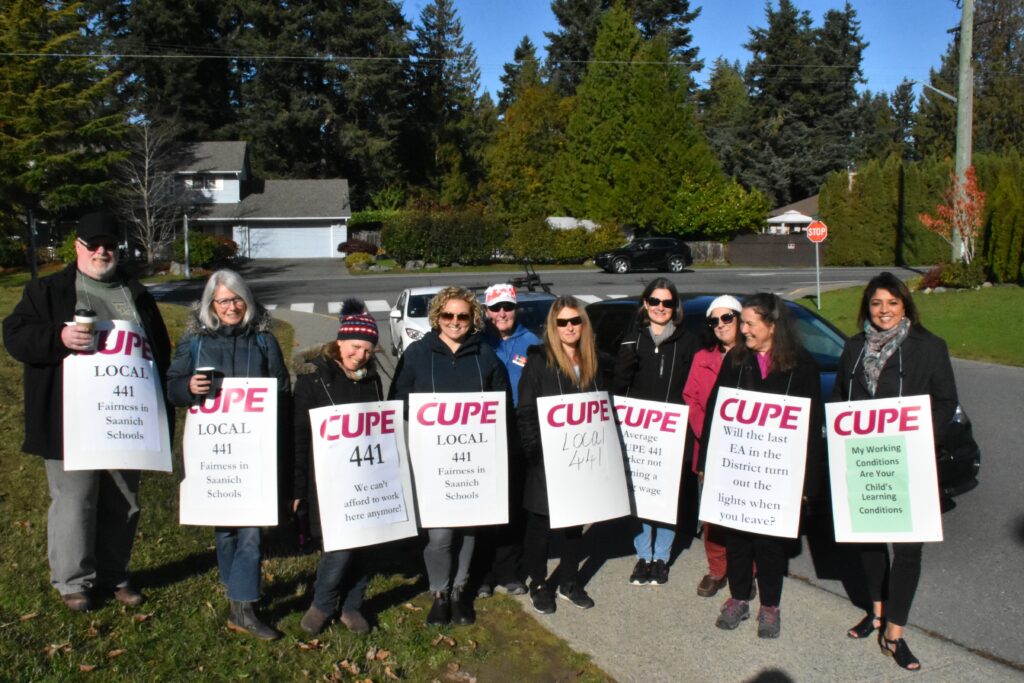 SAANICH – After two failed attempts at mediation, K-12 support staff in School District #63 walked off the job this morning. The union served 72-hour strike notice on Wednesday, October 23 but had hoped that the parties would have gone back to the table and negotiated a deal that addressed longstanding wage parity issues. Following […]

CHILLIWACK — CUPE 411, representing more than 850 K-12 support workers, have mediation dates set for November 5 and 6. The BC Labour Relations Board has appointed mediator Grant McArthur to mediate contract talks between School District #33 (Chilliwack) and CUPE Local 411. The current agreement expired on June 30, 2019. The parties have held […]

CAMPBELL RIVER — CUPE 723, K-12 support workers at School District 72 on the east coast of central Vancouver Island, ratified a collective agreement on October 19. The local bargaining began on March 19 and a deal was reached after seven rounds of bargaining. CUPE 723 President Andrea Craddock says the deal is just the […]