Hockey Day in Chilliwack: Chiefs team up with Local 458 for hat trick of victories 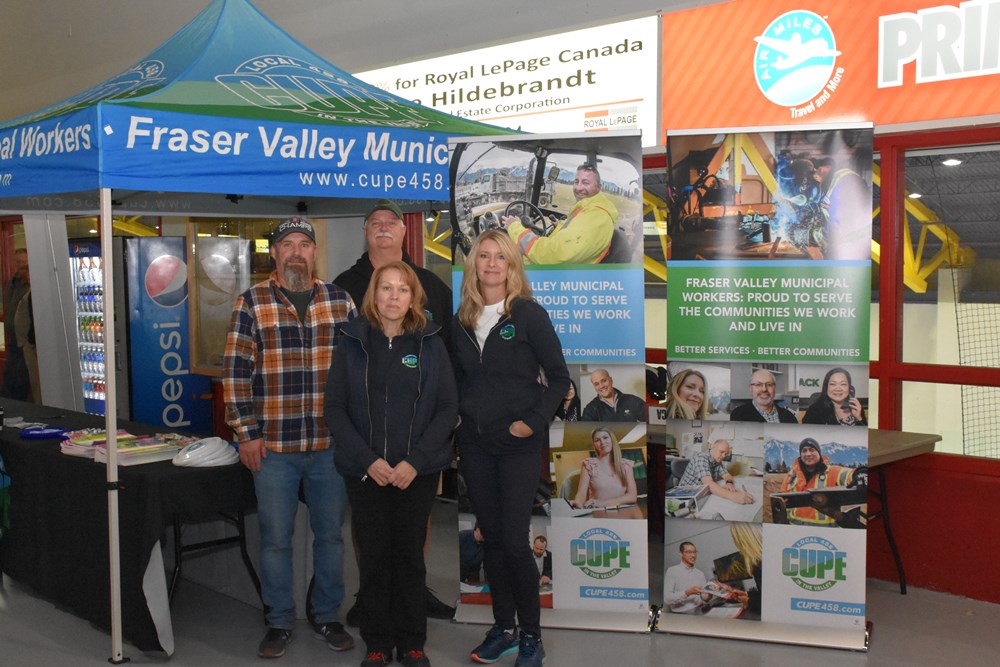 CHILLIWACK - The Junior A home team lost the game but CUPE Local 458 scored a hat trick Sunday when it hosted its first Hockey Day in Chilliwack.

“It was a win, win, win because we succeeded in engaging with our members, the broader community and the children from the elementary school our local has adopted,” said Darlene Worthylake, president for CUPE Local 458, which represents municipal workers in B.C.’s Fraser Valley.

In partnership with the Chilliwack Chiefs, Local 458 adopted Bernard Elementary school, providing them with free tickets to hockey games and other support throughout the school year. Bernard Elementary is an inner-city school within short walking distance to the arena where the Chiefs play in the B.C. Hockey League, a Junior A league under Hockey Canada.

The Chiefs lost 4 to 1 to Coquitlam Express.

The union purchased 500 tickets to Sunday’s game for the school – enough for every student to attend plus extras for a few select parents. Members also went for free.  The game was followed by an open skate for members, their families and all of those in attendance.

“Overall, the event was a huge success,” said Worthylake. “We didn’t get any feedback beforehand so we weren’t sure how it would go, but from what we heard at the game, everyone loved it and wants it to continue,” she said.

Plans are already underway for next year’s Hockey Day, turning it into an annual event. Worthylake wants to build it around the rivalry between the Chiefs and the Penticton Vees.

The event was part of a cost share campaign with CUPE National and CUPE 458. The campaign promotes the important work of CUPE municipal workers in the communities represented, builds solidarity and engages members.