BURNABY — K-12 education support workers will be featured on movie theatre screens in Cineplex theatres throughout B.C. starting on Friday, June 29, thanks to an animated spot promoting the important services they provide. 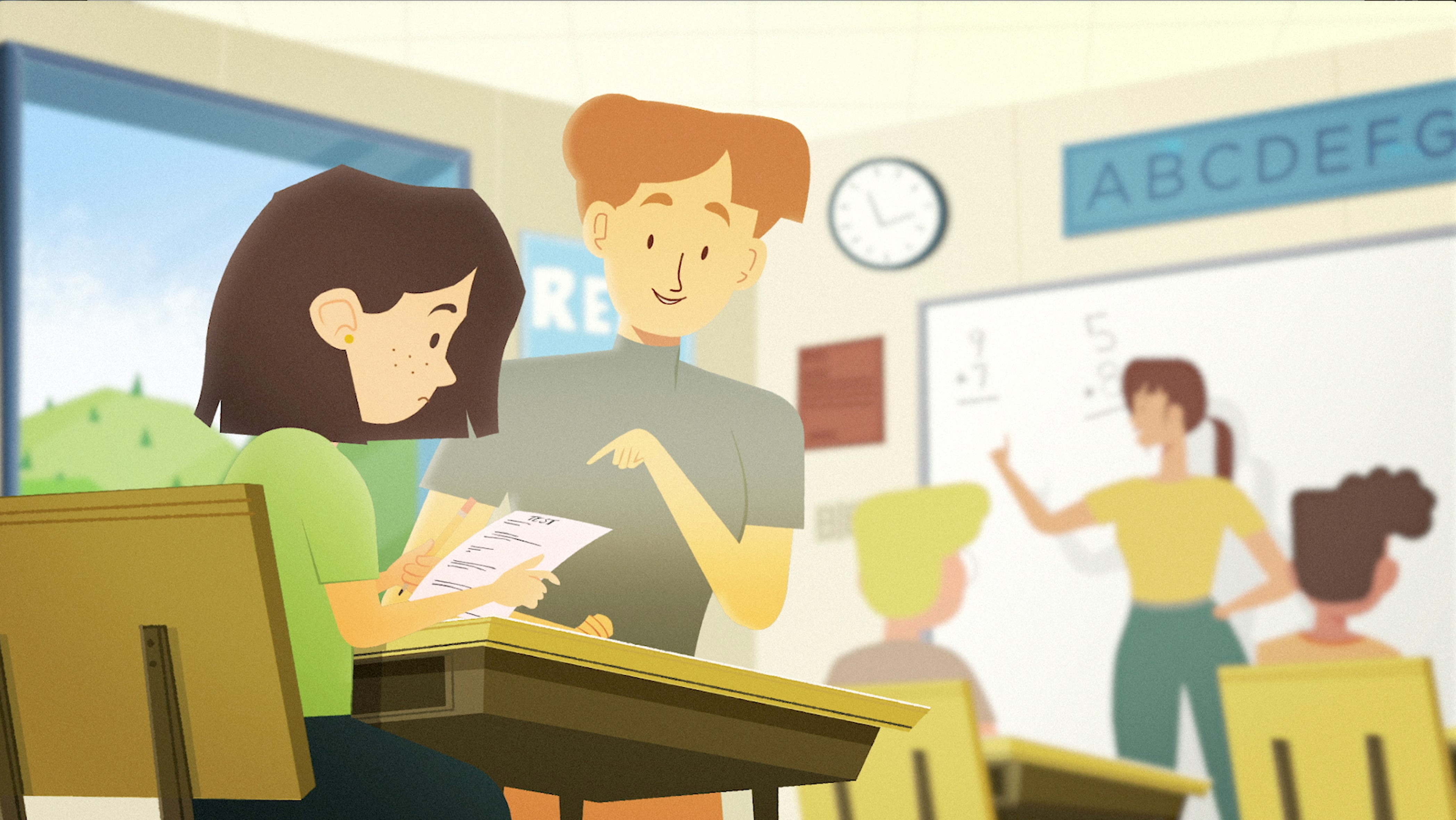 The 30-second animation features “Rachel” and some of the CUPE members she comes into contact with throughout her day at school. Featured CUPE workers include an education assistant, custodian, clerical worker, trades person and bus driver, who along with other education support workers, make great schools possible.

“It’s been tough for our members who have faced cuts over sixteen years of BC Liberal government,” said K-12 Presidents Council President Warren Williams. “This campaign will help build public understanding of the services our members provide and their importance to students in public education.”

View the animation and get more information at: bcschools.cupe.ca