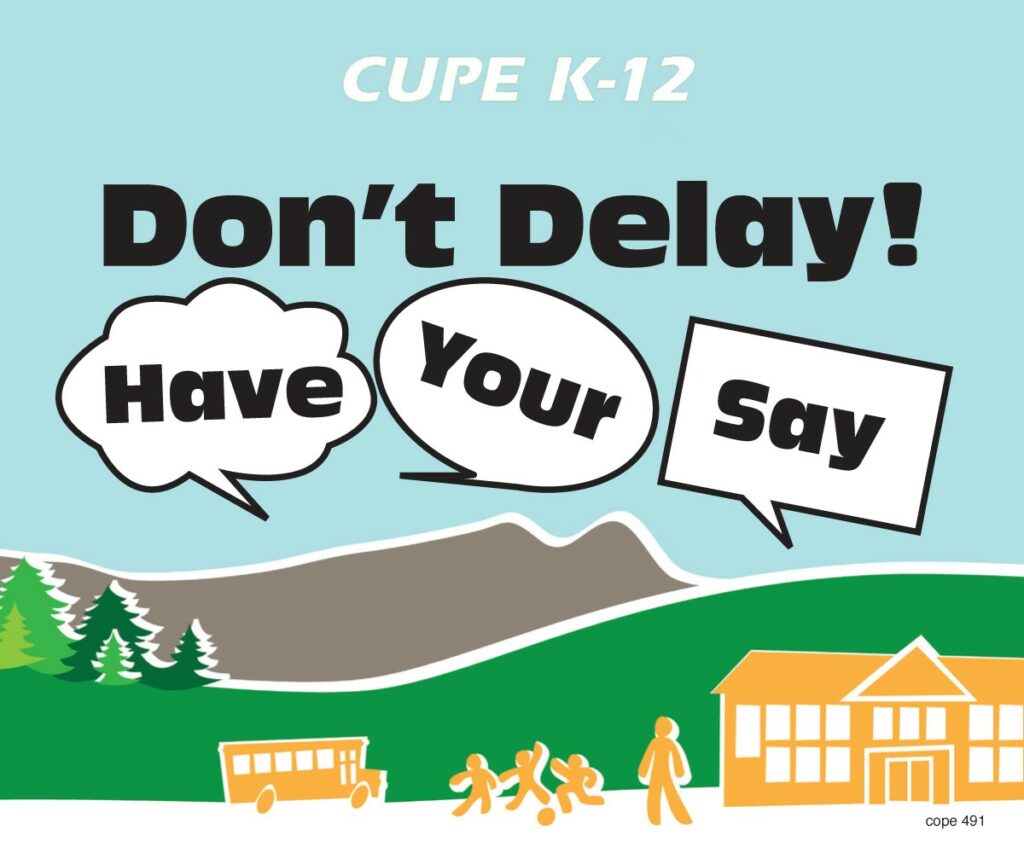 BURNABY—Members in CUPE’s K-12 sector are participating in a bargaining survey to determine their priorities in preparation for the next round of bargaining.

CUPE 409 to School Board: Reverse your decision on cuts

NEW WESTMINSTER – Support staff workers in K-12 packed council chambers last night at a regular school board meeting to talk about the impact of unexpected cuts on students and schools.  Among the cuts announced recently, clerical workers are having their hours rolled back from 35 to 27 hours in large schools with more than […]