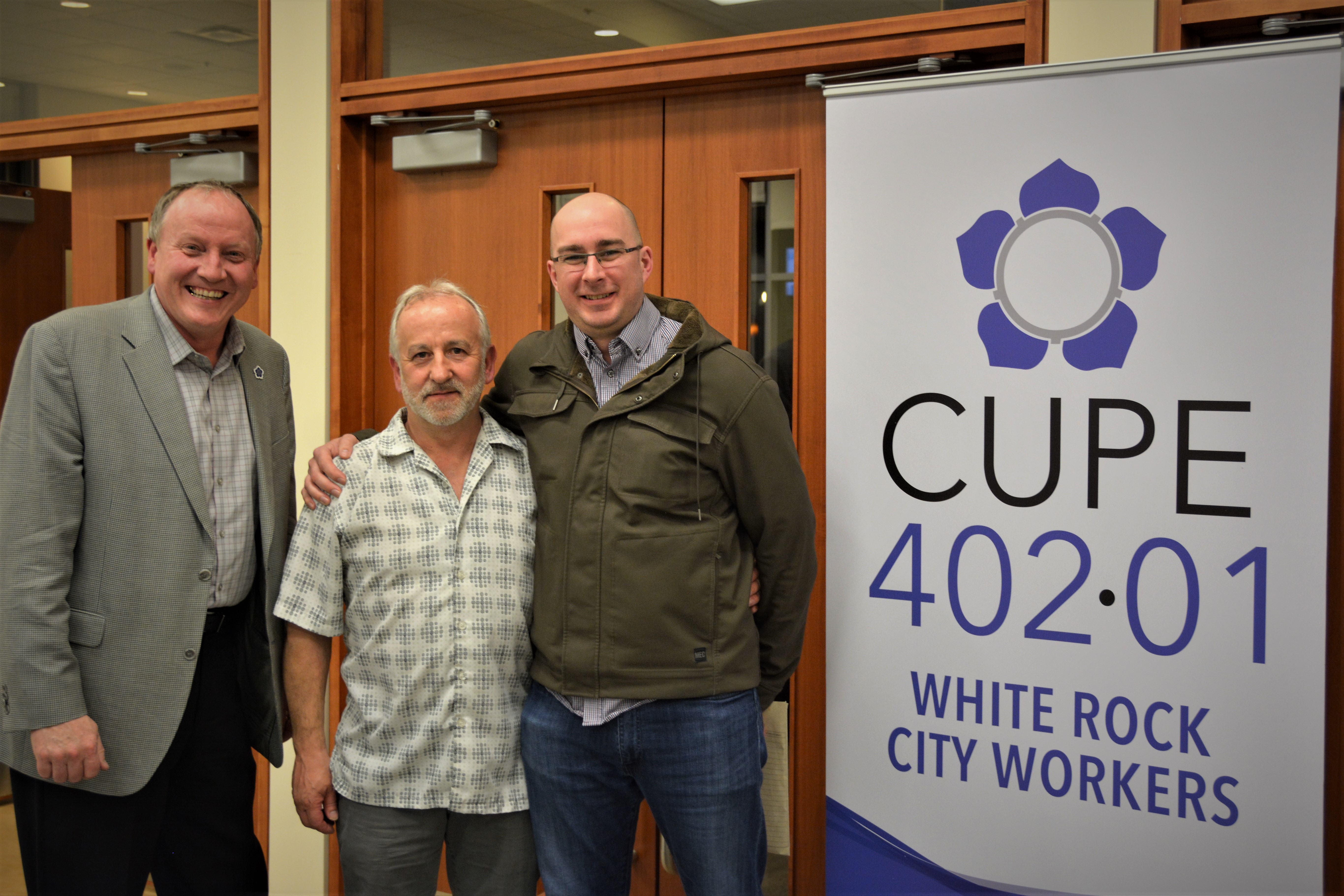 WHITE ROCK – More than 50 residents gathered Wednesday night (April 19) to attend “Trash Talk”, a community forum organized in support of keeping publicly delivered solid waste services in White Rock. The forum was hosted by CUPE 402-01, the union that represents White Rock municipal workers, and included a panel of speakers followed by a question and answer session.

“It was great to see so many residents come out and engage in a discussion about a very important community service,” says CUPE 402-01 President Mike Guraliuk. “Solid waste services are important to our community and the quality of solid waste services not only impacts residents but also impacts visitors’ first impressions of White Rock and the ability for us to meet waste diversion rates and improve environmental standards.”

Gaetan Royer, co-author of the Columbia Institute's Centre for Civic Governance's report Back in House: Why local governments are bringing services home and former city manager in Port Moody, spoke about his personal experience with privatized solid waste services.

He explained the reasoning behind Port Moody’s decision to bring their waste services in house and the positive impact that decision had on the community. He also cited the importance of a strong working relationship between municipal staff and the union representing workers, encouraging staff and elected officials to see it as a partnership and to draw an employees’ knowledge to improve services, solve problems and find efficiencies.

Royer also covered the importance of having a strong procurement policy that includes the ability to fairly consider an in house service option, and talked about the challenges of enforcing a contract with a contractor and the challenges of making service adjustments if you are locked into a long-term contract.

Keith Reynolds, a policy analyst and contributor to the Back in House report, shared several case studies showing the success municipalities had with bringing community services in house and Jordana Feist, a Research Representative at CUPE, talked about how municipalities can purchase infrastructure and equipment at an affordable rate through the Municipal Finance Authority (MFA).

A question and answer session was held at the end of the evening where residents voiced their concern about the possibility of solid waste services being privatized and also expressed support for the current service provided by CUPE 402-01 members.

Guraliuk says this forum was the first event in a campaign to keep solid waste services public and more information can be found at facebook.com/LetsKeepSolidWasteServicesPublic.