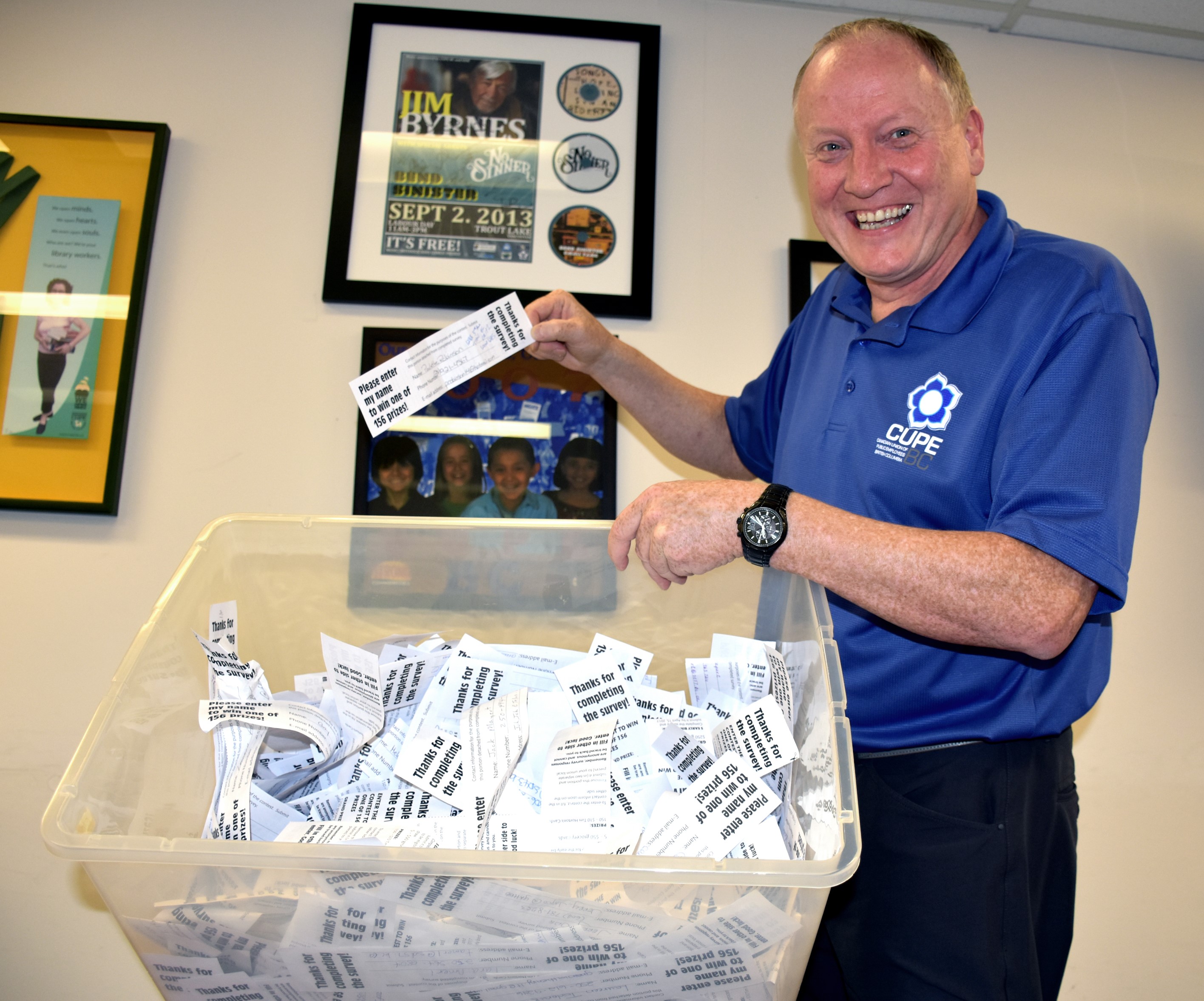 CUPE BC President Paul Faoro with the winning entry from the more than 1,200 K-12 survey participants. Grand Prize winner is Paulette Robinson, an elementary school custodian in Trail.

BURNABY – Paulette Robinson, a custodian at James L. Webster Elementary School in Trail, was the lucky winner of the $250 Grand Prize Draw held last week at CUPE BC offices. Robinson's name was entered into the draw along with more than 1,200 other entries from custodians who completed the K-12 custodial survey. Another 150 K-12 custodians are draw winners and will be receiving a Tim Horton's gift card valued at $10 in the mail.

Robinson, a member of CUPE 1285, has been a custodian since 2005 and hopes things will improve as a result of the survey.

The survey is now closed. Here are some preliminary results:

• Almost half of custodians don't have enough time to complete their work.

• 62% have seen their workloads increase since they started work.

• 30% have been told to lower their standards.

• 45% are not replaced when they are away for short periods.

A final brief will be issued once survey results have been tabulated.

CUPE BC President Paul Faoro thanked all members in K-12 for their participation.

"Because so many of you took the time to fill in the survey and tell us what's happening in B.C. schools, we will be able to make a stronger case for the need to restore funding for services CUPE members provide in K-12," said Faoro.