Saunders to CUPE activists: Get the job done on May 9! 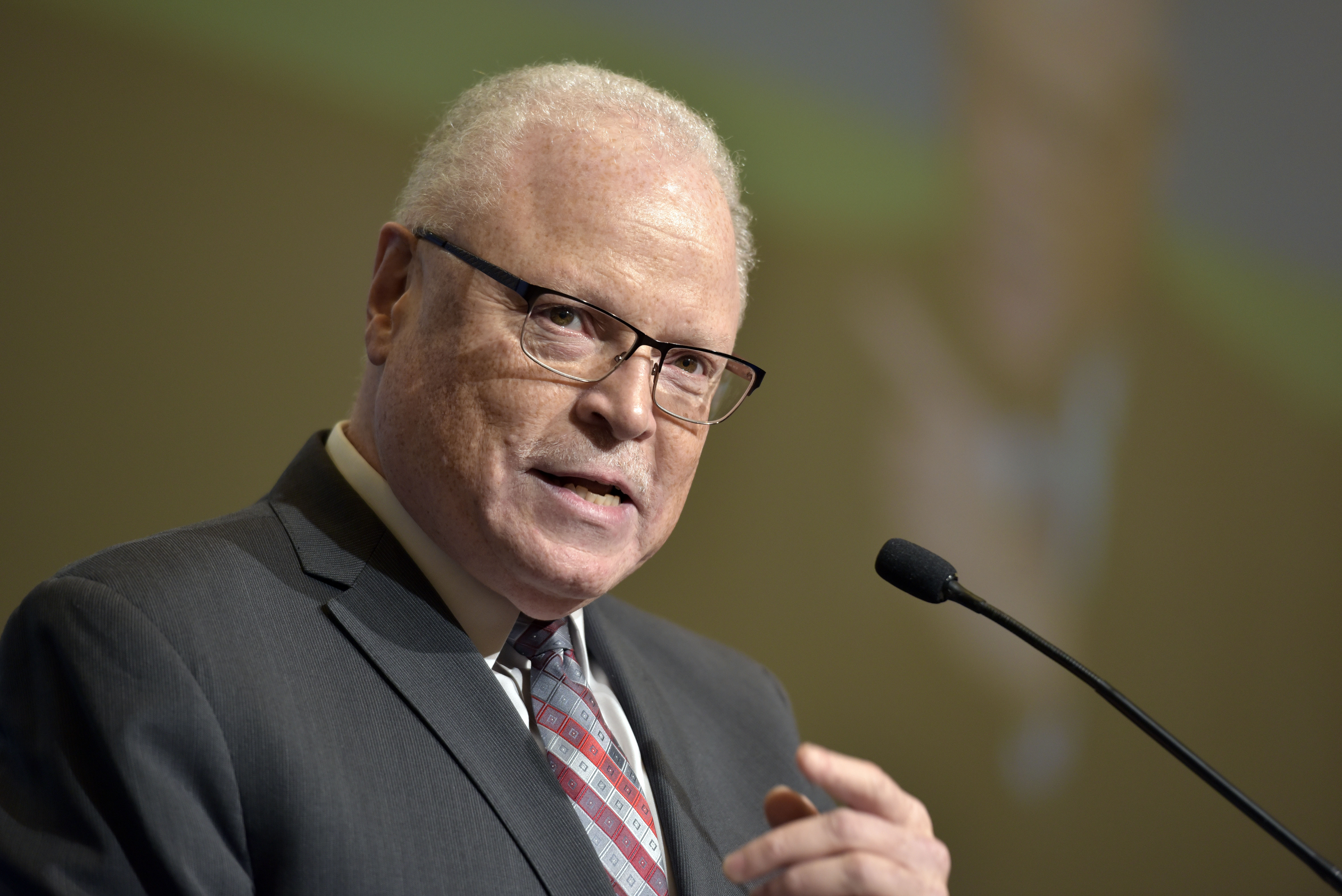 VICTORIA—CUPE members can make all the difference on May 9 and must work harder than ever to finally defeat the BC Liberal government, U.S. labour leader Lee Saunders told convention delegates in a rabble-rousing guest speech on Thursday morning.

Saunders, president of the American Federation of State, County and Municipal Employees (AFSCME), had a stern warning about the dangers of complacency and over-confidence when facing a seemingly weak election opponent.

“Take it from me: you do NOT want to wake up the morning after the election with a hangover that will last for many, many, years,” said Saunders, recalling the sense of shock, dismay, and bewilderment many Americans felt on November 9—the day after Donald Trump was elected president of the United States.

Saunders acknowledged that labour leaders, including himself, underestimated Trump’s appeal to large numbers of working Americans. As a result, he said, unions are fighting battles on a national level as challenging as anything at the state level.

“The attacks are fast and furious throughout our country. More than half of the United States – 28 states—now have right to work laws,” he said. “That means workers can enjoy all the advantages of union contracts without having to pay any dues. Under right-to-work, they don’t have to pay a dime.”

“A few months ago, the governor in Iowa signed a law demolishing our collective bargaining rights,” he said. “All we have left is the limited ability to negotiate base wages. Everything else—all the important terms of employment that make a difference in our lives, like health benefits, occupational safety, grievance procedures and more—is off the table.…. Next door in Illinois, the governor – a guy by the name of Bruce Rauner – bad guy. He wakes up every single morning thinking of ways to screw us.”

After AFSCME’s contract expired in June 2015, Saunders recalled, Rauner walked away from the bargaining table and refused to negotiate. Instead, he imposed a four-year wage freeze and demanded that AFSCME members pay 100 per cent more for health insurance. The good news—that AFSCME defeated Rauner’s attempt to kill union fees—is an encouraging sign of the power of collective action.

“We’ve got to get back to basics and educate, mobilize and organize: block by block, school district by school district, county by county, state by state,” said Saunders, noting that collective action resulted in the defeat of Trump’s first nominee for Secretary of Labor, fast food CEO Andrew Puzder.

There are still many challenges ahead and, with Neil Gorsuch’s Senate confirmation as United States Supreme Court justice, the political climate “is as hostile as anything we’ve ever seen,” noted Saunders. But the spirit of activism is high: AFSCME’s membership grew by 12,000 last year—even as overall union density shrunk across the U.S. labour movement.

“Maybe we needed this kind of fight to get our act together,” he said. “I wouldn’t wish this on anyone, but maybe it took this election to wake up some folks…I truly believe that Trump has lit a fire under people. You’ve had demonstrations worldwide—the women’s march, the climate march—galvanizing communities, folks coming together and turning frustration and anger into action.”

Turning his attention to B.C. politics, Saunders warned delegates not to make the same mistake on May 9 that progressive Americans did on November 8—doing a “victory dance” before the election is in the bag.

“In my wildest dreams, I never once believed that Donald Trump could become President of the United States. So don’t make that same mistake. Don’t let what happened in my country happen here in British Columbia. The stakes are absolutely too high.”

The charismatic union leader concluded by revving up delegates for the final countdown to E-Day.

“Go out and make it happen. This is not a time for complacency or overconfidence. This is a moment in your lives to organize, to educate and mobilize, to hit the streets, to knock on doors, to put boots on the ground. Don’t blow it like we did. Leave it all on the field.”