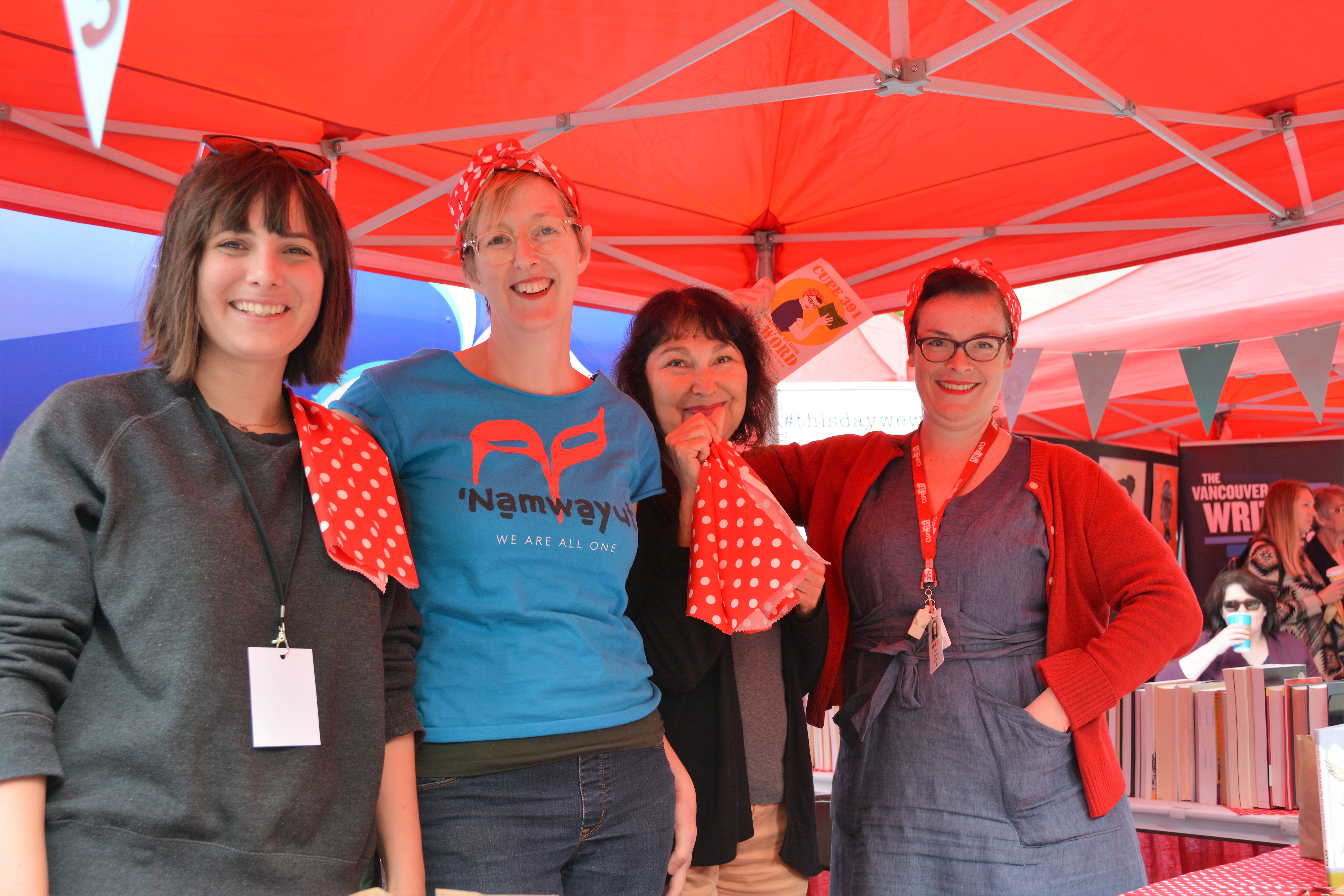 “We are proud to support this festival annually because promoting literacy in our community is vital,” says CUPE 391 President Aliza Nevarie. “Word Vancouver is an excellent opportunity to speak with the public about the services that are available at their local library and reinforce the value of the community services our members provide.”

The local hosted a booth at the festival which featured various printed materials including book lists (one for adults and one for children) and a film list produced by CUPE BC’s library committee.

As part of the sponsorship the local also hosted author readings, where two CUPE 391 members, Danielle LaFrance and Chelene Knight, read from their published books Friendly Fire and Braided Skin.

CUPE 391 represents over 800 members who work at Vancouver Public Library branches throughout the city as well as public library workers in Sechelt and Gibsons. You can learn more about CUPE 391 here.