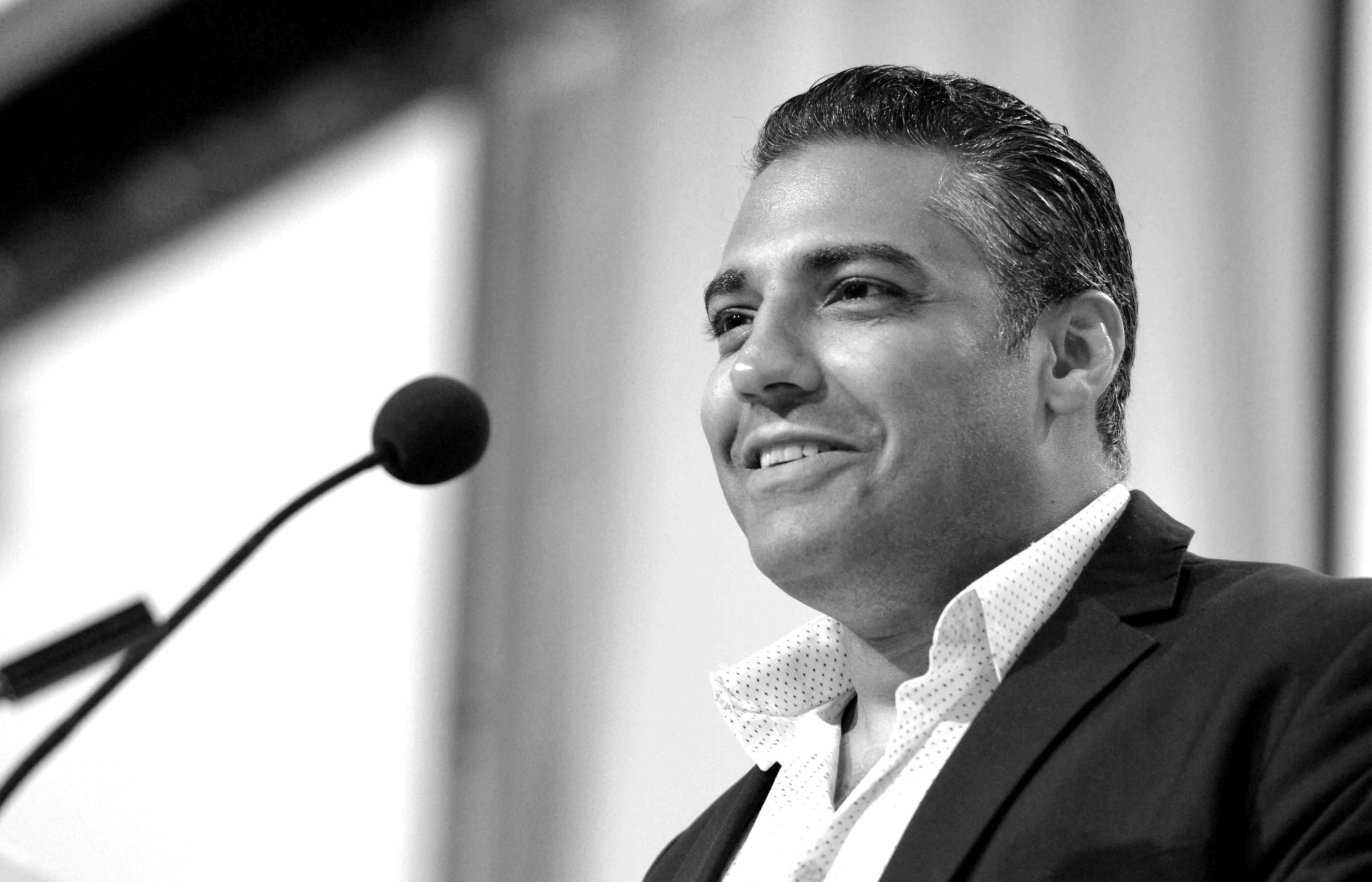 Fahmy, this year’s international solidarity guest speaker, was working in Egypt in 2013 when he was arrested on bogus terrorism charges. He spent 438 days in prison sharing cell space with ISIS and Al Qaeda militants.

In his address to delegates, which coincided with the Day of Mourning, Fahmy paid tribute to all workers killed on the job in the last year. In recounting his harrowing story of wrongful arrest and imprisonment, he said he was lucky: for many colleagues (including his friend Steven Sotloff, a Time magazine reporter who was beheaded by ISIS), journalism has been a fatal occupation.

“I came to Canada as an immigrant like millions of people in the early 90s: looking for the true meaning of democracy, press freedom, human rights, rule of law, and co-existence,” said Fahmy.

“Values you promote at CUPE BC: Labour unions with transparent elections, political parties, and true democracy. What we live and breathe here—that’s what they’re fighting over there.”

Having a union behind you, said Fahmy, is an invaluable way to protect yourself when your situation hits rock bottom.

“During my trial I learned for the first time that my employer Al Jazeera did not have the proper operational licenses, used some of my video reports on an illegal channel, and was already in political battles with Egypt while we journalists were left in the dark about all of this,” he said.

“None of these issues should have been settled in a terrorism court, and Egypt should have punished the network for these administrative mistakes—definitely not us honest journalists. Did I have a union to play referee between the network and I? No!”

Since his release, Fahmy has been working to protect other Canadians from falling into a similar situation—or one worse than his. In addition to the Fahmy Foundation, established last year to help reporters, photographers and prisoners of conscience unjustly imprisoned around the world, he has drafted a protection charter with Amnesty International.

“You want to know as a Canadian travelling abroad, or if you have children going overseas, that you will be safe and that your government has a rooted mechanism to protect you,” he said.

“Through this charter we hope to enshrine a law that obligates the government to provide consular assistance to Canadians facing human rights violations. The provision of consular assistance as it stands today is instead discretionary, left to the Minister of Foreign Affairs to take up if and as he or she wishes. It’s time to make it a law.”

CUPE BC President Paul Faoro said the Union would support the charter and take the earliest opportunity to formally endorse it.