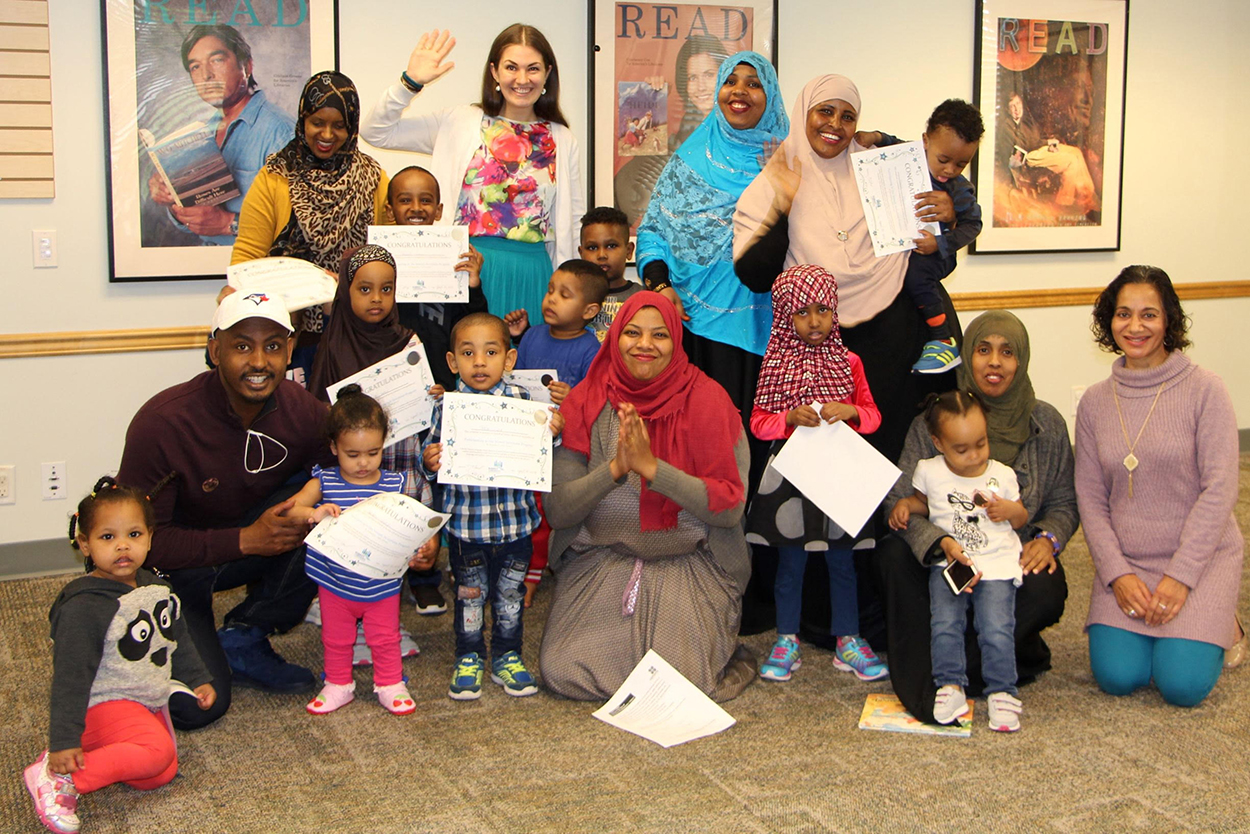 SURREY—CUPE 402-02 member Tania Thomas enjoys being an agent of change. “I can lead and take positions of influence for oppressed communities within my own organization and in the library field,” said Thomas. “I can be their voice at the table and take action on things that need to change.”

Thomas says that her Surrey Libraries job as Newcomer Family Services Librarian is so varied, it’s impossible to get bored. For every hour that she’s out in the community doing outreach, there’s at least 6 hours of prep and follow-up that goes on behind the scenes including planning, communicating, creating new resources and tools, and advocacy.

Thomas received the 2021 BCLA Building Better Communities Award, awarded for increasing the relevancy and impact of library service through partnership, collaboration, and building trust where little had previously existed.

“I felt honoured and at the same time I felt that I was so fortunate to be able to be the face of this program,” said Thomas, citing the effort and investment by many people and the Somali community to create Somali Storytime and Somali Parenting. “All the legwork that went on behind the scenes made it possible.”

A rich and deep partnership developed over the years between Surrey Libraries and Options Community Services paved the way to take on the challenging project. The fact that the library has a position focused exclusively on serving immigrant and refugee families and children also made the large program possible.

“The Somali community in Surrey stepped up and told us what they wanted – a story time and parenting program that was culturally relevant and appropriate for their families to attend,” said Thomas, explaining that most, if not all, of the young Somali families in Surrey are refugee families. “The concept of public libraries, for a lot of the families I serve, may not have existed or would have looked very different in their home country.”

Having ownership over the program was important for the Somali families to feel comfortable, so one parent was invited to be a guest storyteller. The community also wanted a welcoming place where they could be themselves. This was accomplished by including culturally appropriate stories and songs, telling Somali folk tales, and singing songs in both languages.

Grant funding is typically only available for new programming and although the Library was unable to continue Somali Storytime because of budget limitations and no longer having a Somali interpreter, last year they and Options followed it with a popular Somali Parenting Workshop. Thomas points out that Surrey has an amazing linguistic diversity. Surrey Libraries purchases materials in the most-frequently spoken 18 languages.

“Struggling to find the money is one of the challenges of this work,” says Thomas. “It’s a joy to serve the Surrey community but our funding does not reflect our population and especially the needs with such a high proportion of newcomers. So many of them are refugees and so many of them are children,” says Thomas, who says they do what they can.

Thomas notes that when service providers are in a position with limited resources and a lot of need, the easy road can be to maintain the status quo and do what’s always been done or to serve the more mainstream population.

“That’s unfair and it excludes people from being able to fully participate. I’m hoping that learning about this series of programs shows that with partnerships and creativity it is possible – even on a shoestring budget – to find ways to serve communities that have barriers.”

“We can’t just respond with apathy to these issues. We need to try to innovate in small ways and big ways to have equitable services.