No challenge too great for CUPE: Fleury, Davies

VICTORIA - Despite ongoing economic and political pressures, CUPE has been resilient and continues to thrive in B.C. and across 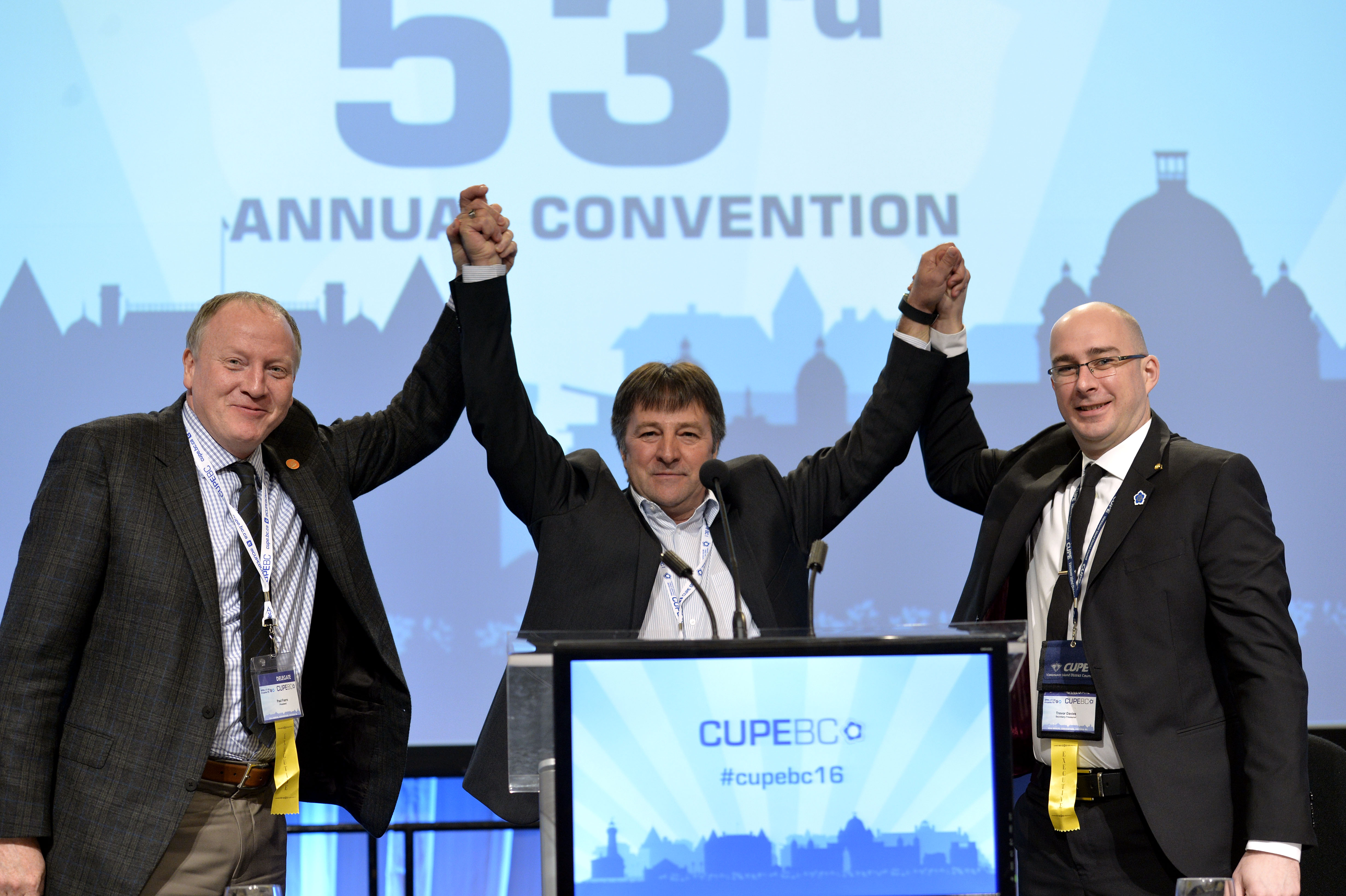 “There are many issues facing CUPE members today—including bargaining attacks, a declining union density rate and funding freezes,” said CUPE National Secretary-Treasurer Charles Fleury. “But we know what to do to win; we know how to mobilize and resist attacks.”

Fleury reported on recently approved changes to strike fund regulations and provided an update on the National Strike Fund Taskforce, which is looking at how CUPE can protect the fund and increase support for striking members.

He also recognized the role of stewards as “one of the most important in our union” and pledged to help support and mentor new stewards. And he reconfirmed CUPE’s commitment to fighting climate change, pledging to turn CUPE workplaces into green technology leaders.

“It’s time to take action, we must make serious plans to look into what CUPE can do to push against climate change. We must take action together and do everything possible to generate ideas and solutions,” he said.

In the next year, the National Secretary-Treasurer’s Office is also focusing on trustee’s reports. Fleury encouraged locals to submit their trustee’s reports, which will increase the financial accountability of our union.

In his first report to Convention, CUPE BC Secretary-Treasurer Trevor Davies praised the fine example set by his predecessors, trustees’ diligence in studying audited financial statements, and the excellent work of financial and administrative staff in keeping CUPE BC’s finances strong through a challenging period.

The Union’s support of B.C. teachers during their strike, and of CUPE Locals 2262 in Castlegar and 402-01 in White Rock during their job actions and Local 7000 during the Southern Rail lockout, said Davies, had a major impact on the Defence Fund. Total spending was roughly $2.9 million, partly funded by a reduction of $500,000 from investment holdings.

“Today we have achieved our primary goal and have increased the funding in the Defence Fund to over the $750,000 threshold for the levy. Net assets now stand at $1,001,862 and growing,” he said.

Davies noted that CUPE BC membership has dipped recently due to job losses.

“Education locals have faced the majority of those job losses, so we have to work together—instead of fighting against cuts to fight for a fully-funded education system,” he said, prompting enthusiastic applause.