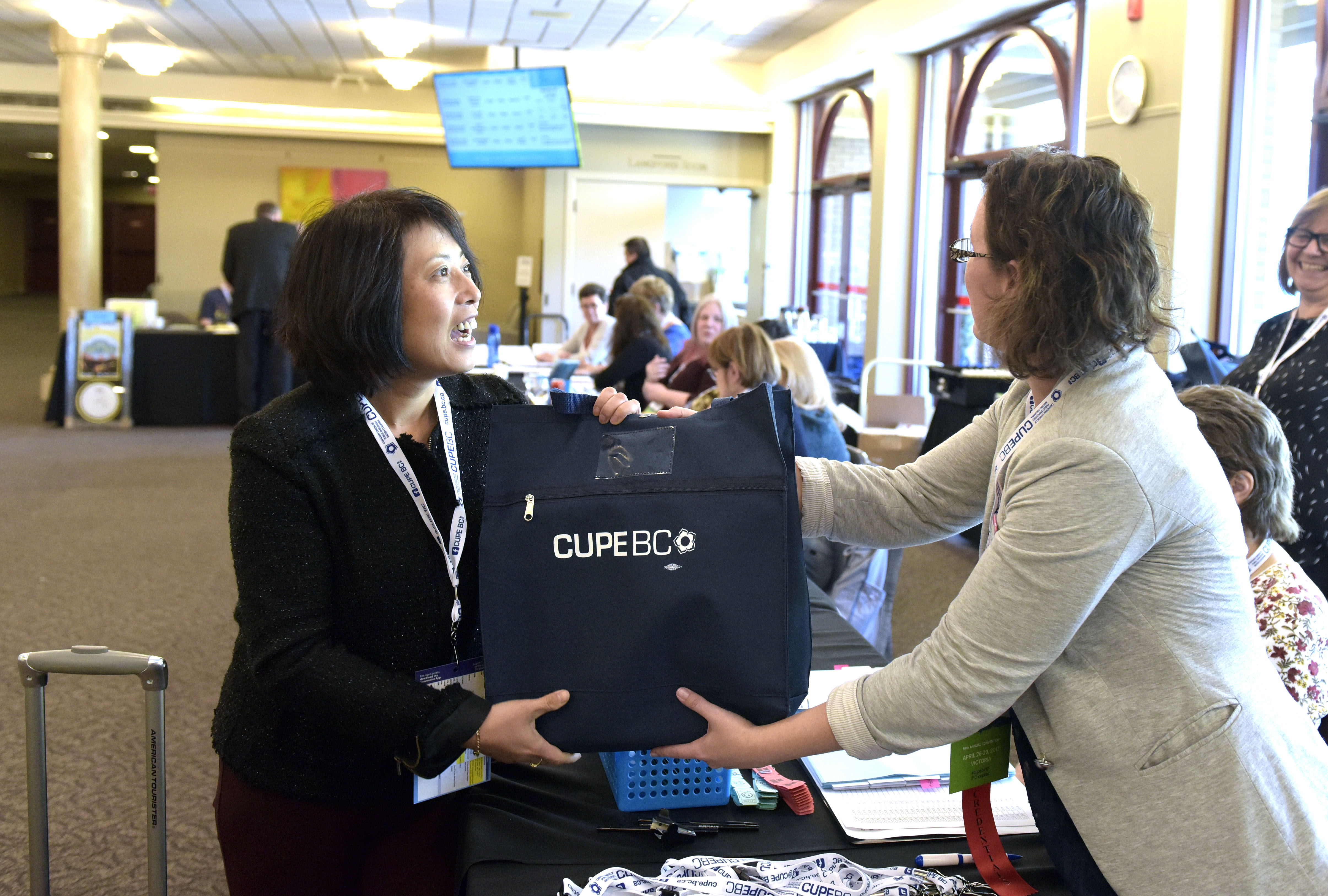 GREAT EXPERIENCE - New delegate Grace Ju, a CUPE 391 library technician at Vancouver Public Library (pictured here registering), found the session very informative. She appreciated the introduction to CUPE BC's executive, and got clarity on procedures and what to expect.

CUPE BC President Paul Faoro welcomed and thanked delegates for taking time away from their jobs and families to do the important business of the union.

Faoro, as well as reviewing rules of order and voting procedures, offered new delegates the vital tip of hanging onto their credential badge so that the entire Convention doesn't have to approve the replacement badge they'd need to get onto the convention floor. Delegates enjoyed the CUPE BC standing joke: when you go back to the hotel at night, hang your credential on the door knob – on the inside of your door.

“We're expecting more than 650 delegates from 163 locals and 6 district councils,” said Faoro, noting that the flow of the convention is up to the delegates and that he wanted them to accomplish as much of the business of the union as possible.

In an effort to reduce paper, CUPE BC last year introduced a convention app. Faoro encouraged all delegates to add their profiles to the app so that they can message each other.

Secretary-Treasurer Trevor Davies described how the convention comes together, the contents of the binder, the various convention committees, reports to convention, and resolutions. This 54th Convention has been further modernized with the first-ever electronic voting and screening of resolutions during debate so that delegates can more easily follow them.

Chair Michelle Waite discussed the role of the ombudsperson and wrapped up the session by chairing a Q&A.