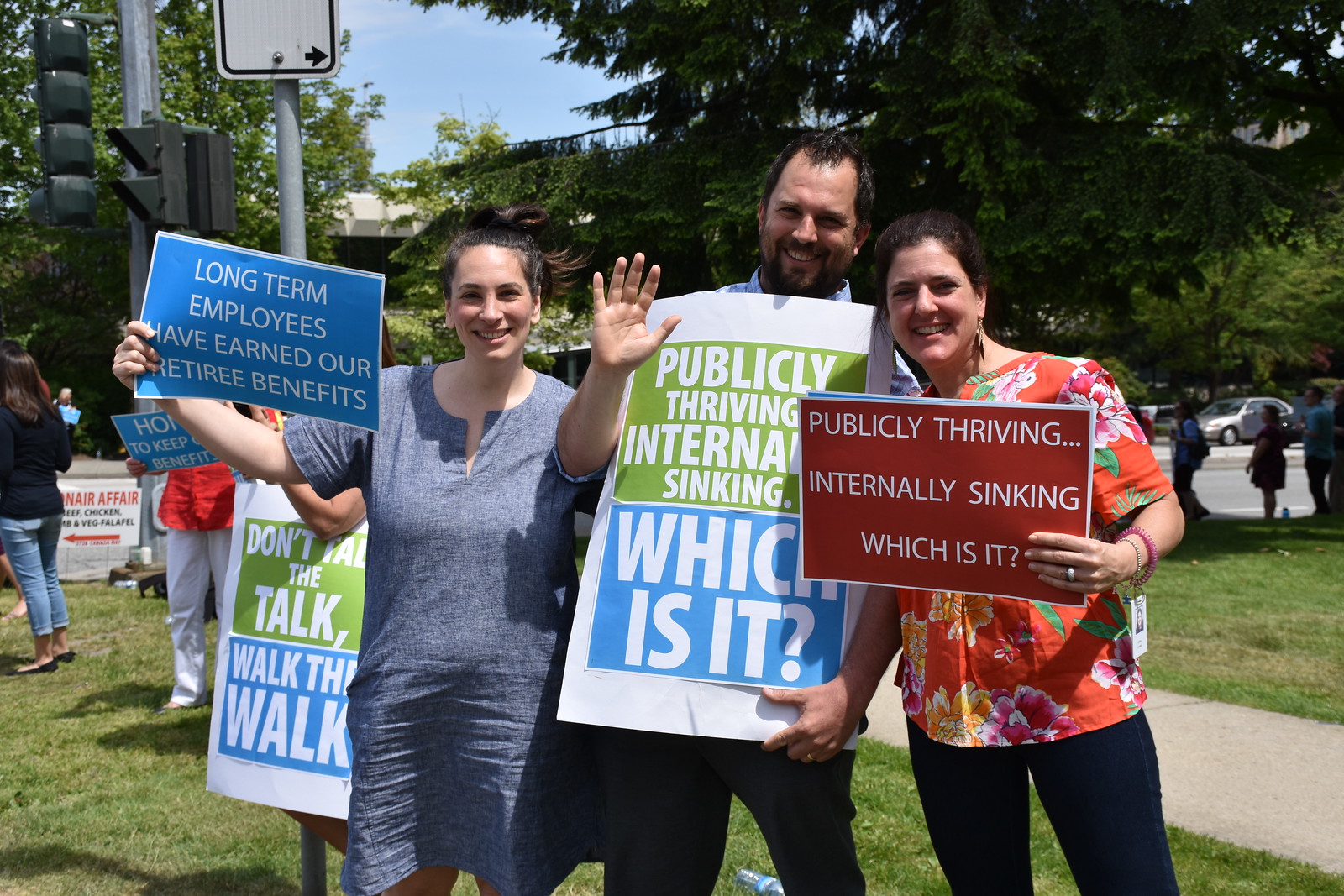 BURNABY—CUPE 1816 ramped up its job action on Wednesday, with 450 of its members taking to the street in a highly visible protest against Pacific Blue Cross’s targeting of their retiree benefits and failure to bargain a fair collective agreement.

Carrying signs with messages like “Publicly thriving, internally sinking – which is it?” and “No to Proposed Benefit Cuts!”, employees at both PBC’s main office and a temporary satellite office for the claims department, streamed onto the sidewalks at 11:30 a.m., lining up at both prominent locations on Canada Way to greet passing motorists. Several drivers honked their horns in support.

“We have full support from the employees. They’ve been wanting to do this ever since bargaining broke down, and they’re quite frankly tired of the employer,” said CUPE 1816 President Beth Miller.

“You can tell by their reaction on the street to all the honks of support that they are really stoked.”

Across the street from PBC’s headquarters on Gilmore Avenue, a bus shelter ad targets the company’s inconsistent messaging about its financial health.

For more photos, see the gallery.