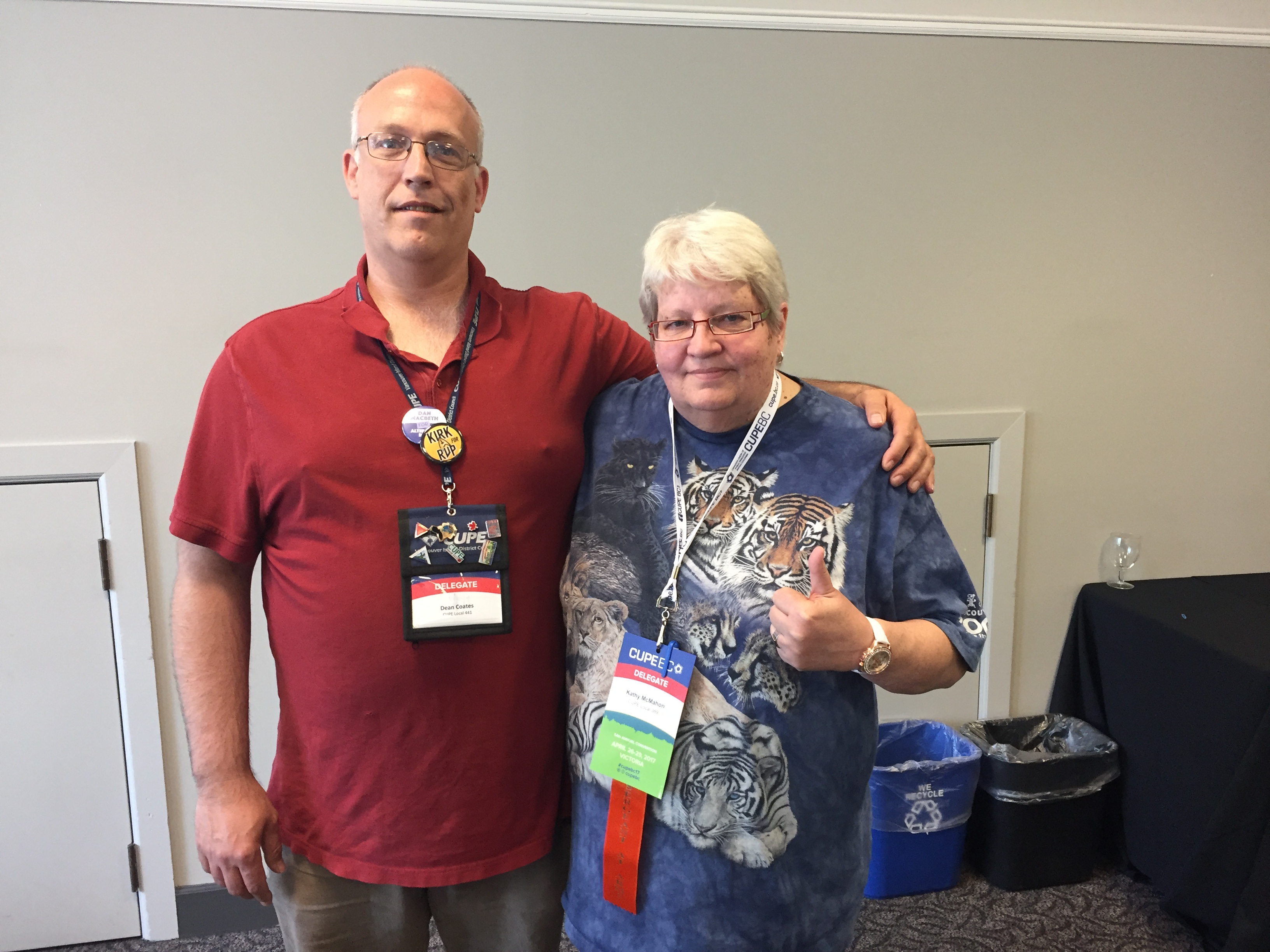 McMahon, a long-time member of the Pink Triangle Working Group, becomes the first DVP representing lesbian, gay, bisexual, transgender and questioning (LGBTQ) members in CUPE BC. The position was added to the executive board in a convention vote last year, along with a DVP for workers with disabilities. The election for that position will be held on Friday at noon.