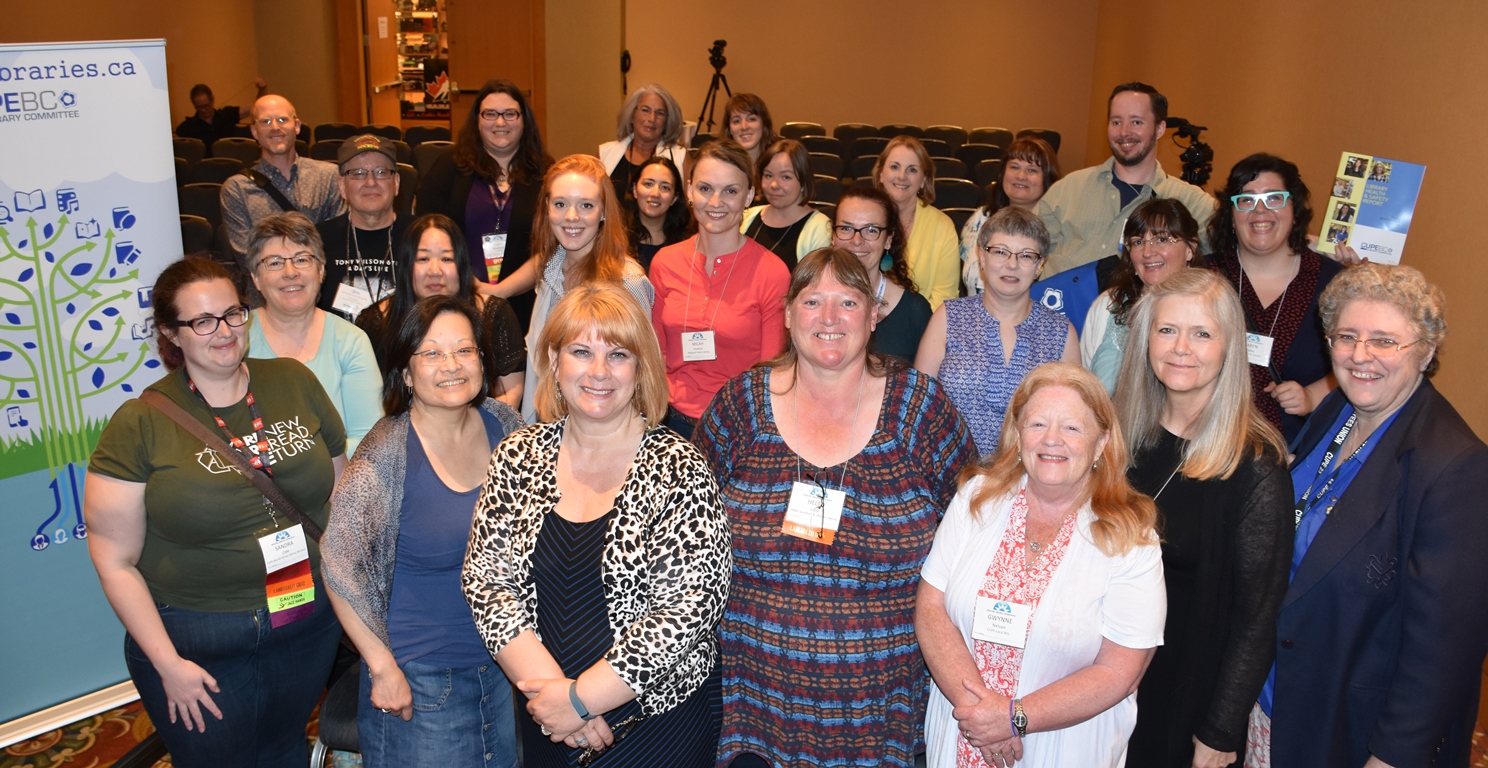 RICHMOND – More than a hundred CUPE members participated in the BCLA conference held May 11 – 13 in Richmond. The conference theme, “Disrupt and Transform”, a familiar one to union activists, referred to a rapidly changing world and examined the social role of libraries for the public good.

“CUPE members had a higher profile at this year’s conference partly due to a growing membership of CUPE library Locals in the BCLA,” said Karen Ranalletta, CUPE BC GVP and chair of the CUPE BC Library Committee. “Having so many library workers in attendance – both as presenters and participants – made a big difference.”

CUPE BC President Paul Faoro, in his address to delegates said, “As with public education, libraries – when properly funded, staffed and operated – can serve as the great leveller in our communities, our province and our country.”

CUPE BC, a gold sponsor of the BCLA conference, hosted the president’s reception for all delegates. The reception provided an opportunity to see the tradeshow, connect and visit with other library workers, and have conversations with management and trustees.

About 120 attendees, including CUPE members as well as trustees, exempt staff and library directors, visited the CUPE BC Library Committee booth. Materials available at the booth included booklists and film recommendations from library workers for adults and children, buttons and book bags. Everyone expressed appreciation for CUPE’s participation.

The in-depth report by CUPE Research Representative Sarah St. John included survey responses and interviews with library workers from more than 50 communities and 45 locals in B.C.  The 65 delegates attending the session explored the issues of health and safety, beyond ergonomics, through the responses and stories of library workers themselves documented in the report. It discussed possible solutions, but highlighted that simply starting and prioritizing problem solving and discussion around the issues is in itself a step in the right direction.

Also at the conference, CUPE 23 member Lise Kreps was awarded the BC Summer Reading Club (SRC) Community Story Award. The award is presented annually to an individual whose story best demonstrates the impact of SRC within a community.  Kreps, a librarian at the Metrotown Library in Burnaby, won for her submission about an ESL mom and her two daughters who read their own English books together every day for at least a half hour. The family loves the library!

Ranalletta noted that library workers are passionate about libraries and are committed to keeping library services truly public.

From the keynote speaker to the closing address, the conference reflected CUPE values.

Cory Doctorow, a Canadian journalist, science fiction author and blogger, called libraries “the clubhouses of resistance.” In his keynote address, he talked about privacy rights, data collection, and how library workers are both defenders of open access and defenders of privacy.

Harsha Walia, a social justice activist and journalist best known for co-founding the Vancouver chapter of “No One Is Illegal,” delivered the closing address. She spoke about the importance of libraries as welcoming public spaces, and explained how the logic of libraries is fundamentally disruptive to the capitalist status quo of our societies. Libraries are spaces that exist outside of the ‘capitalist market’ and welcome individuals who are often ignored and deemed ‘unproductive’ by society.

Libraries assert that access to knowledge, arts and culture is not a luxury, but a human right. Walia celebrated libraries as generative and creative spaces that encourage alternative ways of thinking. She thanked and recognized libraries workers for essential work that they do in ‘commoning’ our transformative public library spaces.