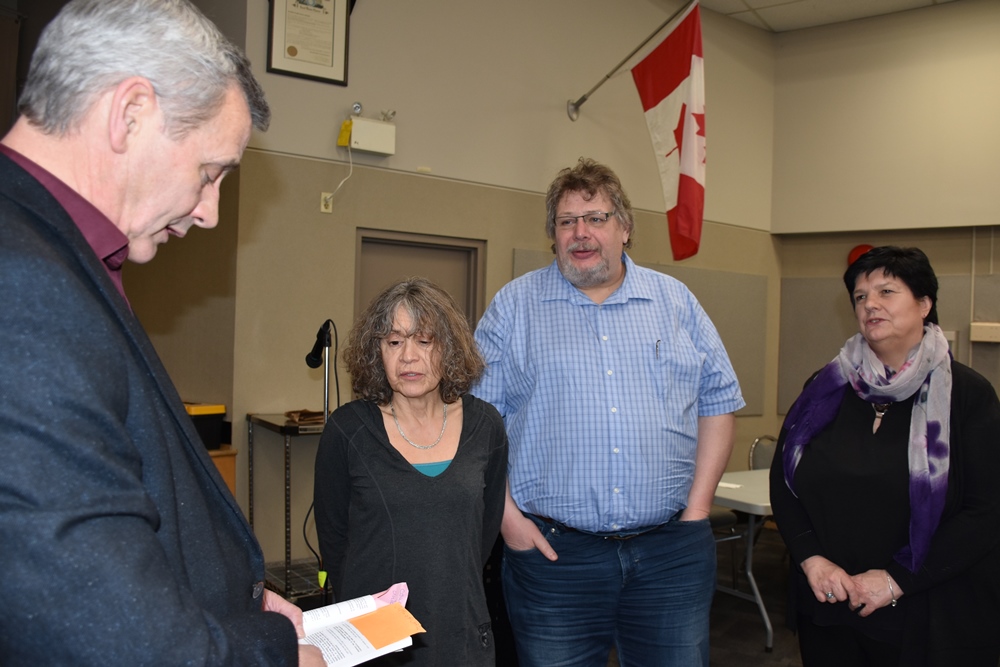 CUPE BC President Paul Faoro talked about the importance of the Provincial election. Leading up to the election on May 9, CUPE BC is hosting a telephone town hall with its 85,000 members and John Horgan. Faoro recalled being in Victoria recently, doing analysis of the 2017 BC Liberal budget, and seeing that funding for private schools was getting a larger percentage increase than the public K-12 system. “That will seal the deal” for many against the BC Liberals, he said.

When the NDP platform is released, added Faoro, members will clearly see who shares their values. “At the end of the day, I know that when members look at Platform A and Platform B they will choose the platform of the BC NDP as the one they want to mark an ‘X’ for.”

Faoro itemized some of the commitments the NDP had already made including $10/day child care, eliminating MSP premiums, reinstating the BC Human Rights Commission, building a new patient care facility in Kamloops, and raising the minimum wage to $15 an hour. “If we stand together we are a strong force,” said Faoro. “It’s not going to solve all our problems on May 9 but things will improve a lot with a government that we can actually talk to, that shares the same vision as we have on public services, and communities, and looking after people.”

CUPE Regional Director Robin Jones talked about the custodial survey distributed at the meeting. “The timing is right, it’s a righteous issue and it will increase our visibility,” said Jones, noting that the survey is an important tool to identify the issues that custodians face in their work. It is anonymous, and CUPE is encouraging all custodians to participate. Many presidents took hard copies of the surveys back with them.

Motions were presented and fully discussed. The Council also heard about the upcoming BC Division convention from Secretary-Treasurer Trevor Davies. Various reports were given, including an update on the Standardized Benefit Plan (Rob Hewitt); Coordinator’s Report (Kevin Rose), and Job Evaluation Committee report (Peter Coombes). Regional reports were moved to the next meeting due to time constraints.