Cindy McQueen is a General Vice President and a member of the Strong Communities Working Group. She is also the President of CUPE Local 389, a composite local covering schools, libraries, social services and municipalities in North Vancouver. Cindy has been on Local 389’s executive since 1991 as custodial and maintenance rep, recording secretary, and vice president. Cindy has been president of her local since 1998. She is the Chair of CUPE BC’s K-12 committee and CUPE BC’s Anti Contracting Out Committee, and also serves as co-chair of CUPE National’s Contracting Out and Privatization Coordinating Committee. 778-688-9537
cindymcqueen@yahoo.ca 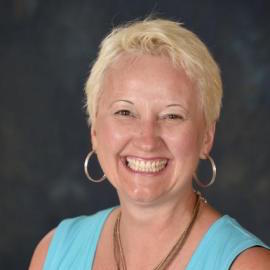 Alison is a member of Local 2769 and is Vice-President of her local. She has been active in her local for the last 10 years and has also served as a Secretary and Shop Steward. Alison has also been the Communications Chair for the Vancouver Island District Council for the last 5 years. She enjoys many hobbies, especially crochet and is a Youth and Child Care worker for SD#84. Karen Wong is a regional vice president of CUPE BC, representing the North. She was elected in May 2015. Karen has worked in K-12 for 23 years and is currently the president of CUPE Local 3742. She previously served as the secretary-treasurer of her local for 4 years and has been a shop steward for 20. She is a member of the K-12 President's Council Bargaining Committee and has been on the CUPE BC Anti-Contracting Out Committee for the last 6 years.