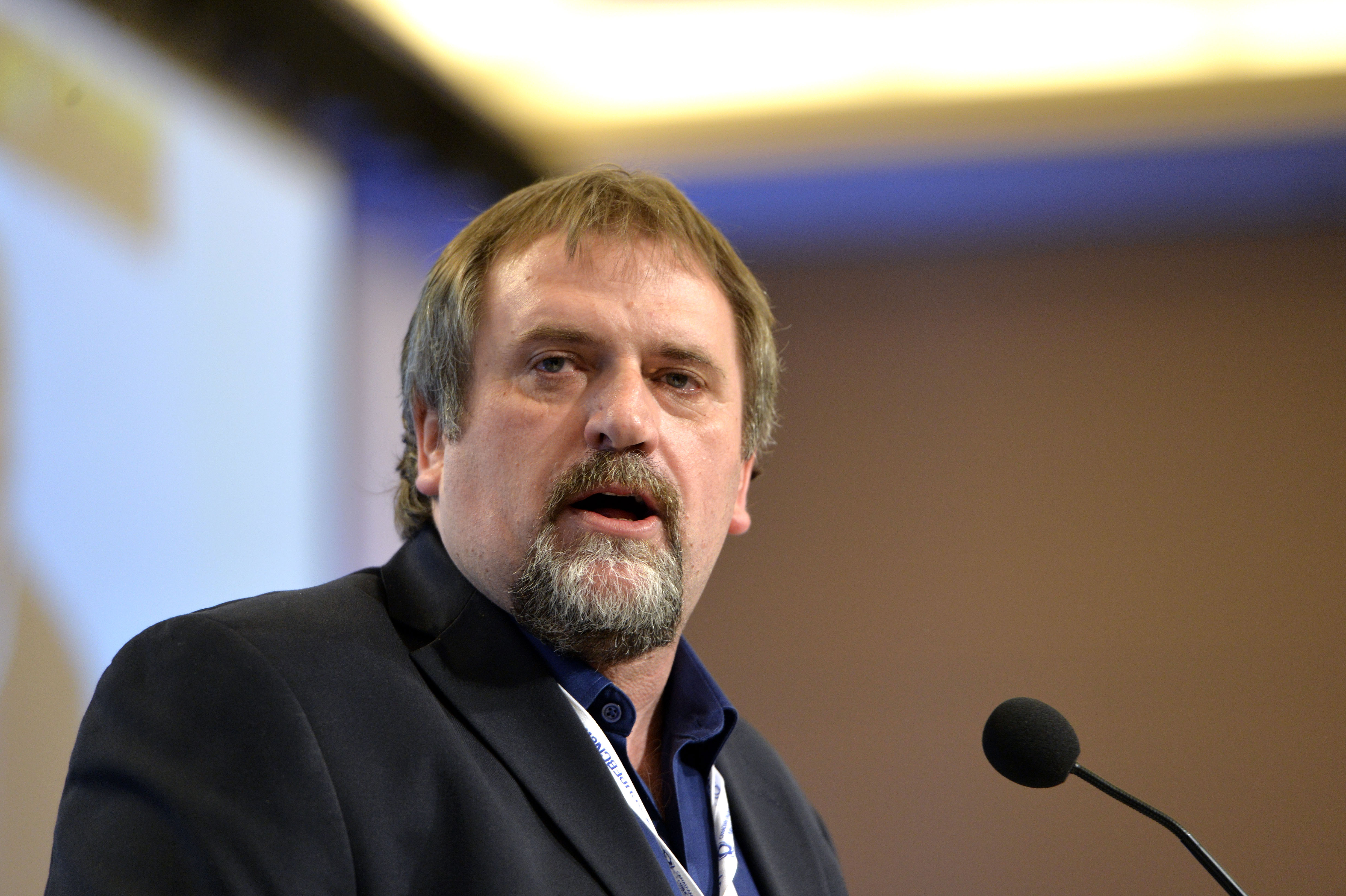 VICTORIA - In his first Convention address since serving as BC Division leader, CUPE National President Mark Hancock called on delegates to build on CUPE’s great activist tradition by leading the fight for a stronger and more equitable Canada.

Hancock thanked the many members, activists and staff who have inspired, mentored and supported him over the years—including those who have helped him through the “surreal” adventure he has lived since his election to CUPE’s highest office in November.

“You are the reason that a kid from Port Coquitlam is the president of Canada’s largest and best union,” he said.

Turning to the theme of health and safety, just minutes before delegates flooded the lawn of the Legislature for a National Day of Mourning ceremony, Hancock renewed CUPE’s commitment to achieving safer workplaces for workers everywhere.

Over this year, he said, CUPE National is unveiling new tools to educate members on health and safety issues so that they are better prepared to speak up about dangers on the job. Speaking out on these issues can be risky in itself, he added, citing the case of a nurse from North Bay, Ontario who was fired earlier this year for speaking at a health care conference about patient violence in the health care system.

“Fired because she dared to tell the truth about the dangers she and others face every day at work,” said Hancock. “We will never accept workplace violence as ‘just part of the job’. And we have every right to tell our stories without fear of reprisal. It is never okay for an employer to silence a worker for speaking truth to power.”

Hancock paid tribute to CUPE members who recently lost their lives on the job, mentioning CUPE 1004’s Jody Taylor and Quebec members Thierry Leroux and Claude Davidson. And he cited a recent victory in the groundbreaking case of the Toronto apartment scaffolding collapse on Christmas Eve 2009. Late last year, the project manager was held criminally responsible for the deaths of four workers and the serious injury of another. He was sentenced to three-and-a-half years in prison.

Toward a stronger, fairer Canada

Turning to federal politics, Hancock commended Justin Trudeau’s efforts to repair some of the worst damage of the Harper Conservatives. But he challenged the prime minister to deliver more on his promises for fairer, more equitable government.

“Eleven million Canadians don’t have a workplace pension plan. They are facing retirements in poverty if we don’t take action now,” he said. Over the coming months, he added, CUPE is ramping up its efforts to expand the CPP while calling on Trudeau to address income inequality, precarious work, and our battered public health care system.

“CUPE will lead the way in the fight for fairness and against inequality,” he said, “by fighting for equality in workplaces and in society, by achieving protection for precarious workers, and by organizing the unorganized. We know the best way to fight inequality is with good, secure, fair paying jobs….Now, let’s go and change the world.”