The executive is made up of nineteen members plus ten alternates.

The president and secretary-treasurer are full-time elected officers who manage CUPE BC's day-to-day activities. The president is also the official spokesperson for CUPE BC.

Four diversity vice-presidents are elected to represent the interests and concerns of workers of colour, indigenous workers, persons with disabilities and pink triangle members. 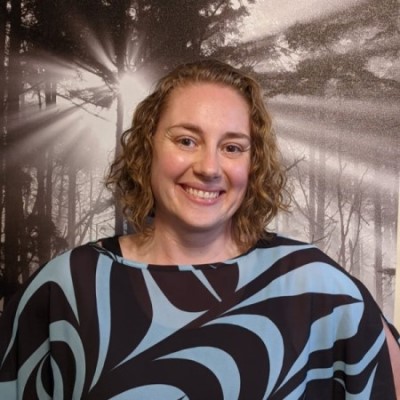 Deea Bailey is Cree-Metis, originally from Treaty 6, who currently lives on the unceded territories of the Kwikwetlem,Tsleil-Waututh, Squamish, Stó:lō, Qayqayt, and Musqueam first peoples. Deea is an active member of CUPE Local 1936 in the Community Social Services Sector and is the current Diversity Member-at-Large for the CUPE Fraser Valley District Council. Deea was elected as Alternate-DVP in 2021, after serving on the Indigenous Committee for two full terms. 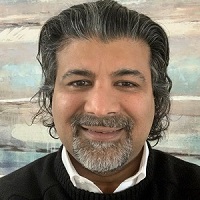 Dal is currently President of CUPE Local 718, which represents City of Richmond (Inside Workers), Regional Animal Protection Society and Richmond Fitness & Wellness Association workers. He has served on his Local’s Executive in various positions since 2007. Between 2009 and 2015, he served on the CUPE BC Executive Board, where he held the positions of Diversity Vice-President and General Vice- President. During this time, he chaired and served on various CUPE BC, CUPE National and BC Federation of Labour Committees. In 2021, he was elected again as General Vice-President.  As a Union activist, Dal works with other CUPE Locals, unions and progressives to protect and advocate for worker’s rights. 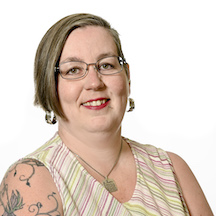 Sarah has been a member of CUPE Local 23 in Burnaby since 1993 and is a Vice-President representing Library workers. She is currently President of the CUPE Metropolitan Vancouver District Council. Sarah is a community activist who is passionate about equity, dignity, justice and peace. 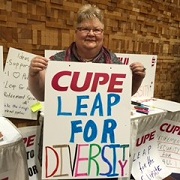 I live on the beautiful North West Coast of BC. I am President of Local 2052 and Diversity Vice-President for Northern Area District Council and have been involved with both for 20 years.  I also sit on the CUPE BC Persons with Disabilities Committee and have been involved with them for 18 years.  I enjoy supporting the members of my Local and working on issues that are important to us, such as Occupational Health & Safety and violence in the workplace. 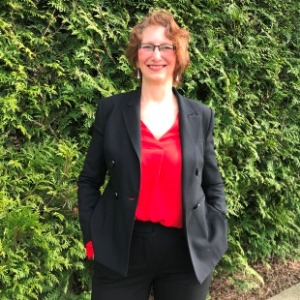 Sheryl Burns is the proud president of CUPE Local 1936 and the Workers with Disabilities Representative on the BC Federation of Labour Executive Council.  She is serving her third term on the CUPE BC Executive Board, including her second term as one of four General Vice-Presidents. 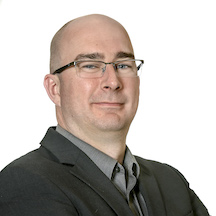 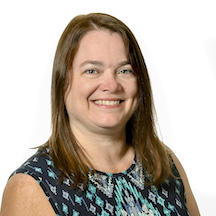 Nicole Edmondson is a General Vice President of CUPE BC. She has been with the Kamloops Thompson school district since 2005 as an Education Assistant, and as past President of CUPE Local 3500 represented more than 800 support staff members including custodians, tradespersons, and school bus drivers.  Nicole joined Savona Fire and Rescue in 1997 where she has served as Fire Chief since 2003.

Hey CUPE siblings, my name is Hailey Fielden. I am the Alternate Diversity Vice-President for Pink Triangle. My pronouns are she/her, and I work as an Educational Assistant in my local. My hobbies include listening to music, playing the ukulele and singing, being in nature, and reading! I love Broadway musicals, too! I look forward to representing members of the 2SLGBTQ+ community as well as Young Workers from across CUPE BC. 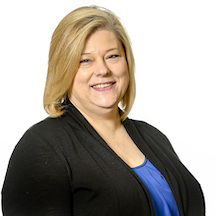 Shana is proud to serve the membership as the CUPE BC Regional Vice-President for the Fraser Valley.  She is a long-time CUPE activist, serving on her local Executive Board as Recording Secretary, Vice-President, President and as an experienced Bargaining Representative.  Shana is also the President of the CUPE Fraser Valley District Council and has served on the CUPE BC Women’s Committee.  She is a strong supporter of Human Rights and Social Justice. Union proud! We are stronger together. 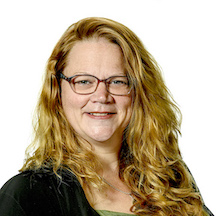 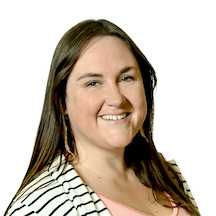 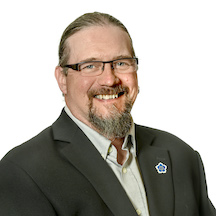 Kirk Mercer was re-elected Vancouver Island Regional Vice-President, at CUPE BC's 57th Convention in 2021. He has been a proud CUPE member at the University of Victoria for 17 years. He currently serves as President for Local 951, and is also the Chair of the CUPE BC Skilled Trades Committee. Kirk previously held the positions of 1st Vice-President and Deputy Chief Steward for local 951 over years and has served as an experienced member of the Negotiations Committee from 2009 to present.  In his role he continues as chair of the South Vancouver Island United Way Labour committee and as member of the Board of Governors and looks forward to working with the other Unions. 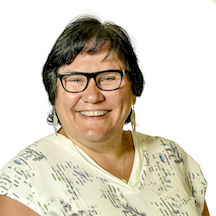 Debra has worked for the Surrey School District #36 for 20 years as an Indigenous Youth Care Worker. She joined Local 728 in 2006 as a Shop Steward and continues to work in many areas of our Local. At the Present time, her role is 2nd Vice-President and on the Constitution Bylaws/Education Committee.

Debbie Mohabir is the Secretary-Treasurer of CUPE Local 15 and a Trustee of the Vancouver District and Labour Council. She has been an activist since 2006 and has held many roles within her Local and is a Member Facilitator. She is employed as an Education Assistant at the Vancouver School Board. 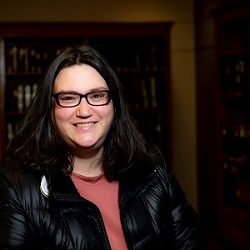 Karen Ranalletta was elected President of CUPE BC on May 21, 2021, after serving three terms as a General Vice President. She previously served as President of CUPE 2950 (representing more than 1500 clerical and library workers at the University of British Columbia). Karen represents CUPE BC as an Officer (Vice President) of the BC Federation of Labour and chairs the BC Fed's Health and Safety Committee. She also serves as a regional vice president for British Columbia on the CUPE National Executive Board. Finally, she sits on the Board of Directors for the BC Labour Heritage Centre, an organization dedicated to preserving and championing working people's history in BC. 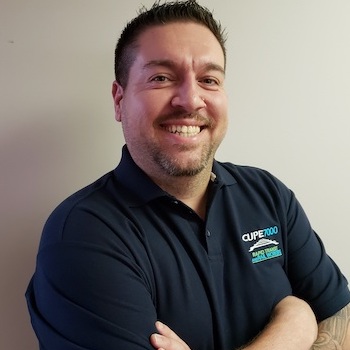 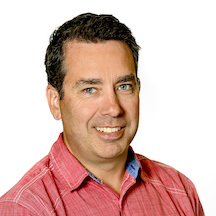 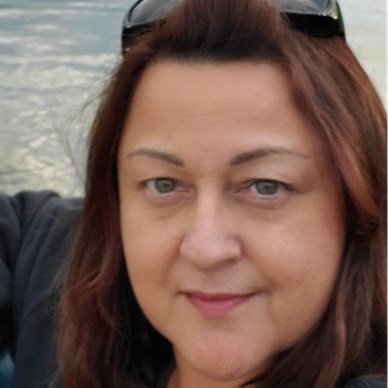 Shelley carries the name Bear Paw Woman, belongs to the Eagle Clan and is of mixed Indigenous/European heritage with paternal ties to the Michel Band in Treaty 6 territory. She lives on the unceded kʷikʷəƛ̓əm (Kwikwetlem/Coquitlam) core territory and works on the sq̓əc̓iy̓aɁɬ təməxʷ (Katzie/Surrey) territory. Shelley has worked in the K-12 sector for 14 years as an Aboriginal Cultural Educator and Youth Worker. She has served as Executive-at-Large with CUPE Local 728 for 3 terms and volunteers on CUPE BC’s Indigenous and Women’s Committees. She is also a delegate to Metropolitan District and New Westminster District Labour Councils. She is an activist, educator, change-maker, National CUPE facilitator and was one of two Indigenous Workers Representatives for the BC Federation of Labour, having served 2 terms (ending November 2020). 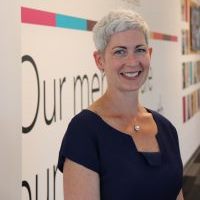 Kari Scott-Whyte (she/her) is honoured to be serving in her first term as Regional Vice-President for the Metro region. Elected to the Executive of CUPE Local 391 in 2016, she is now in her second-term as President, representing 750 library workers in three public library systems from across the unceded territories of the xʷməθkʷəy̓əm, Skwxwú7mesh Úxwumixw , Tsleil-Waututh, and shishalh Nations. Kari has served on the provincial Library Committee and is currently a Member-at-large with the Metro Vancouver District Council. 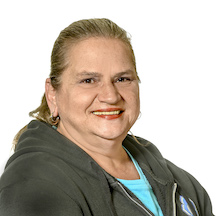 José van Berkel is a Trustee of CUPE BC and is the Secretary-Treasurer for Local 3500 and Okanagan Mainline District Council. Her union activism covers many years and she is employed as an Admin Secretary for the School District in Kamloops. José is also a member facilitator for CUPE. This is her third term as a CUPE BC Trustee. 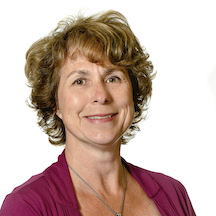 Michelle Waite is in her third term as General Vice-President and prior to this, served as Regional Vice-President for two terms. She is a graduate of the CLC Labour College of Canada and currently is part of the CUPE National Sector Council as Post-Secondary Co-Chair. Michelle is a proud member of CUPE 3479. Political action is her passion in her quest for making space for positive change. 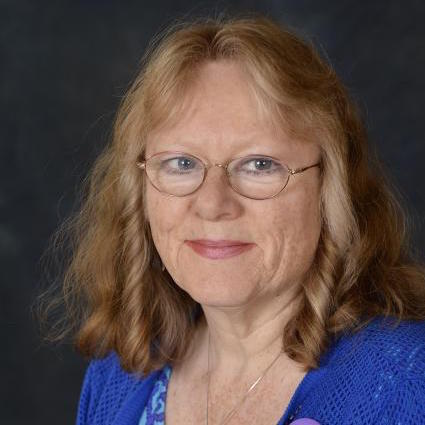 I am a Return to Work & Accommodation Steward for CUPE 951. I am also Recording Secretary for the Local. I am Diversity Executive-Member-At-Large for Vancouver Island District Council. I have been a CUPE 951 member for 45+ years and have been a steward for over 31 years, including 25 years as Chief Steward. My passion has always been equity, diversity and inclusion.