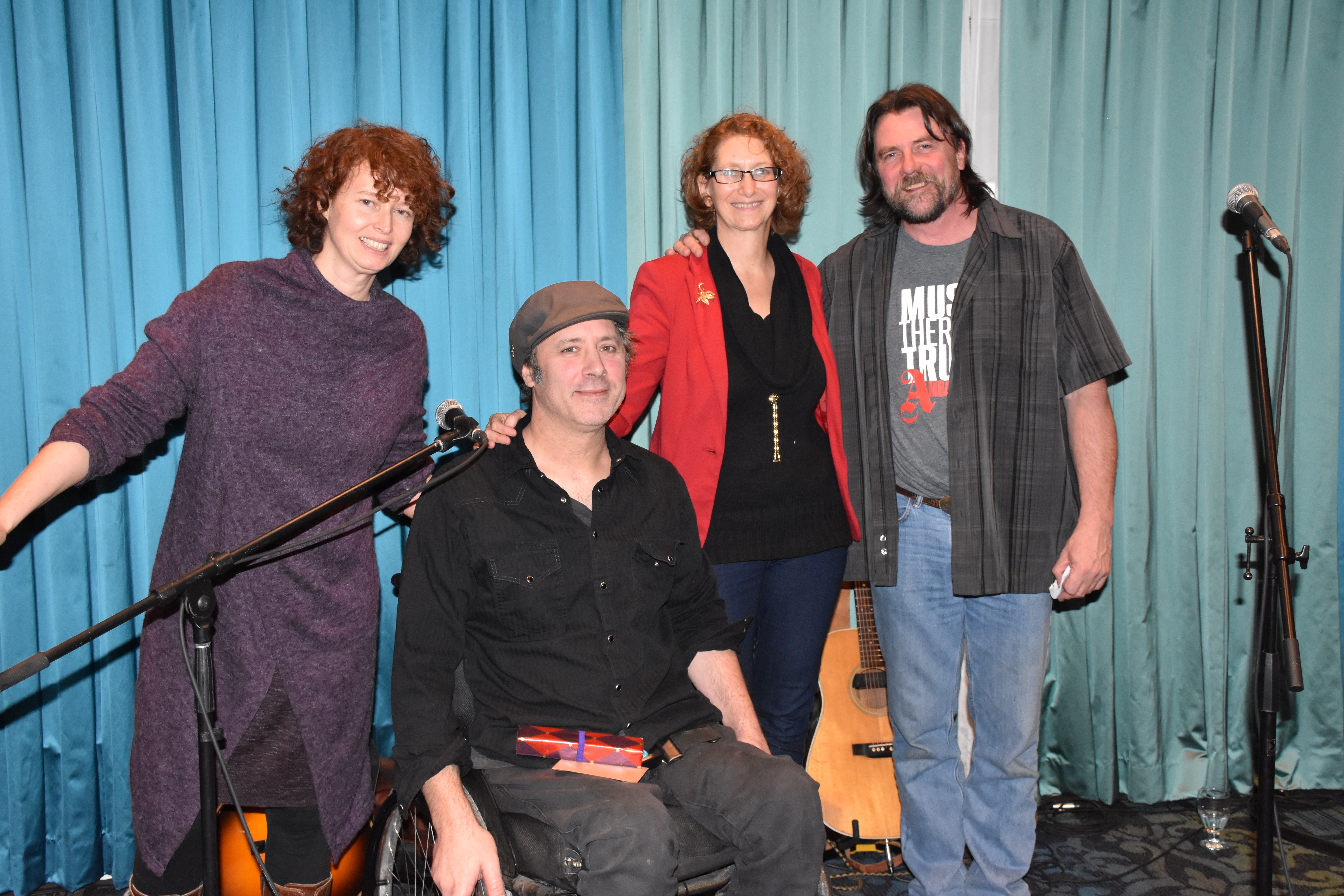 NEW WESTMINSTER—An event held on December 3 to commemorate the International Day of Persons with Disabilities inspired a large crowd of union activists with a combination of expert insights and artistic performances that emphasized empowerment and advocacy over isolation and struggle.

In his remarks for the traditional aboriginal welcome, James Kew of the Musqueam Indian Band connected the event to the theme of reconciliation. The pursuit of social justice, he said, is like a “soul canoe” we all have the choice to jump into or not.

BC Federation of Labour President Irene Lanzinger, recalling Donald Trump’s mockery of a disabled reporter during his successful campaign for the U.S. presidency, urged the audience not to forget the prejudice of ableism when critiquing all forms of bigotry. New Westminster MLA Judy Darcy noted that a living wage, poverty reduction, and affordable childcare—none of which are priorities for the governing BC Liberals—are critical to people with disabilities.

The program included performances by stand-up comic and magician Trent Tinney, a wheelchair duet from All Bodies Dance, and a joint reading and musical performance by Kara Stanley and the folk duo of her husband, Simon Paradis, and Joe Stanton.

Stanley, reading from her memoir Fallen—about Paradis’s long road back to recovery after a bad fall in 2008 that left him disabled—revealed how he gained new ability following the accident by becoming a songwriter. Between her readings, Paradis demonstrated this ability and talent with a series of guitar and vocal duets with Stanton.

“I encourage all people with disabilities to get involved with an artistic pursuit of some sort,” said Paradis, noting that the experience of disability needn’t always be one of isolation: “Art offers us a distraction from everyday life that isn’t easily quantified by medicine or science.”

Sponsored by the BC Federation of Labour and affiliates including CUPE BC, the event was co-organized and hosted by CUPE 1936 Vice-President Sheryl Burns.