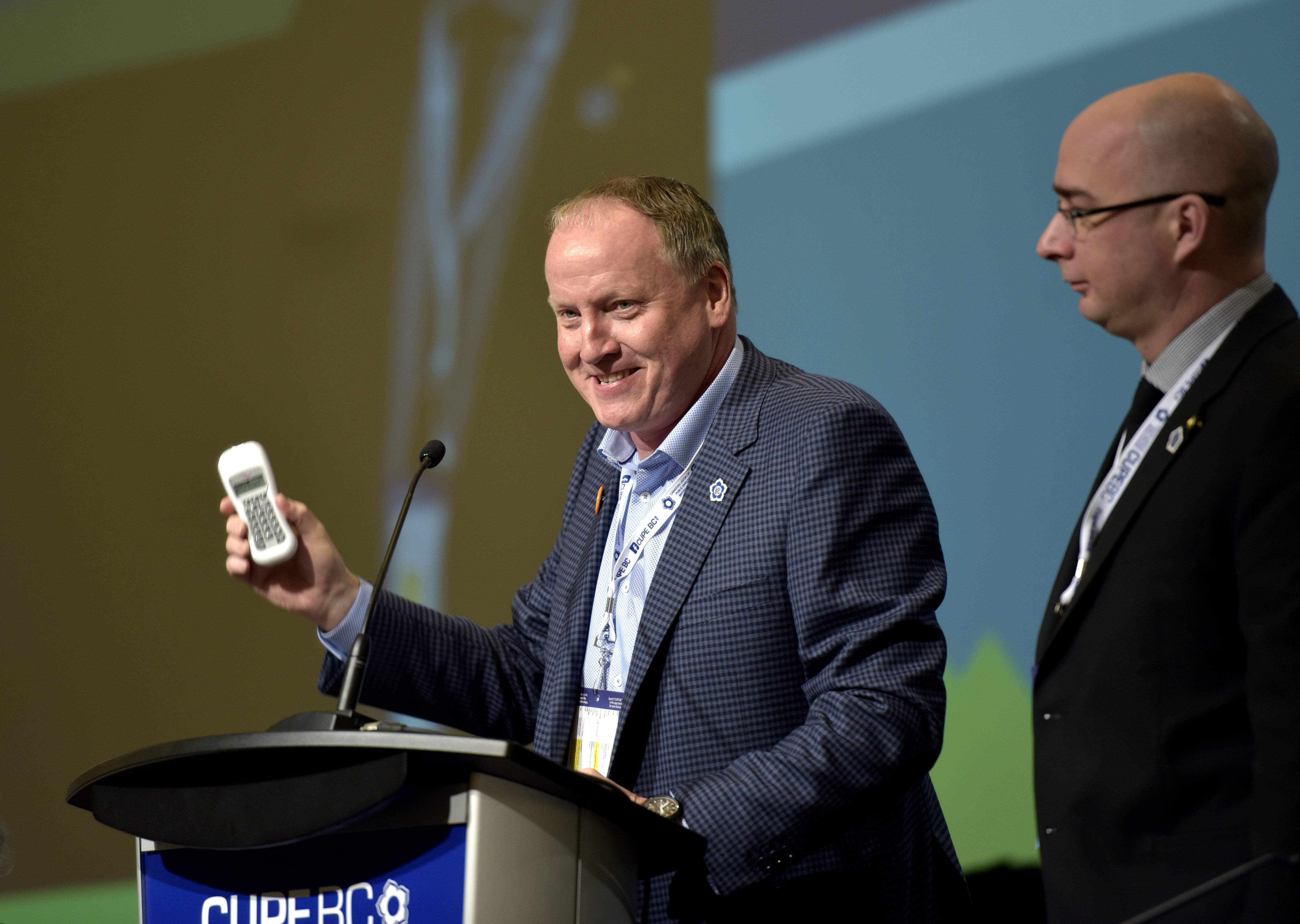 Once voting was declared open, delegates had 10 seconds to choose their answer by selecting number 1 for "Yes" or 2 for "No". As the votes came in, delegates could see the number who had voted. Once closed, the results were instantly up on the screen.

CUPE BC President Paul Faoro told delegates it’s important to carry the clicker with them at all times so they would be prepared for any votes on resolutions that might come up. While intended primarily for elections for at-large positions, electronic voting may be used for constitutional amendments that require a two-thirds vote and in cases of a regular vote that appears too close to call.

Since this is the first time CUPE BC is using electronic voting, delegates will get another opportunity to practice before the actual elections take place.

The process was efficient and results were instantaneous, with the final result of 369 "Yes" and 44 "No". (Some delegates voted "No" because they planned to vote in advance polls.)