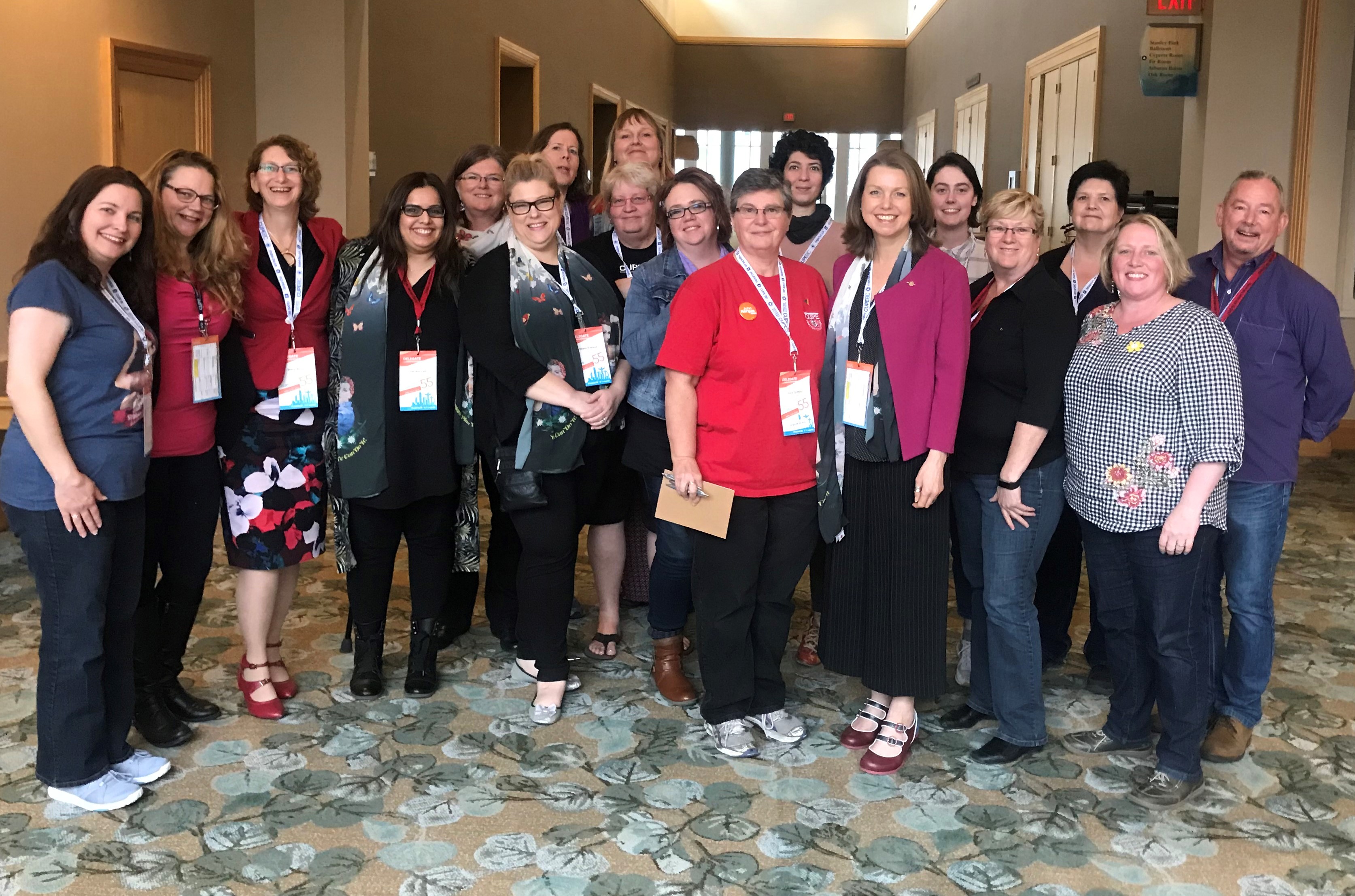 VANCOUVER — Delegates from the CUPE BC Women’s and Pink Triangle Committees met with Gender Equity Parliamentary Secretary Mitzi Dean at CUPE BC’s 55th annual convention on Friday. Dean had reached out to CUPE BC to hear members’ experiences and insights on gender equity to better inform the NDP government of changes needed.

Members spoke openly and passionately about their work and priorities that they would like the government to address. These included implementation of sexual assault policies on campuses; protecting income for women with disabilities who can have benefits clawed back; more supports for refugee women; increased funding and supports for transition houses (including accessibility so that women with disabilities do not end up returning to an abusive situation); a coordinated approach to sexual assault with community-based victim services available province-wide; restoration of funding for legal aid and women’s centres; and pay equity.

Dean is currently meeting with ministries so that the work they do is considered using a gender equity lens. Dean noted that new legislation may be needed and existing legislation may require updating – a challenge because there is so much that needs to be done in the province. She is committed to listening so as to better understand the structural and direct impacts of gender inequity.

Dean thanked participants for their comments and suggestions.