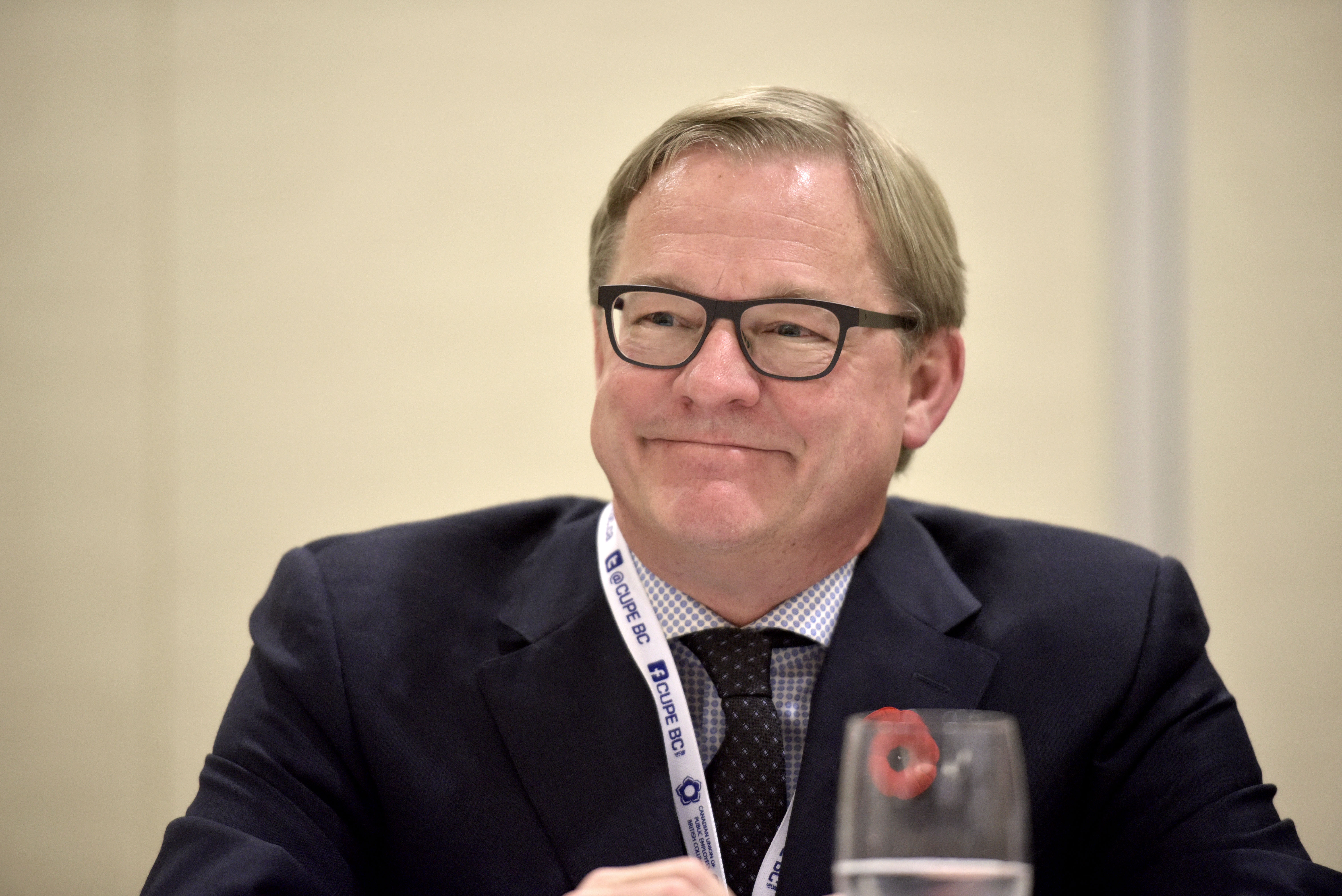 VANCOUVER – Delegates attending the opening of the CUPE BC Education Sector Conference enjoyed a rousing speech by CUPE BC President Paul Faoro and inspiring news from Albertan Minister of Education David Eggen on some of the Alberta NDP Government's accomplishments in public education.

"A Better Future for All – Investing in Public Education" was opened with a welcome from Musqueam Elder Gail Sparrow. Sparrow shared her story, thanked support staff for the work they do, and talked about her grandfather who always said that education is the key to your future. Sparrow shared how she overcame a tragic vehicular accident killing two of her friends, badly injuring two others and leaving her in a full leg cast.  There were no support workers in schools at that time so she was unable to graduate from Point Grey Secondary.  Instead she travelled to Utah and completed grades 11 and 12 in one year. She told delegates that their role in supporting education was important in giving "a hand up instead of a handout."

CUPE BC President Paul Faoro was greeted with a standing ovation. He reminded delegates about the political context of education. "The BC Liberal government has been in power for the last 15 years, and during that time every key public service has been eliminated or starved," said Faoro. K-12 and post-secondary education have been chronically underfunded while the wealthy and well connected enjoy tax cuts. "It's about who's in power and who isn't," said Faoro. He committed CUPE BC to work as hard as we've ever done before. "The bottom line is that you get a lot more done when you're in government," said Faoro.

Faoro said we've got to change what's going on in this rich province. "We've got to stand up, to mobilize and organize like we've never done before. We need to get over our reluctance to talk about politics with our co-workers, our neighbours and our families. We need to campaign for the BC New Democrats and bring about change on May 9th."

Alberta's first NDP Minister of Education, David Eggen confirmed that you can accomplish a lot more in government than in opposition. He shared some of the changes their government brought to Alberta in the last 18 months:

"Albertans wanted someone to think about things differently, and we definitely have," said Eggen.