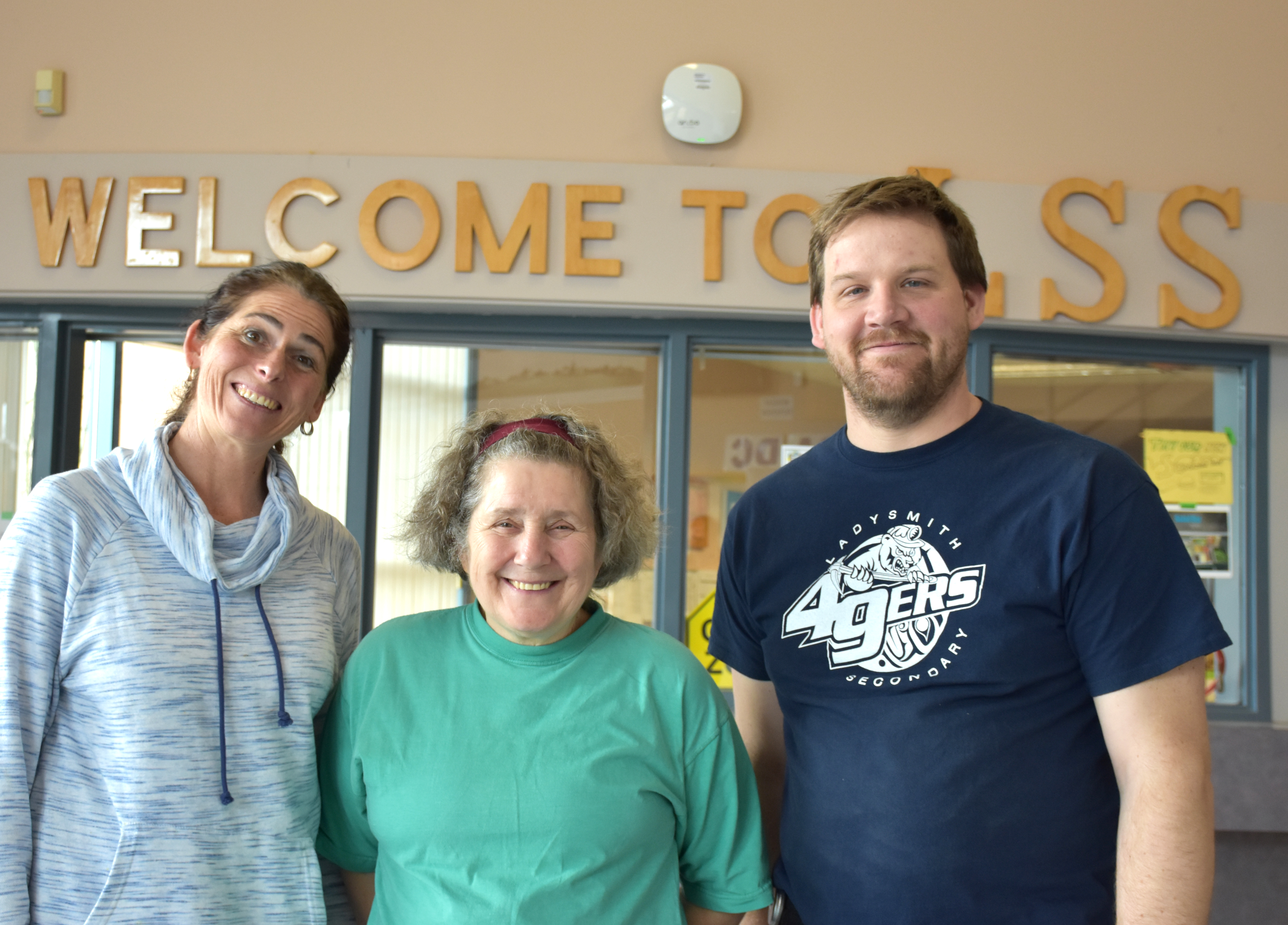 K-12 custodians throughout B.C. are being surveyed about working conditions and the effects of cuts on the services they provide.  Pictured are CUPE 606 custodians at Ladysmith Secondary School (L-R) Melinda Joyce, Vicki McMurtie and Teddy Puska.

BURNABY—Chronic underfunding and lack of support for public education by the BC Liberals has created a crisis in our schools. Many CUPE members have faced cuts and layoffs, the services they provide lost to students.

“Who’s to blame for the mess in B.C. schools? (Hint: It’s not the hard-working custodians.)” is the message of a new CUPE campaign identifying custodians as among the hardest hit workers throughout the BC Liberal reign of chronic underfunding for public education.

Chronic underfunding has forced some districts to cut daytime custodian positions, leaving no janitors to clean up accidents, vomit or other messes. Increased and unrealistic workloads are causing injuries.

Custodians are not willing to compromise the health of the students they support by lowering their standards. K-12 locals are asking custodians to participate in an in-depth survey that will provide solid information about the impact of cuts.

"The BC Liberals just don't understand the importance of public education," says CUPE BC President Paul Faoro. "They’ve increased funding to elite private schools while starving the public system. That's just plain wrong. A healthy and properly funded public education system is one of the mainstays of a just and equitable society."

CUPE BC is supporting the campaign to direct criticism about cleanliness in schools where it belongs – to Christy Clark and the BC Liberals. A hotline, 1-844-888-6377 (MESS), has been set up so that CUPE members and the public can leave a message with details and concerns about what's happening in their schools. Newspaper ads are running in many communities and a web site (schoolsareamess.ca) will feature custodians sharing their stories.