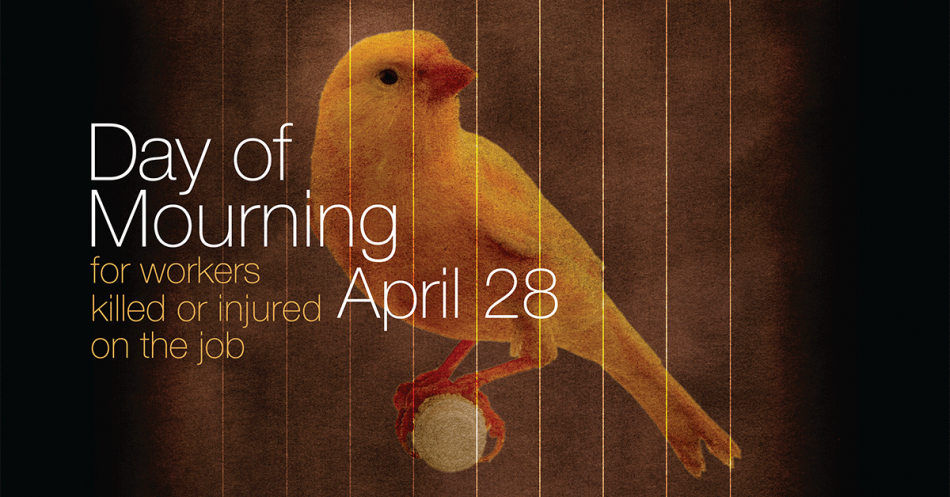 BURNABY – On April 28 CUPE members across British Columbia mark the Annual Day of Mourning for workers injured or killed on the job.

CUPE BC President Mark Hancock says that CUPE members and all workers should be able to trust that they will be safe at work and that CUPE will continue to work vigorously to make sure this is a reality.

“In communities all over the province and the country we gather to remember those who have died or been injured on the job and we recommit ourselves to the fight for safe workplaces,” said Hancock.

Hancock said that we must increase pressure on governments to bring in stronger laws and regulations to protect workers and to step up enforcement and ensure real consequences when a worker is killed or seriously injured.

Hancock noted that this year CUPE BC relaunched the very successful Spot the Hazard campaign which gives members another tool to raise awareness about workplace safety. Information about that campaign can be found at cupebcOHS.ca.

In 1984 CUPE’s National Health and Safety Committee proposed the idea for a day to honour workers injured or killed at work. Canada was the first country to formally commemorate workers who’d been killed at work.  The Annual Day of Mourning is observed throughout the world.

CUPE BC’s Executive Board, which is meeting in Vancouver, will participate in the BC Federation of Labour event at the Vancouver Art Gallery. For information about events throughout the province go to the CUPE BC events page.