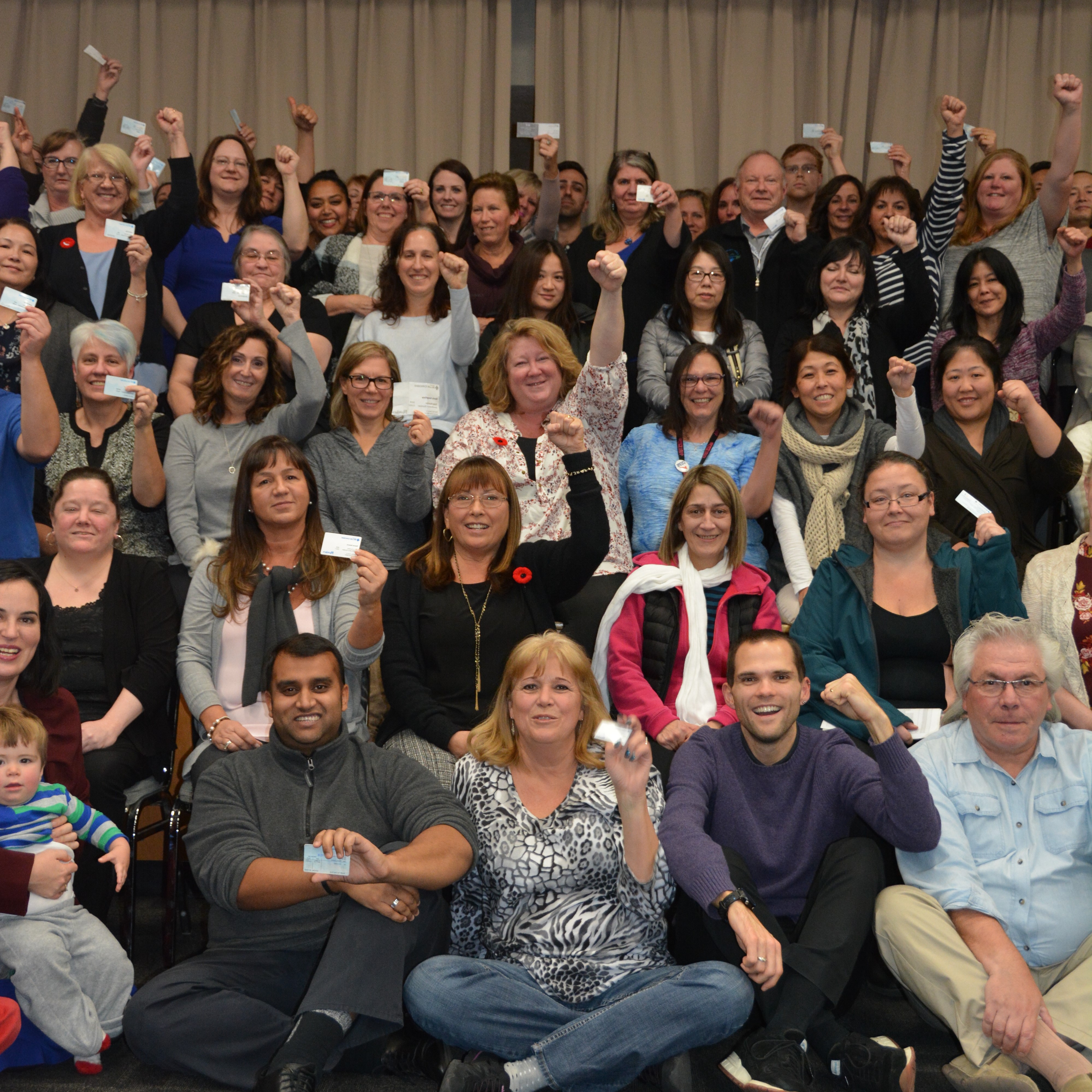 GET YOUR VOTE OUT—CUPE 1816 members at a recent local meeting flash their ID cards as a reminder to PBC members who plan to attend the December 13 AGM.

BURNABY—Seven candidates with strong progressive backgrounds in labour activism and community involvement have put their names forward to run for the board of directors of Pacific Blue Cross, setting the stage for a critical election at the benefit provider’s annual general meeting on December 13.

Nomination packages for the seven candidates were delivered late last week to the offices of Pacific Blue Cross.

“We are grateful to these excellent and highly qualified candidates for putting their names forward to run in this important election,” said CUPE BC President Paul Faoro.

“The fact that so many progressive people have expressed interest in running for the board really speaks to the need for change and accountability at Pacific Blue Cross. We hope to see a result on December 13 that signals a new era at PBC, making things better for plan holders and employees alike.”

RSVP that you can attend and vote in the PBC AGM here: http://www.cupe.bc.ca/pacific_blue_cross_annual_general_meeting