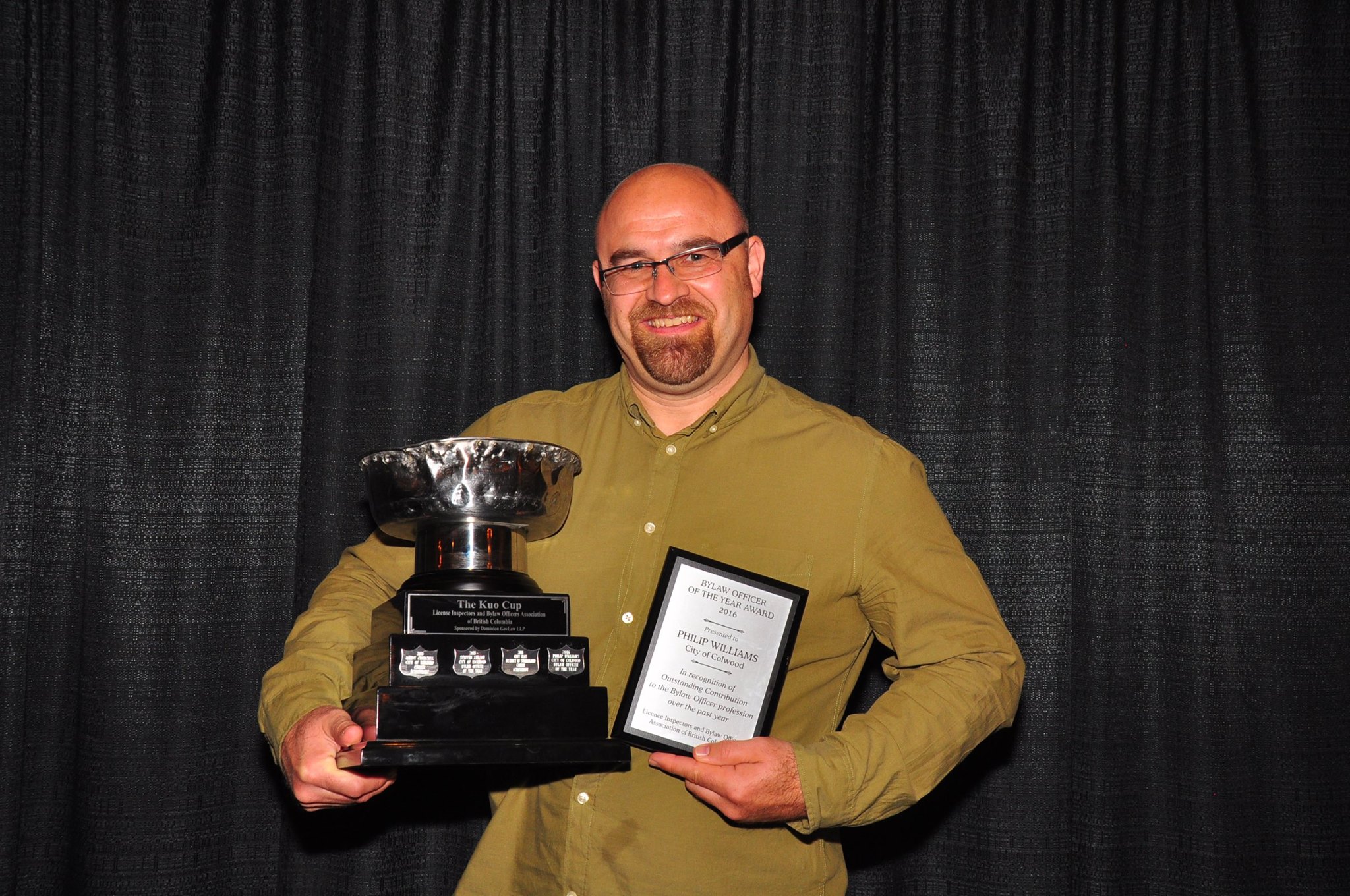 COLWOOD—Thanks to his tireless efforts promoting programs such as CUPE BC’s City Watch, ​Colwood Bylaw Officer and CUPE 374 member Phil Williams has been named the province’s Bylaw Enforcement Officer of the Year by the License Inspectors and Bylaw Officers Association of BC.

City Watch, a community safety program introduced several years ago by CUPE BC in conjunction with municipalities and local law enforcement authorities, encourages municipal workers to take an active role in protecting the safety of their communities. City Watch teaches them how to watch out for certain types of suspicious activity, record observations, report incidents, and keep records.

For Colwood City Watch, Williams’ involvement has ensured that all public works employees receive training developed in partnership with the Westshore RCMP. Williams also coordinates communication between the Westshore RCMP and the City of Colwood to ensure quick communication on issues such as missing children. According to City records, last year saw 24 incidents in which civic workers were able to assist police with the return of lost children, provide assistance to people with injuries, and ensure a timely response to emergencies.

CUPE BC Secretary-Treasurer Trevor Davies, who previously worked in Colwood as the Occupational Health and Safety Advisor and assisted in development of City Watch, praised Williams for his community involvement.

“In Colwood we worked together to build a strong City Watch program, but I knew the ultimate success would rest on Phil’s shoulders as the program coordinator. We are very proud of the excellent example he has set in promoting community safety and want to congratulate Brother Williams for this well-deserved award,” said Davies.

“This honour is a tribute not only to the dedication and commitment of one municipal employee but also to the effectiveness of programs like City Watch, and the role all civic workers can play, in helping keep our communities safe.”

Locals interested in starting a City Watch program in their community should contact their National Representative for more information.