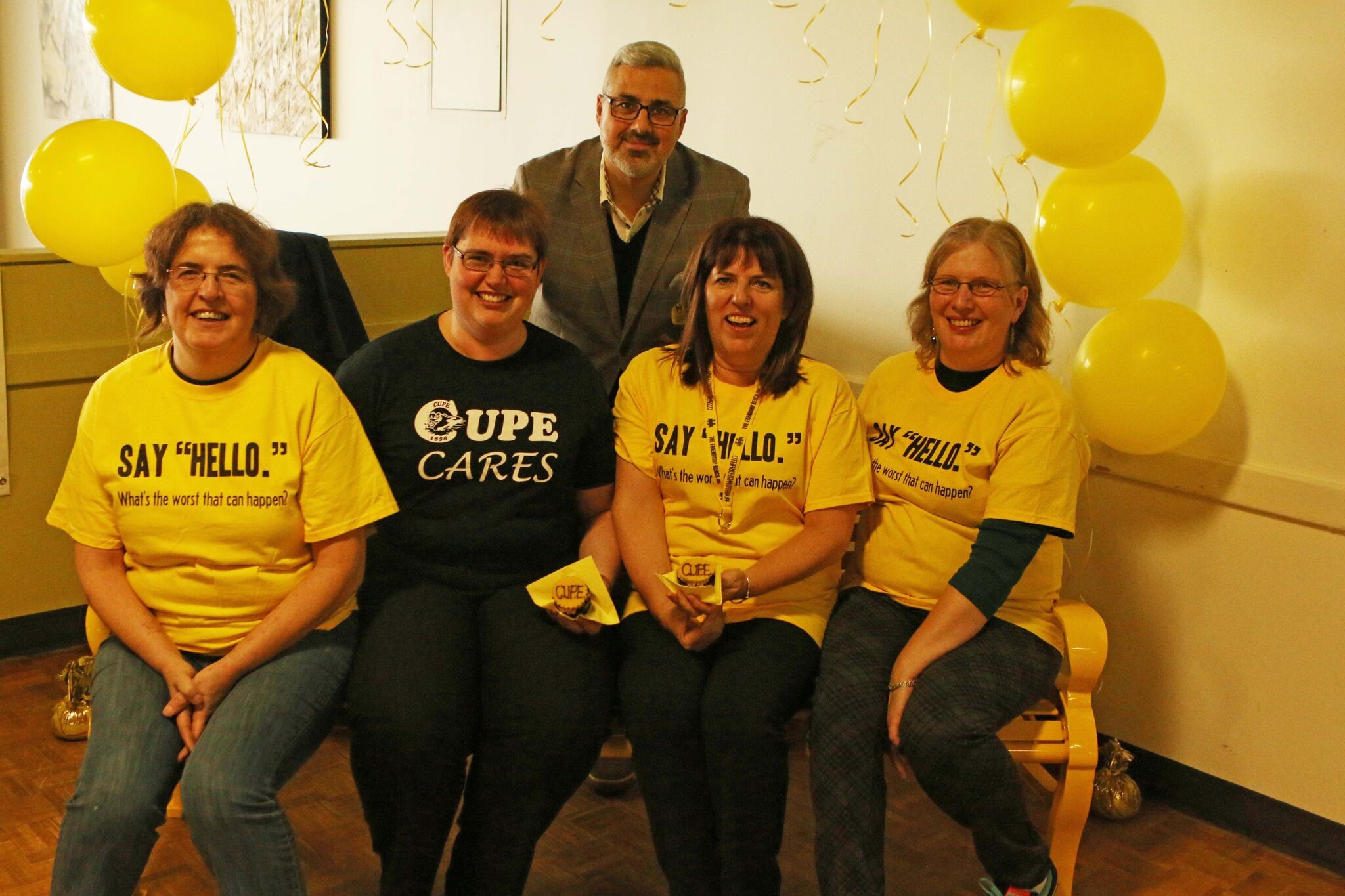 CUPE 1858 started the Friendship Bench project in 2015 as a legacy piece to honour their 40th Anniversary as a local. Kicking off the fundraising with a significant contribution from the local, members then made personal donations that were matched by Vancouver Island University (VIU) to raise the additional funds necessary to make this bench a reality. CUPE 1858 is the first union local in Canada to spearhead the project.

"We're really excited to get the word out about what an incredible project this is," said CUPE 1858 President Deborah Hopper. "I hope that other locals who work either in post-secondary or high schools might take up the challenge to bring these benches to their facilities."

A dedication plaque next to the bench provides information about how students can access mental health options and student counselling. On the actual bench a plaque carries the friendship bench logo and url: thefriendshipbench.org.

The site includes a map where all benches are located along with the logo from each sponsoring school. When a person clicks on the VIU logo on the map, it takes them to where they can get information at VIU.

In VIU's case, information is provided about counselling services available on campus and how to access services at the new Health Centre. A nurse practitioner, a psychiatrist and a doctor staff the centre. The University of Vancouver Island has many international students. Hopper said that, without a local doctor, it is often a challenge for them if they get sick or need help.

Sam Fiorella, a co-founder of the society and the father of Lucas Fiorella, in whose honour the society was started, attended the unveiling ceremony in October. He spoke about mental health and being willing to talk to each other in a compassionate and open way. He said that being depressed and anxious when you're at school and feeling the pressures of academic life is totally normal.

"It's okay to have those feelings, but it's important to talk about it. It's about opening up," said Fiorella. "It's important to remove the stigma around mental health issues."

Lucas Fiorella was studying Robotics at Carleton University, was active, seemed happy and had many friends. He reached out to others who were suffering from depression, anxiety or the stresses of academic and family life when no one else seemed to be paying attention.

His suicide on October 12, 2014 was the first people learned about his own struggle with depression. His life and death raised awareness about the escalating rate of suicide among college and university students. The Lucas Fiorella Friendship Bench campaign was created to continue his legacy of reaching out to others.

Mental health challenges, particularly anxiety and depression, are on the rise at post-secondary institutions – impacting faculty, staff and students in significant ways.  Despite the increasing prevalence of these issues, the stigma that surrounds invisible illnesses builds a barrier between the person and the treatment and support that they need.

"This program spoke to our members because it shines a light on the mental health issues faced by our students and colleagues on a daily basis," said Hopper.  "By having a Friendship Bench on campus, we hope to raise awareness about mental health, to provide opportunities for those struggling with mental health to reach out to others, and to normalize discussion of mental health challenges within our community".