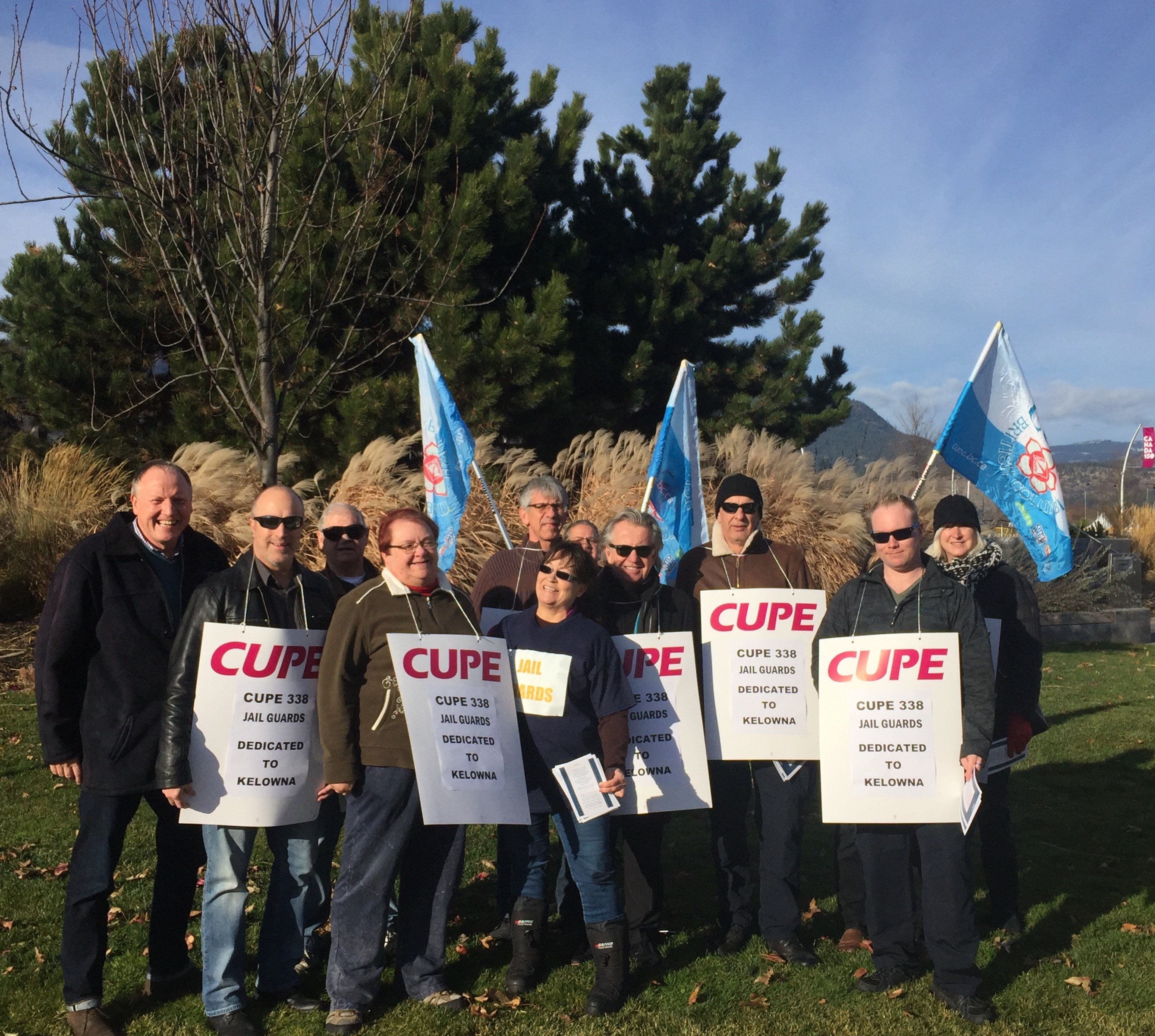 KELOWNA – A crowd gathered at Stuart Park today to support a fair first contract for CUPE 388 members who work as jail guards at the Kelowna RCMP detachment.

After more than six months of negotiations the 17 jail guards are still without a contract.

CUPE BC President Paul Faoro spoke at the rally and sent a strong message to Commissionaires BC and the City of Kelowna.

“We won’t stop until these 17 CUPE members have a fair collective agreement. CUPE BC is the largest union in this province and you have 87,000 members standing behind you."

“Commissionaires BC has told CUPE they aren’t a public sector employer, so their employees shouldn’t expect the same compensation as other municipal jail guards. But, perhaps they shouldn’t be in the business of providing a public service, “said Faoro. “Maybe it is time the City seriously considers bringing this service and these dedicated employees back in house.”

“Commissionaires BC would prefer to spread that increase throughout the term of the agreement, and our message to them is that it has been long enough. At their current rate of pay, if working full time jail guards are barely living above the poverty line,” says Mossman. “Commissionaires BC makes a profit from providing this service, and yet they choose to pay their employees less than a living wage. We don’t see how this fulfills their commitment to providing ‘meaningful employment.’”

Mossman says that while the union has taken a strike vote they are committed to resolving negotiations at the table if at all possible. While no further bargaining dates have been scheduled, the union is prepared to return to the table to have meaningful discussions with Commissionaires BC.