Building a Better B.C. with John Horgan and the BC NDP 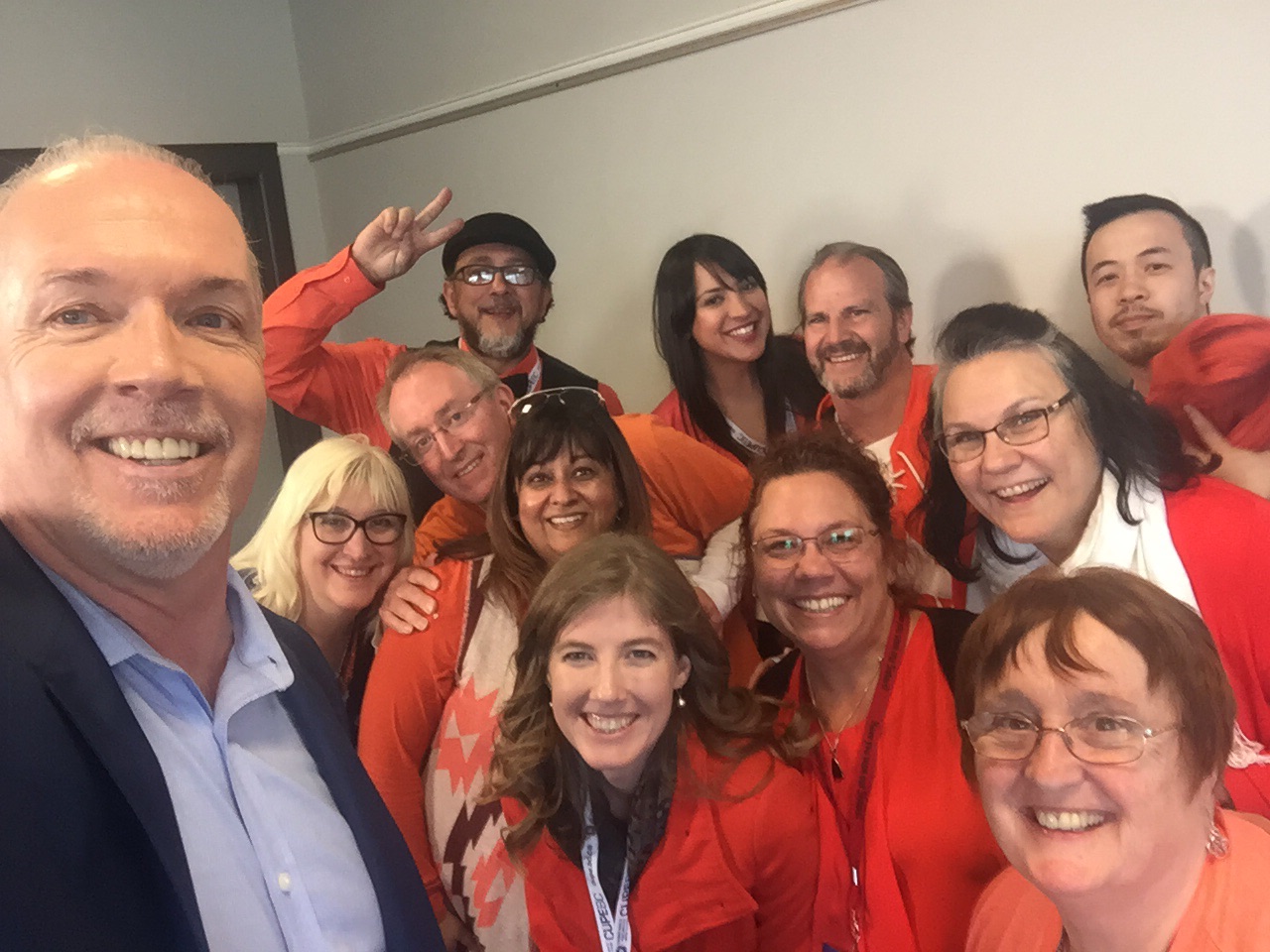 VICTORIA—With just 11 days to go before Election Day, delegates to CUPE BC’s 2017 Convention greeted BC NDP Leader John Horgan with a sustained standing ovation as he made a rock-star entrance to the convention hall.

“I’ve made three simple commitments during this election campaign,” said Horgan. “An NDP government will make life more affordable for people, we’ll improve the services British Columbians count on, and we’ll create 96,000 jobs as we build a sustainable economy that benefits everyone.”

Horgan said that all through the election campaign he’s been listening to British Columbians across the province, and the issues they’re talking about are being ignored by Christy Clark and the BC Liberals.

“Whether it’s overcrowded hospitals, the skyrocketing cost of housing, or the constant increase in fees for services, Christy Clark isn’t listening to you, she’s listening to the wealthy and well-connected who fund her party.

“On May 9, if I’m successful in replacing her as Premier, that’s going to change. We’re going to form a government that works for everyone, not just the privileged few,” said Horgan.

Horgan said he would appoint a Minister of Mental Health and Addiction to ensure focused and immediate response to address the fentanyl overdose crisis.  He also committed to a fully funded education system, eliminating interest on student loans—and a $1,000 completion grant, as well as bringing in a comprehensive anti-poverty plan.

“We’ve got 11 more days to talk to our neighbours, our families and our friends, to remind them how bad the government has been for the past 16 years—how out of touch they’ve been, how confrontational and divisive,” said Horgan. “We can do better with an NDP government that understands the issues that affect families all over the province. We can make B.C. a better place for all people, not just the wealthy and well-connected.”