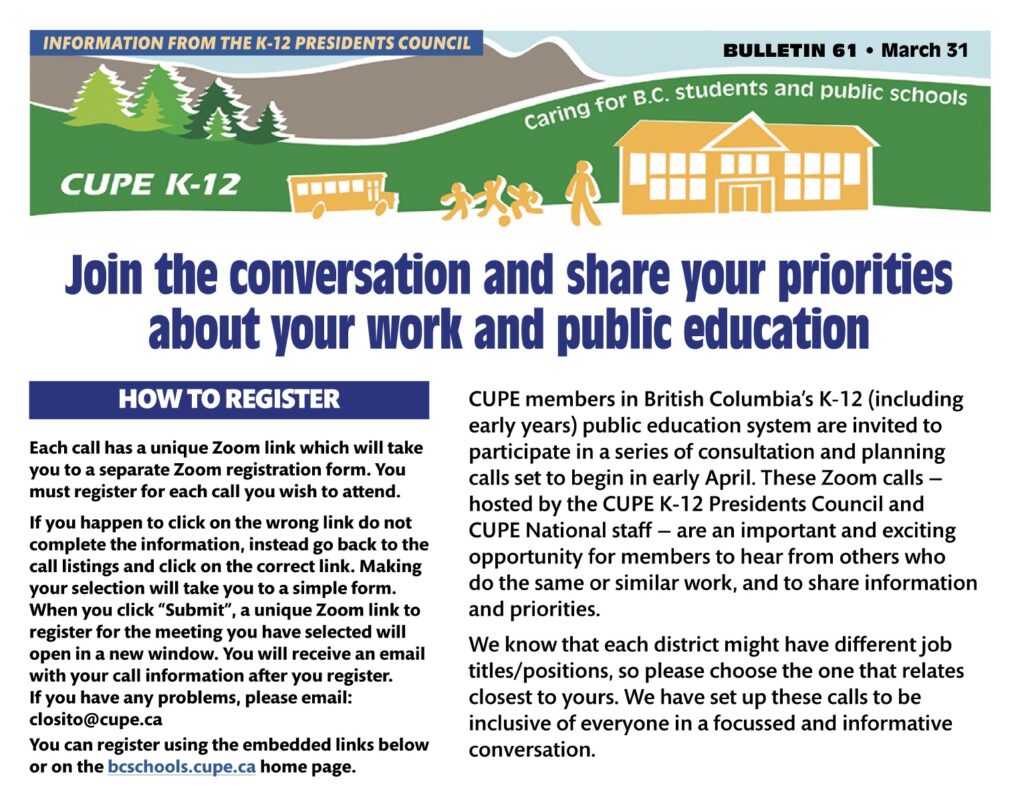 CUPE members in British Columbia’s K-12 (including early years) public education system are invited to participate in a series of consultation and planning calls set to begin in early April. These Zoom calls — hosted by the CUPE K-12 Presidents Council and CUPE National staff — are an important and exciting opportunity for members to […]