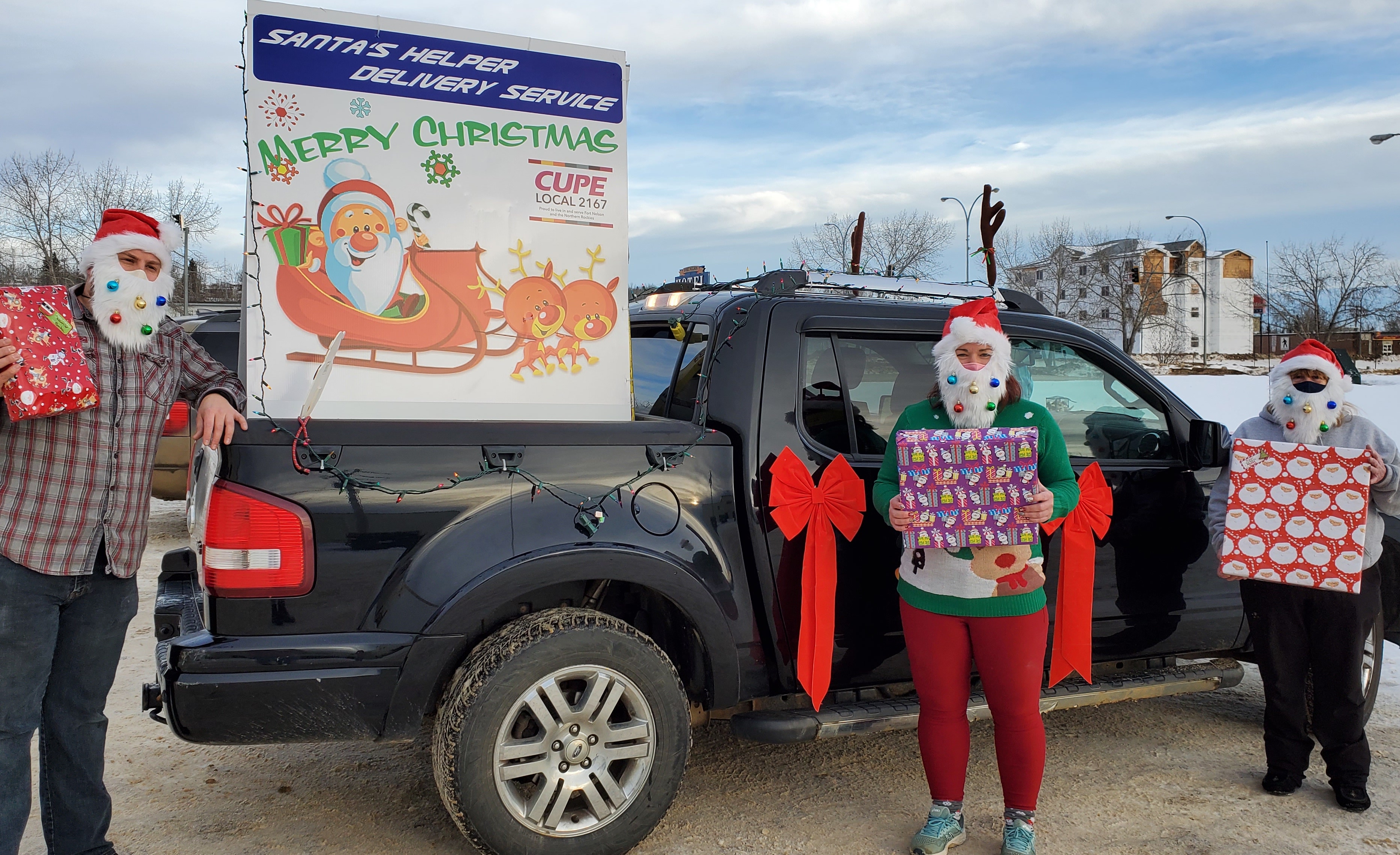 FORT NELSON – Determined to do their part in slowing the spread of COVID-19, CUPE 2167 had to make the tough call to cancel their annual holiday party. But Local members, municipal workers in the Northern Rockies Regional District, were equally determined to keep up their tradition of sharing holiday cheer.

“Every year we’ve been holding a holiday party at the local movie theatre in Fort Nelson. It’s a real highlight of the year – especially for the kids. It was a little heartbreaking knowing we couldn’t go ahead with it,” says Shelia McMillan, president of CUPE 2167. “But we weren’t going to let the pandemic get in the way. Like with so many things this year, we decided to adapt and make the best of it.”

CUPE 2167 decided if members’ families couldn’t come to the party, they’d take party to them. The Local, working with their traditional holiday party host – the Phoenix Theatre, made up over 200 bags of popcorn, and delivered them to members’ families so they could have their own holiday movie party at home. Coming along for the deliveries was Santa’s helpers with holiday gifts.

“It was a long, but wonderful day,” says McMillan, who along with other CUPE 2167 executive members, made all of Santa’s deliveries. “We had so much fun. Even though we couldn’t have the party, it still felt like the local was celebrating together.”

This wasn’t the first time the Local has adapted holiday traditions for the pandemic. For Halloween, they sponsored a day and a half of swimming for the community at the Fort Nelson Aquatic Centre, which is staffed and maintained by CUPE 2167 members.

“Our public pool was closed for quite a while during the earlier months of the pandemic. The community really missed it,” says McMillan, who works at the Aquatic Centre. “We’d originally planned to sponsor a day of swimming for the community. But there was so much demand, we decided to sponsor another half-day. It was a great time.”