BURNABY—CUPE 4500 members reached a tentative agreement with Coast Mountain Bus Company on Tuesday, January 28, following 14 bargaining sessions. “I’d like to thank our bargaining committee who worked very hard on behalf of our members to settle a number of longstanding issues,” said CUPE 4500 President Neil Pepper. “We are pleased to recommend this […]

Support is building to keep the Albion Community Centre public

MAPLE RIDGE – This week CUPE 622 raised the alarm over plans in Maple Ridge to hand over the operation of the soon to be opened Albion Community Centre to an outside third-party. There has been an outpouring of support – people are taking notice! READ:  “Union claims Maple Ridge wants to contract out operation […]

REVELSTOKE – CUPE 363 members working for the City of Revelstoke have voted to strike. With no significant progress being made in bargaining a fair collective agreement, members who voted gave an overwhelming majority in favour of taking job action. CUPE 363 President Jesse Adam says workers in Revelstoke are facing an affordability crisis that […]

MAPLE RIDGE – Workers for the City of Maple Ridge are raising an alarm over plans to hand over the operation of the soon to be opened Albion Community Centre to an outside third-party. The workers, represented by the Canadian Union of Public Employees Local 622, say the City’s own policies are being broken in […]

BURNABY – The BC Ministry of Education announced today that nominations for the 2020 Premier’s Awards for Excellence in Education are now open. K-12 Presidents Council President Warren Williams encourages CUPE Locals to nominate their members to recognize the excellent services support staff provide in schools throughout B.C. “These awards are now more inclusive and […]

Why we need a BC NDP majority government Welcome to the first edition of Public Employee for the 2020s. It will come as no surprise to regular readers that my first column for the new decade is about politics and how essential I believe political action is to the future of our union. It’s also […] 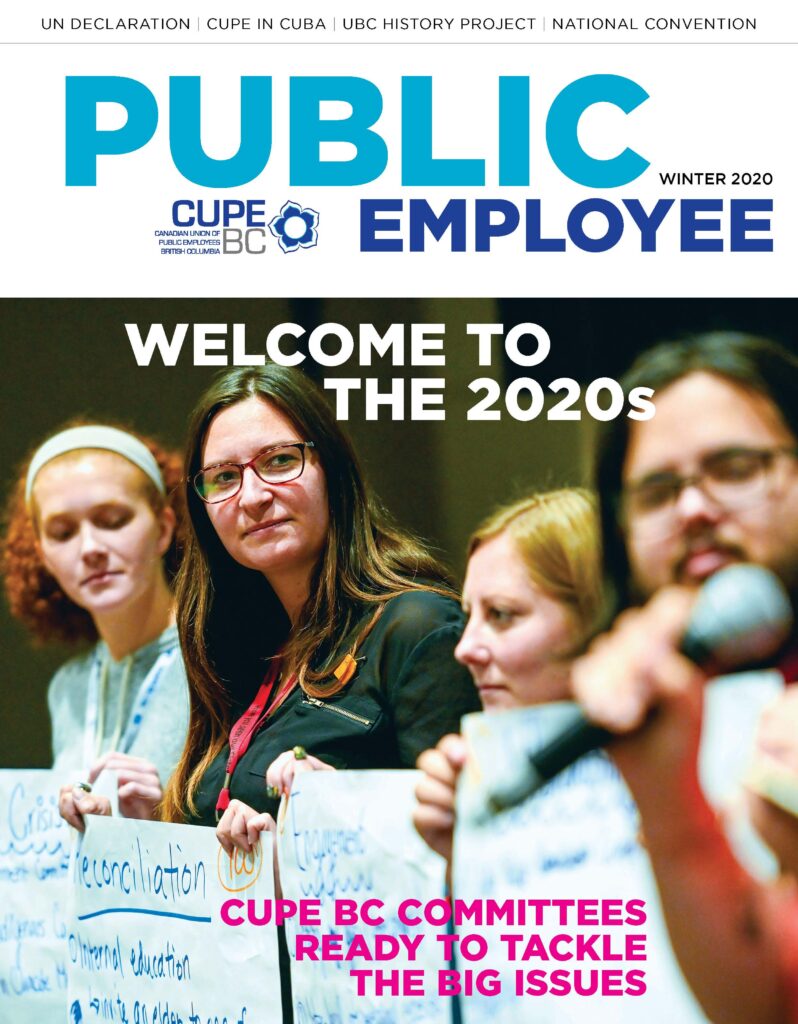