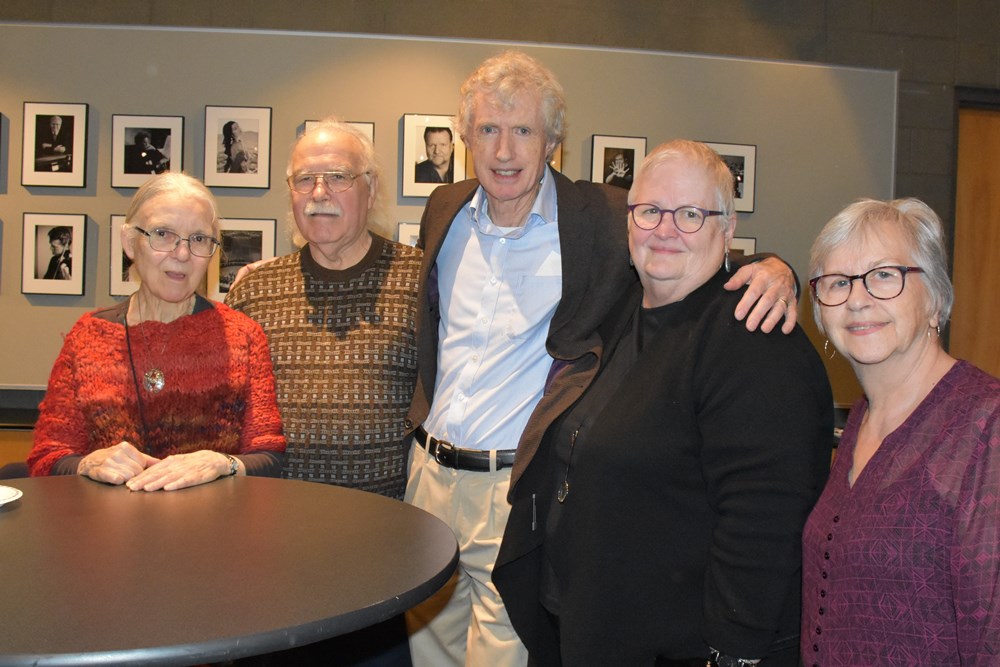 VANCOUVER—It was a night for labour history, feminist activism and digital technology, all wrapped into one.

On November 13, union leaders and activists gathered with archivists and librarians to celebrate the 45th anniversary of CUPE 2950’s predecessor, the Association of University and College Employees (AUCE 1). This feminist union was the first to achieve fully funded maternity leave through ground-breaking language achieved in their first contract in September 1974.

As CUPE 2950 President Karen Ranalletta recalled at the event, the project to archive this important piece of labour history began with a phone call about 43 boxes of AUCE materials that were in need of a new home.

Being supportive of scholarship in labour studies and recognizing the value of the materials, the Local reached out to UBC Library to confirm the value of the records and find out what it would take to make the information accessible. CUPE 2950 then funded a co-op student to sort and catalogue the material, making it findable by anyone doing research. “You can put boxes of documents and materials into a library, but unless it’s processed and catalogued, you’d never be able to find it,” said Ranalletta.

The local obtained grant funding from the BC History Digitization Program (BCHDP) that provides matching funds to undertake digitization projects that will result in free online access to unique B.C. historical material.

The digitization project, done by a team of graduate students and overseen by UBC librarians, began in May 2018. It produced a total of 21,000 pages in almost 5,000 documents. The collection includes 4.5 linear metres of textual records, 793 photographs, 199 negatives, 37 slides, one audio cassette, and 23 pins. The goal was to capture AUCE’s feminist historical contribution to working people.

Ranalletta said that the work behind the scenes on this collection was incredible. “Librarians and archivists do more than putting things in alphabetical order. Each document is carefully described and categorized to tell the story of our union. Now, someone can now find information if they choose to write a thesis or do a project related to workers’ history.”

The collection is available in UBC Library’s Open Collections, which is accessible to everyone. The digitized AUCE fonds is available at: https://open.library.ubc.ca/collections/auce

Following a presentation on the digitization project, CUPE 2950 launched the video “A union for working women at UBC — AUCE 1.” The video, which features five of AUCE’s founding members—Jackie Ainsworth, Susanne Lester, Ian Mackenzie, Emerald Murphy, and Jean Rands—was well-received by the audience, who found it both entertaining and empowering. During a Q&A session after the screening, audience members gleaned more details about the organizing drive and first contract from the three founders who were able to attend.

CUPE Division Secretary Treasurer Trevor Davies, in his capacity as CUPE National Regional Vice President, presented an award recognizing CUPE 2950 Second Vice President and Contract Chair Susanne Lester for her 50-plus years of dedication, commitment, and service to her union and to the labour movement. Lester tabled the maternity leave language in AUCE’s first contract.

A plaque commemorating AUCE’s leadership role in gaining fully paid maternity benefits for all families was unveiled by Ranalletta and Lester representing CUPE 2950 and BC Labour Heritage Centre Executive Director Donna Sacuta. This benefit continues to be important to families today. More information about the Plaques Project is available on the Labour Heritage web site at: http://www.labourheritagecentre.ca

“Workers’ voices are often not reflected in academia. By investing in our local’s history, the voices of our founding members will be preserved and honoured,” said Ranalletta. “Our union was organized in the library and now it will live on in the library.”