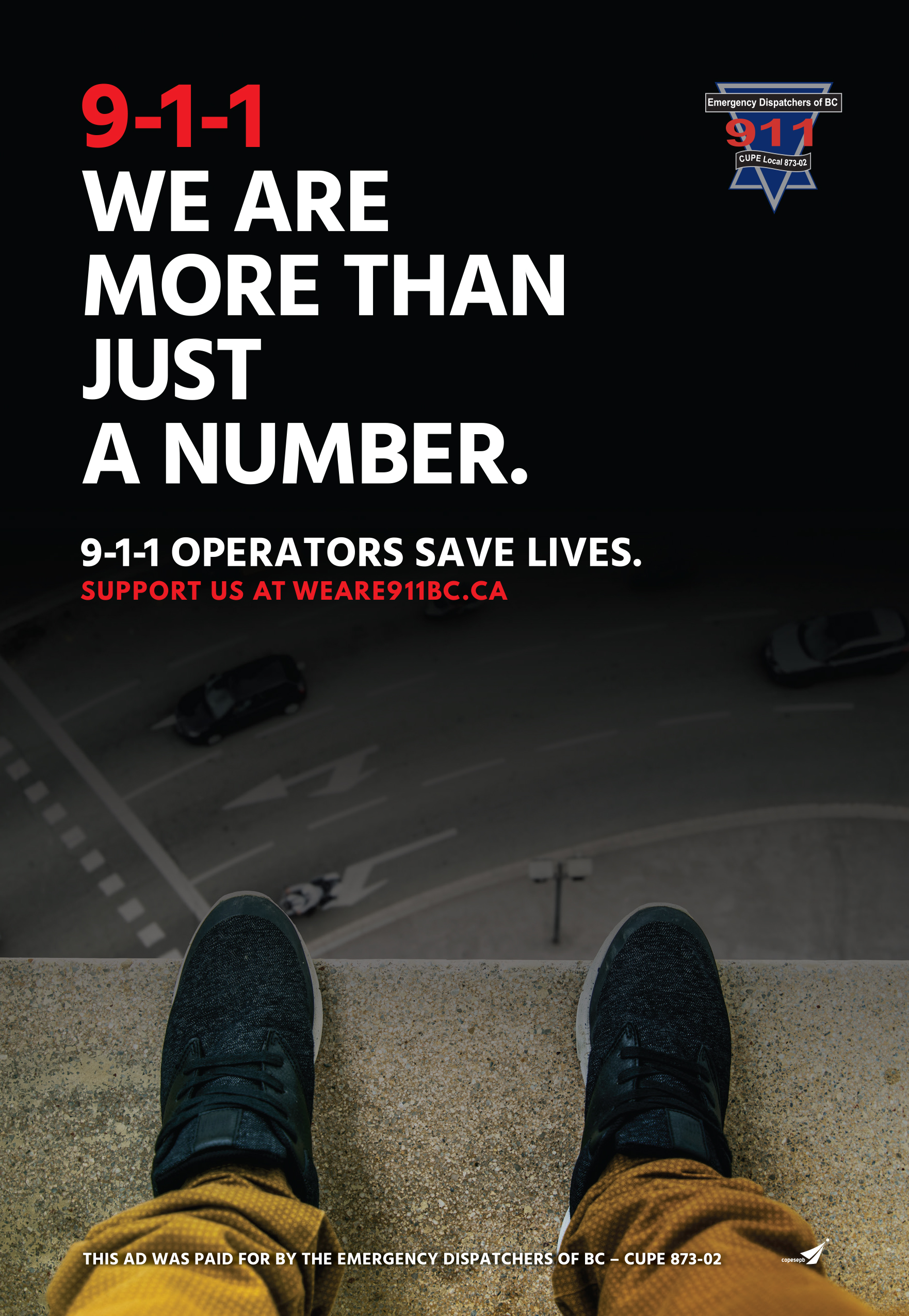 Emergency call takers and dispatchers are more than just a number, says CUPE 873-02

RICHMOND – B.C.’s 9-1-1 operators play a critical role in emergency response for communities throughout the province, but they remain invisible to the public—a situation the Emergency Dispatchers of BC (CUPE 873-02) hope to change with a new awareness campaign launched this week.

With its main message, “9-1-1 Operators—We’re more than just a number,” the union is shining a light on the “first first responders” who take emergency calls 24 hours a day and seven days a week for 99 per cent of the province, connecting people to the police, fire, or ambulance service they need.

“We’re the ones who help you on the worst day of your life, but you never see us,” says CUPE 873-02 Unit Chair Matthew Bordewick. “We’re like an anonymous friend at the other end of the line—the one you can rely on to talk a teenager out of ending their life, or to send help after your first car accident.”

Bordewick says that CUPE 873-02 members take the initial 9-1-1 emergency calls for 25 regional districts from Peace River to southern Vancouver Island, dispatching for 40 fire departments and 33 police agencies. But he adds that the system, which employs more than 400 operators and 80 support workers, is being stretched to the limit. Seasonal events throughout B.C. such as Vancouver’s Celebration of Light fireworks festival, which attracts 300,000 to 400,000 people to English Bay and surrounding areas, typically cause a sharp increase in calls.

“We know our work is important—we help save lives every day. But we’re experiencing a much higher volume of calls, many involving traumatic events, and that is causing more burnout, exhaustion and the mental and physical health issues that come with it,” says Bordewick. “Those of us who remain truly love our jobs. But we need more of us in the service.”

The campaign, appearing in selected Lower Mainland bus shelters and newspapers in the Lower Mainland, juxtaposes the main message with dramatic images of distress: a downward view of someone’s feet on a building ledge many floors above street level, and a frightened young girl protecting herself from a menacing adult figure.

For more information on the campaign, visit www.weare911bc.ca 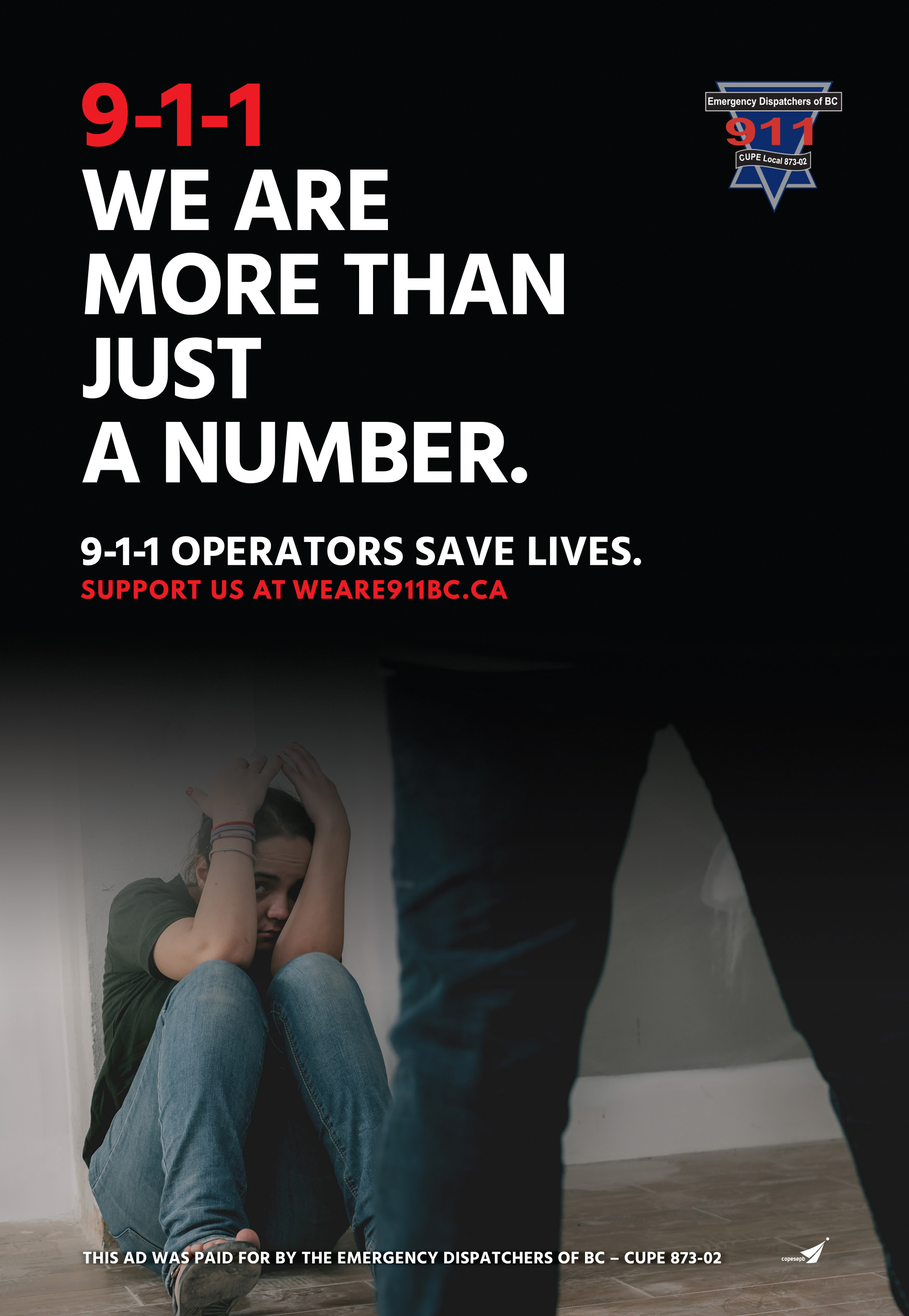