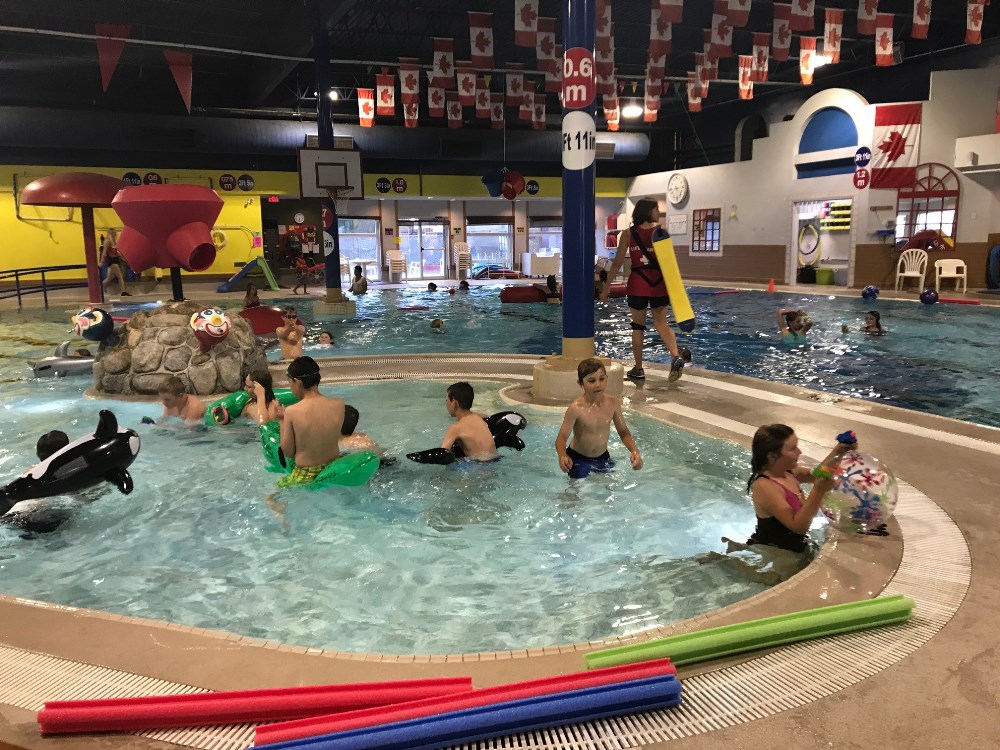 GRAND FORKS — Local residents enjoyed a free public swim at the Grand Forks Aquatic Centre on June 21, thanks to the sponsorship of CUPE Local 2098 (K-12 support staff). Swimmers of all ages attended, including 65 school-age children, kicking off the summer with a festive event.

“Everyone enjoyed the swimming and had lots of fun,” said CUPE 2098 President Janet Thorpe.

Members were so enthusiastic about the event, said Thorpe, that they suggested adding toys for kids to enjoy and take home at the end of the day. As well as squirt guns and inflatable toys, the local also purchased swimming noodles for donation to the aquatic centre. Members distributed flyers promoting the event at elementary schools in Grand Forks, Christina Lake, Midway and Greenwood.

Thorpe praised CUPE 2254 members who work at the Grand Forks Aquatic Centre. “All of the pool staff were wonderful to work with. They were so welcoming and accommodating,” she said.

As well as the sponsorship and branding items, each local produced mini posters and leaflets featuring member photos and quotes, to help put a face on ‘CUPE in the Kootenays.’

“This area has been through some tough economic times and families are still recovering from the flooding in 2018, so it was good to be able to give something back to our community,” said Thorpe.