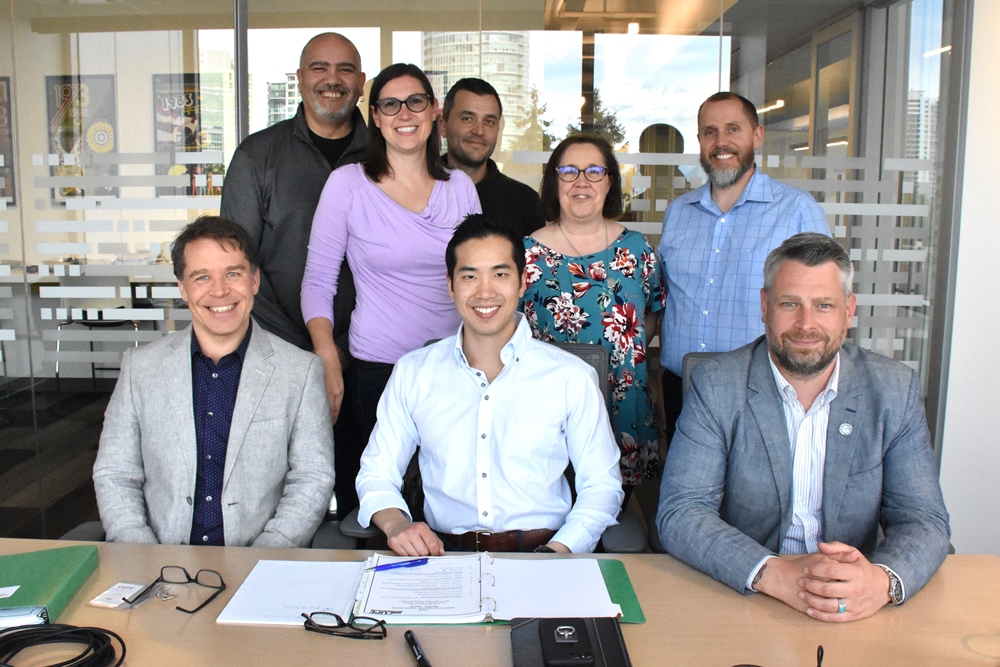 BURNABY—After a successful year of bargaining that saw its members achieve solid new collective agreements, increased visibility and new ways to address workload, CUPE’s Health Care Presidents Council (HCPC) met on May 15 to review progress so far, identify ongoing challenges in the sector, and solidify its relationship to CUPE BC.

At the meeting, Council members reviewed recent updates to the Community Health website (bcchs.cupe.ca), particularly new resources provided for the sector’s ongoing workload campaign. These include information post cards, customized for each local in the sector, on what action to take and who to contact regarding unsafe workloads, as well as tips on how to file a grievance.

In his report to the Council, CUPE Health Coordinator Chris Losito noted that low wage redress has now been implemented for members in the Community Health Bargaining Association (CBA), which by April 1, 2021 will bring those classifications to within 98 per cent of other Facilities Bargaining Association pay rates.

“Ultimately we’d like to see parity with Facilities overall, but this is a significant step in the right direction,” said Losito.

Presidents discussed a growing trend, among some employers under the Health Science Professionals Bargaining Association (HSPBA), of changing required qualifications for certain professions, now requiring a minimum of a Master’s degree. Vancouver Coastal Health, for example, has been doing this for social work positions without notice and without considering exceptions for equivalent experience. Agreeing that the same system should apply across all locals, the Presidents said they would monitor job postings in their respective areas and strongly encourage members who feel they have equivalent experience to apply for positions of interest.

“Once the locals sign off on it, the protocol’s adoption will ultimately expand the scope of the Council’s work, improve communication between its members and also between the HCPC and CUPE BC as well as between the HCPC and its allies in labour and the health sector.  The revised protocol agreement will also empower the HCPC to address urgent issues facing the sector in a more timely manner,” said Losito.

The HCPC is comprised of presidents and delegates from CUPE Locals 15, 1978, 3403-01, 3495 and 4816, each local representing members within two provincial collective agreements—the Community Bargaining Association (CBA) and the Health Science Professionals Bargaining Association (HSPBA)—as well as the QMUNITY collective agreement. Combined, these CUPE locals represent just over 500 members in the CBA and approximately 800 HSPBA members.

The group next meets on August 14 in Nanaimo.