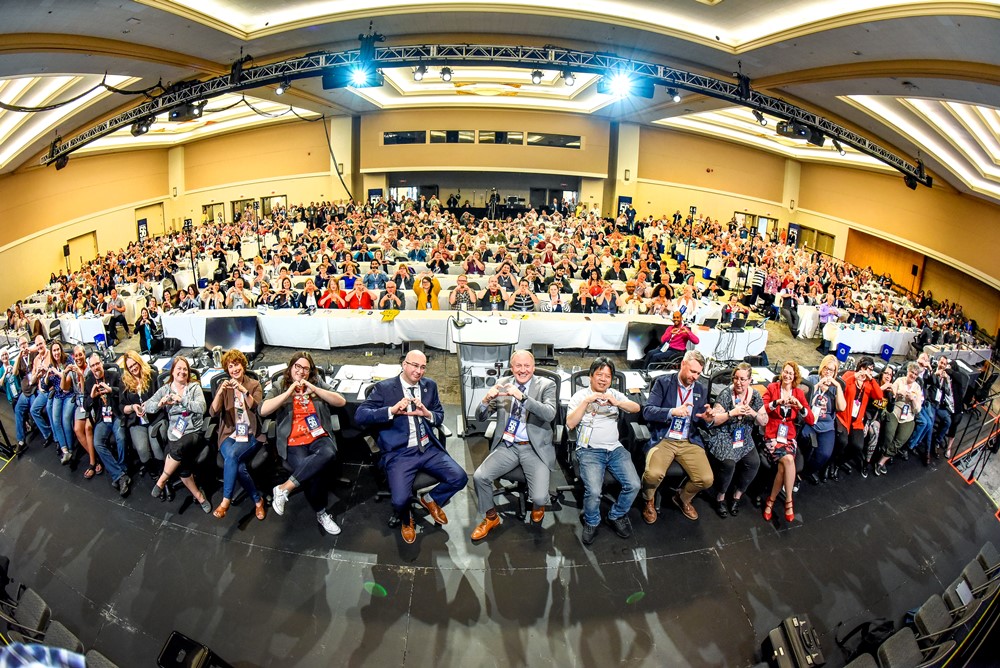 VICTORIA—More than 500 delegates wrapped up four days of debate at CUPE BC’s 56th annual convention in Victoria today, electing a new executive board, debating a wide range of resolutions, and passing an action plan to guide the union over the next two years.

CUPE BC President Paul Faoro, re-elected by acclamation, said he was inspired by the passion and dedication of the delegates.

“It sounds like a cliché, but convention really is our parliament, and it’s always inspiring to see how seriously delegates approach the important issues that come to the floor,” he said. “Delegates debated some difficult and potentially divisive resolutions, but did so with respect, and our union is stronger for the debate. Regardless of which side of an issue delegates took, we come out of convention even more united.

“I want to thank every delegate for giving up their time at home and on the job to participate in convention, and I’m honoured by their continued support.”

Delegates heard from a range of speakers, including a compelling presentation from author and LGBTQ2+ activist Ivan Coyote. Premier John Horgan addressed convention, earning multiple standing ovations as he laid out some of his government’s accomplishments for working people after less than 2 years in office. And BC Federation of Labour President Laird Cronk spoke about the Federation’s work to connect the labour movement more directly with the province’s Indigenous leadership to help implement meaningful reconciliation.

“It’s a real honour to be re-elected,” said CUPE BC Secretary-Treasurer Trevor Davies, who also was acclaimed. “As I said in my report on our finances, while we face significant potential and real challenges, we are well-positioned to take them on. And I’m really looking forward to getting down to work with the new executive board to continue to grow our union and help our members build stronger communities.”