BC Fed leader calls for more solidarity with Indigenous peoples 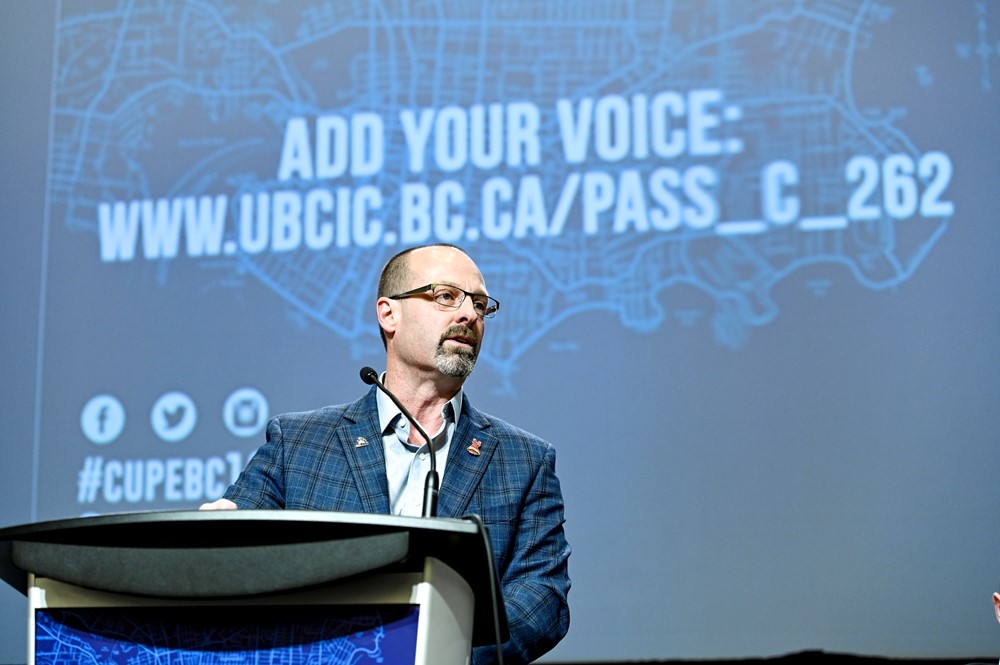 VICTORIA— The labour movement needs to build a solid relationship with Indigenous peoples and their elected leaders to further advance the goals of Reconciliation, BC Federation of Labour President Laird Cronk told delegates in his Saturday guest speech.

Noting that he and Secretary-Treasurer Sussanne Skidmore had committed the Fed to more meaningful action on Reconciliation in the wake of their election last fall, Cronk said he has developed a working relationship with Grand Chief Stewart Philip of the Union of BC Indian Chiefs and recently attended the UBCIC’s Grand Assembly.

“We share a lot in common. We share common values, and we both want the same thing: respect and dignity for the people we represent,” said Cronk. “The labour movement also believes in Reconciliation. We need to revitalize the relationship between Indigenous peoples and all Canadians, including working people.”

One concrete example of how labour and First Nations can work together, he said, is the effort to get federal Bill C-262 passed in the Senate. The bill, introduced by Quebec NDP MP and Cree Nation member Romeo Saganash, would ensure that Canada’s laws are in harmony with the United Nations Declaration on the Rights of Indigenous Peoples. (The Declaration was adopted by 144 countries back in 2007—but not by Canada.) Bill C-262 passed in the House of Commons last year, but is languishing in the Senate.

“The Senate needs to debate and pass the Bill before the end of June,” said Cronk, “or the legislation will die when the federal election is called this fall.”

Fed officers recently sat down with Indigenous representatives from the First Nations Leadership Council. The result was a decision to launch the first-ever joint lobby by the BC Fed and Indigenous leaders. Shortly afterward, they met with Independent B.C. Senator Yuen Pau Woo, who promised to help push Bill C-262 through the Senate.

“At the end of our meeting, Senator Woo paused and looked at us, and said: ‘Labour and Indigenous leaders speaking with a common voice – that’s powerful.’,” Cronk recalled. “Friends, that is what Reconciliation in action looks like.”

In his speech Cronk also praised the BC NDP government for introducing Labour Code amendments earlier this week—and CUPE for its role in achieving progressive change.