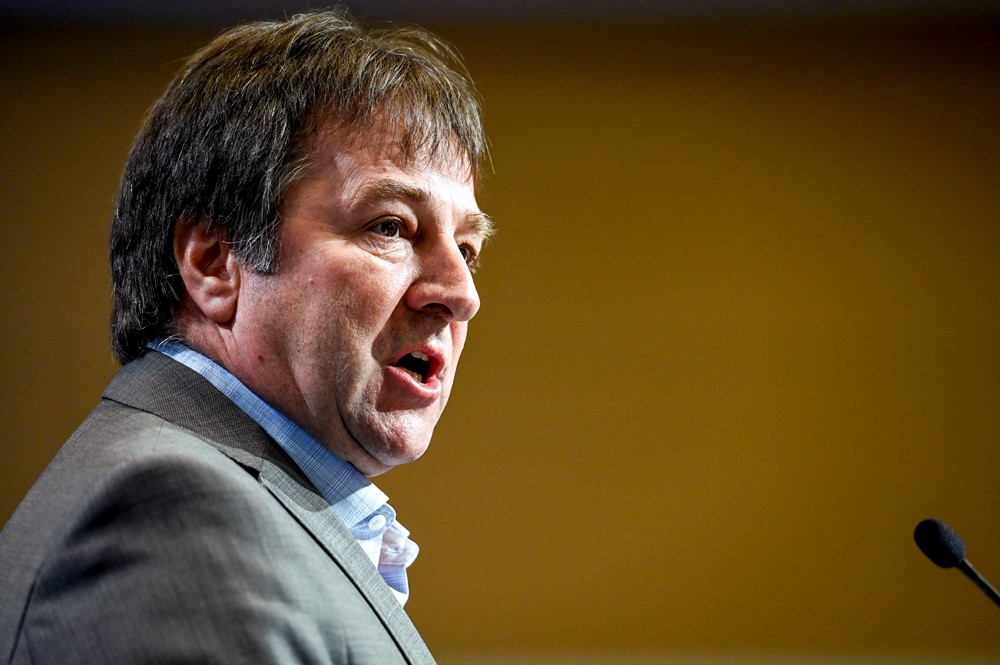 VICTORIA—Expanded growth in CUPE membership and per capita revenue has strengthened the union’s General and Defence funds—meaning an increase in resources and more opportunities to support locals in their work, National Secretary-Treasurer Charles Fleury told delegates on Friday.

Fleury said that CUPE’s per capita has begun growing at a faster rate than in recent years, with projected revenue this year increasing by almost $9 million. Thanks to organizing efforts, national membership increased by more than 30,000.

“It is not often that you hear your National secretary-treasurer say ‘I have a good news budget,’ but this year it’s true,” he said.

In preparing this year’s budget, the union considered 25 recommendations on a range of issues from the National Task Force on Staffing. Task Force goals were to review how the union is meeting local needs in today’s bargaining and political climate, make sure that increases in staffing help regions most in need, and look at ways to improve servicing.

“This work of the Task Force is very important. It is a starting point for more discussion and work in the future,” said Fleury.

In addition to 17 new staff positions and a new recruitment and internship plan under the General Fund, the Defence Fund budget has increases for cost-shared campaigns, new organizing and restructuring votes and the Strategic Directions budget for national and regional priorities.

“For the first time in history, our CUPE National Strike Fund will soon reach a hundred million dollars,” he said. “So locals across this country can be confident that CUPE National can support them when they need it. This is the power of a pan-Canadian union of six hundred and eighty thousand members.”

Fleury added that CUPE is committed to advancing the union’s human rights work across the country—including employment equity in CUPE staff.