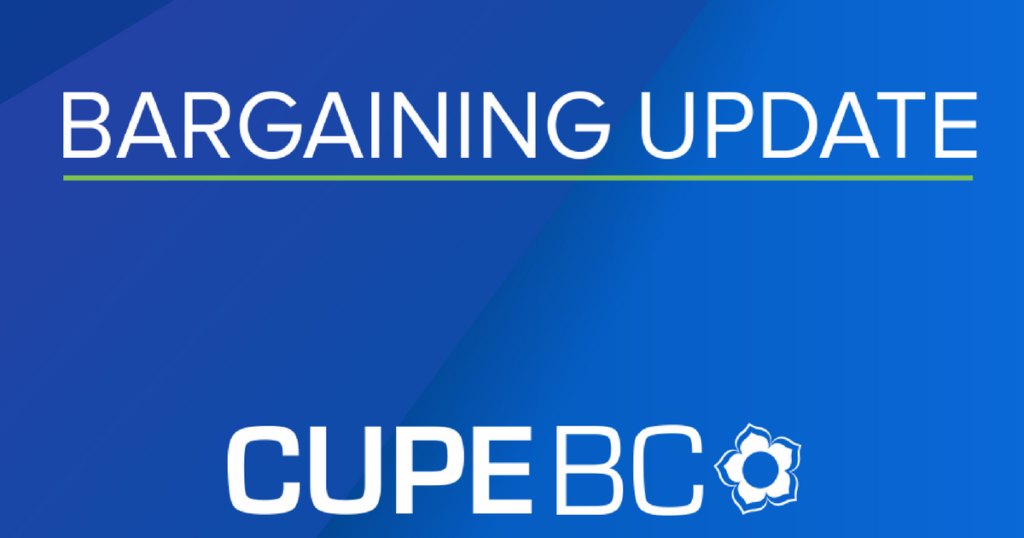 SAANICH –The Canadian Union of Public Employees (CUPE) Local 2011, District of Saanich and the Saanich Police Board have ratified a new four-year collective agreement for the period of January 1, 2016 to December 31, 2019. 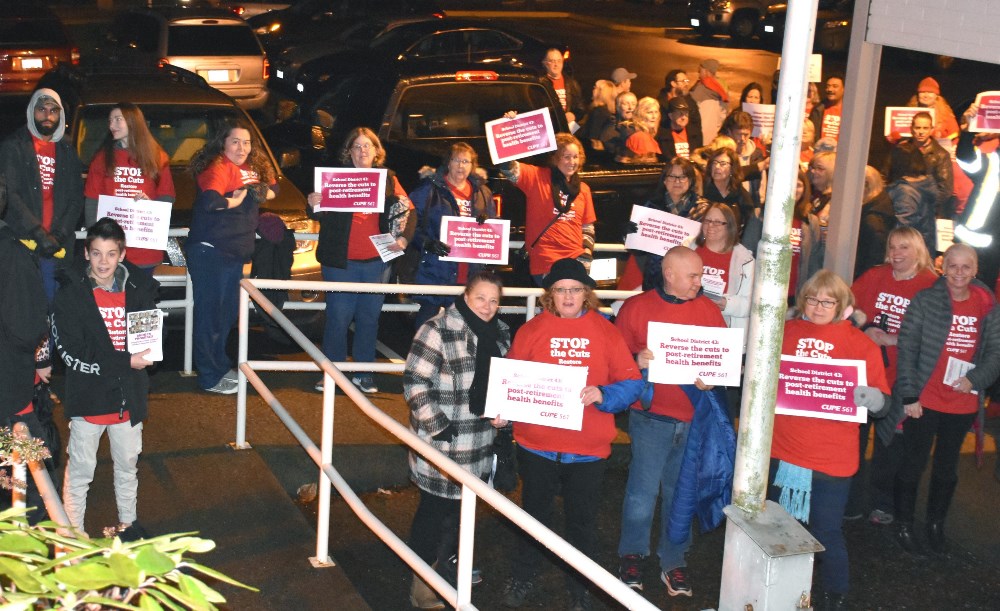 Around 80 members came out on a dark and cold night to support post-retirement health benefits for all retirees. COQUITLAM – In an evening rally that led straight to the regular school board meeting on November 28, a crowd of more than 75 members of CUPE 561 and other locals called on School District […]

CUPE BC Submissions to Government Commissions emphasize fairness and equality

British Columbia’s new government has initiated a number of public consultation processes since taking office, as part of its implementation of the BC NDP’s election campaign platform. CUPE BC has provided written submissions, along with oral presentations, to three major consultation processes in the past month. Read our submissions to the pre-Budget hearings of the […] 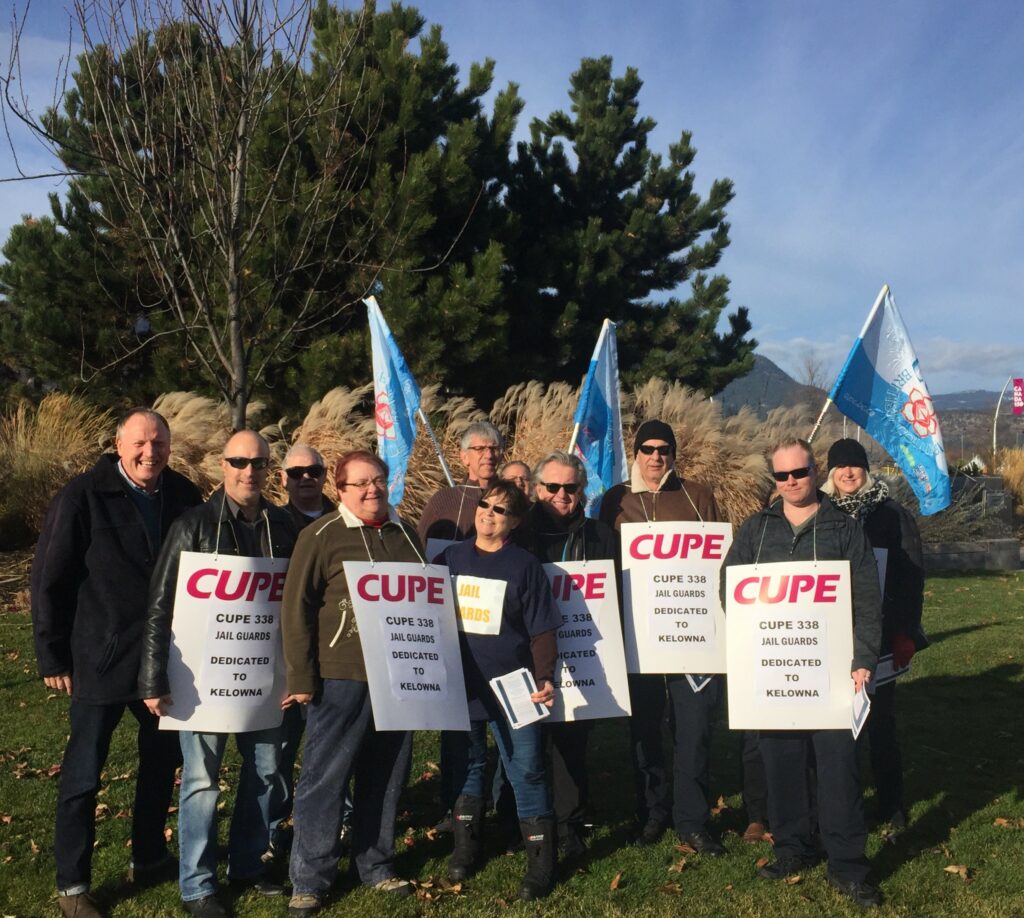 KELOWNA – A crowd gathered at Stuart Park today to support a fair first contract for CUPE 388 members who work as jail guards at the Kelowna RCMP detachment. After more than six months of negotiations the 17 jail guards are still without a contract. CUPE BC President Paul Faoro spoke at the rally and […]

VANCOUVER—Seven candidates running on a slate for the Pacific Blue Cross Board of Directors are all committed to returning the company to its roots as a progressive, non-profit extended health benefits provider that respects both plan members and employees. “Pacific Blue Cross needs new leadership that is in step with the B.C. labour movement’s values,” […]

BURNABY—Thanks to everyone who has taken the time to complete the Community Social Services Precarious Work Survey. For those who have not yet had the opportunity to complete the survey, this is a notice that the deadline has been extended to Tuesday, December 5, 2017. The CSSBA hopes this extension will allow members to participate […]

DUNCAN – CUPE Local 358 and the District of North Cowichan reached a tentative agreement yesterday (Nov. 22) with the assistance of a mediator appointed by the BC Labour Relations Board.

NAKUSP – CUPE 2450 members have overwhelmingly rejected the Village of Nakusp’s ‘last offer’ in a vote administered this morning by the Labour Relations Board at the request of the Village. 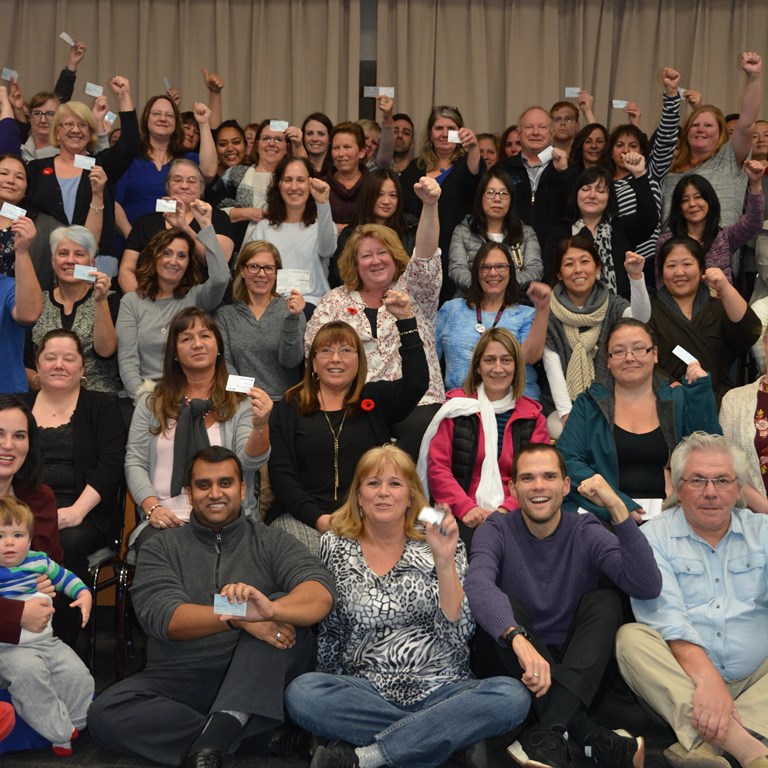 GET YOUR VOTE OUT—CUPE 1816 members at a recent local meeting flash their ID cards as a reminder to PBC members who plan to attend the December 13 AGM. BURNABY—Seven candidates with strong progressive backgrounds in labour activism and community involvement have put their names forward to run for the board of directors of Pacific […]