The time for complacency is over: anti-racism forum

UNACCEPTABLE—CUPE National Representative Rachna Singh holds up one of the white supremacist flyers left at Lower Mainland doorsteps recently. SURREY— In the wake of Donald Trump’s successful run for the U.S. presidency, the rise of racist hate groups and white supremacist propaganda can only be stopped with strong, united opposition at the community level, various […]

BURNABY—CUPE BC’s Executive Board is sending a second $1000 donation to CUPE Local 2974 members who’ve been on strike against the Essex County Library since June 25. The division previously donated $1000 to Local 2974 in September. “CUPE members always have each other’s backs, and particularly at this time of year our Executive Board wanted […]

VANCOUVER—News that Vancouver City Council is considering a 0.5 percent property tax increase to raise funds to address the ongoing and growing opioid overdose crisis shows again how provincial downloading of costs and responsibilities is hurting people, CUPE BC President Paul Faoro said today. “Cities and towns shouldn’t have to raise their own funds to […]

Writer Kara Stanley, her husband Simon Paradis and band mate Joe Stanton pose after their reading and musical performance with CUPE 1936 Vice-President and event organizer Sheryl Burns. NEW WESTMINSTER—An event held on December 3 to commemorate the International Day of Persons with Disabilities inspired a large crowd of union activists with a combination of […]

NELSON – Members of CUPE 339 have voted overwhelmingly in favour of job action at both the City of Nelson and the Nelson Youth Centre if they are unable to negotiate a fair settlement in the current round of bargaining.  The local which represents 85 employees who work at both locations held the strike vote […]

NANAIMO – More than 100 stewards from 24 CUPE locals gathered in Nanaimo last week for the second Stewards Conference hosted by the Vancouver Island District Council (VIDC). After a very well-attended first conference in 2010, planning for the second conference got underway. “CUPE declared 2016 the year of health and safety, so the organizing […]

VANCOUVER – At the close of the Education Sector Conference, delegates reconvened for a final plenary session. CUPE BC Secretary Treasurer Trevor Davies said that the goal of the conference was to provide tools for members to use in their locals and in their communities, and to develop the next wave of activists. “I think […]

VANCOUVER – The Education Sector Conference opened on Tuesday with a panel discussion moderated by CUPE BC Secretary Treasurer Trevor Davies on the theme Current Challenges and Future Solutions.  Mike Lombardi, duly-elected representative of the Vancouver School Board (and recently fired by the BC Liberal government) said, “It’s report card time now, and if I […] 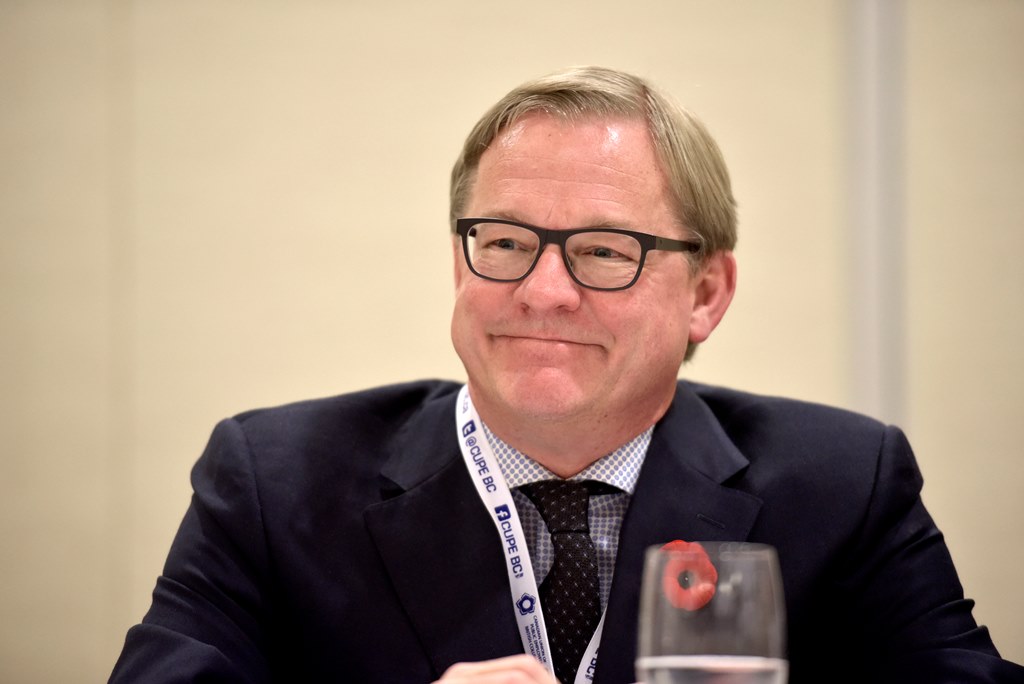 VANCOUVER – Delegates attending the opening of the CUPE BC Education Sector Conference enjoyed a rousing speech by CUPE BC President Paul Faoro and inspiring news from Albertan Minister of Education David Eggen on some of the Alberta NDP Government’s accomplishments in public education. “A Better Future for All – Investing in Public Education” was […]